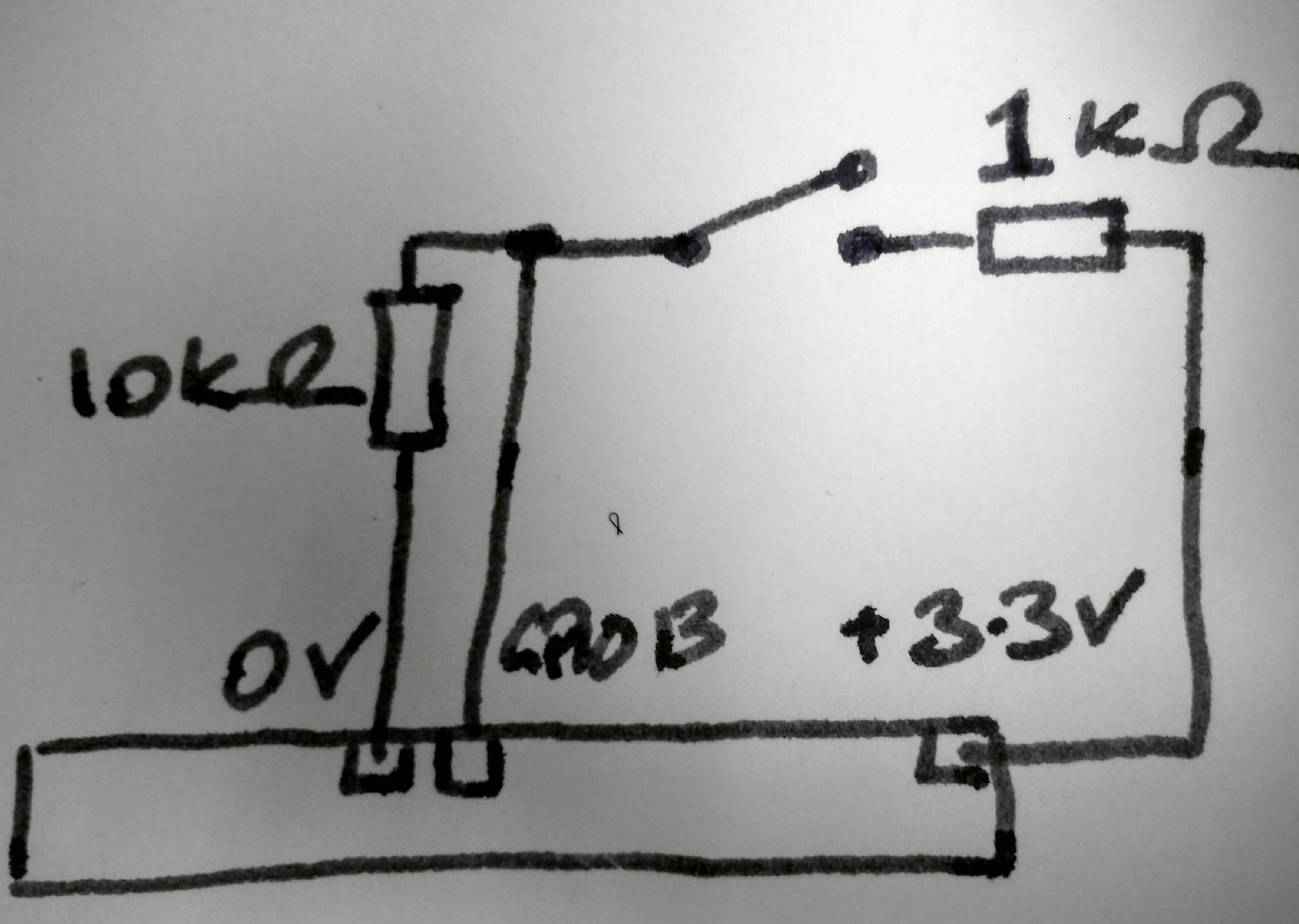 Using a very simple input script to read a button press, Python GPIO isn't reading high when the button is pressed. The wiring is correct - I have checked it using wiringpi readall.

Rpi. GPIO has been updated and is current and I've run the pintest script to test all pins are OK.

Is there anything I'm missing that could cause Rpi. GPIO to miss a high input pin that wiringpi is detecting?

Edit: I should have mentioned that I've already tried the pull up/downs, and even tried using physical resistors - still the same result (Without the resistors, I can see from wiringpi that the input is floating.)

I'm not at home to send a photo of the wiring - here's a sketch of the setup. However, I don't believe the physical setup is the issue since wiringpi is picking up the input without issue - it's just Python GPIO that's not behaving.

Consider setting the GPIO pin as a pull up or pull down resistor.
For example:
GPIO.setup(13, GPIO.IN, pull_up_down=GPIO.PUD_UP)
That sets it as a pull up resistor meaning of it is exposed to ground it will trigger the button being pressed.
You can read it with:
if GPIO.input(13) == False:
Print "desired print text"

Not the answer you're looking for? Browse other questions tagged python rpi.gpio wiringpi or ask your own question.

4
How to trigger GPIO event using an active infrared sensor
2
Python script failing with AttributeError: LED instance has no attribute '__trunc__'
0
Multiple Inputs through GPIO
1
Stuck with the "No access to /dev/mem. Try running as root!"
1
GPIO Inputs Update Priority
5
"Blinking" relay by toggling pins between input and output
1
GPIO.input(24) is coming back True when it shouldn't be (false button presses)
1
Why is HC-SR501 PIR motion Sensor always on?
1
GPIO pins not changing state