Getting RFID-RC522 to work with Raspberry Pi 2

Yesterday I bought the famous RC552 RFID read/write module to use with my Raspberry Pi 2B (I've also got an Arduino in the mail right now) and I've been trying to get it to work but I just can't. I started by installing python-dev. I then installed SPI-PY by downloading it from GitHub (https://github.com/lthiery/SPI-Py) and used sudo python setup.py install to install it. I then connected the module to my Pi using this diagram: 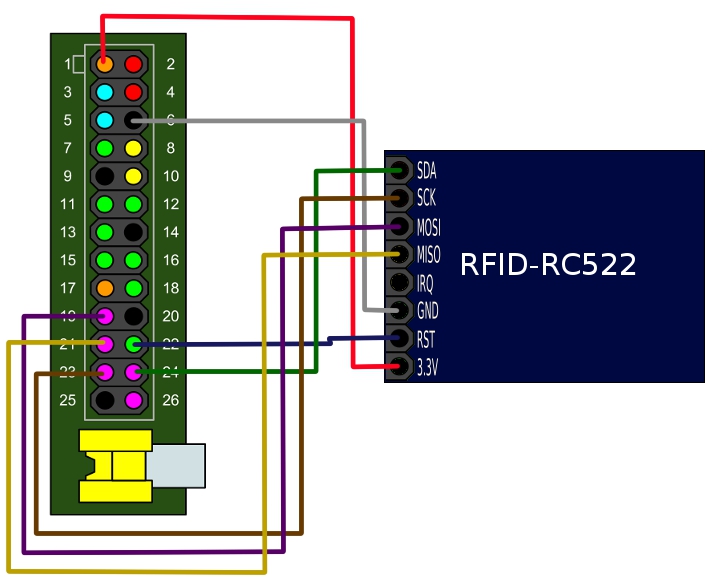 Then, I downloaded this library from GitHub (https://github.com/mxgxw/MFRC522-python) and ran the Read.py example application to try it out. Upon doing so, I got the following message: can't open device: no such file or directory. The program then halted. I tested to see if it was a line of code causing the problem, by placing the command print "Test" at the top of the document. I saw the following:

I definitely know it's something in the code now. I moved my print command down the document, until it was under this line:

Once it was under this, I only saw the error message. So I know it's this line.
I decided to try a different project, so I downloaded this one (https://github.com/ondryaso/pi-rc522). I ran the Read.py, but got the same message.
What's going on? Did I do something wrong? Your help would be greatly appreciated.

Apologies for putting the links as code, the editor said I couldn't post more than 2 links because my rep is below 10.

Make sure the SPI Interface is enabled:

Edit the file /boot/config.txt and add the following two lines:

Reboot the Pi and check if the SPI Interface software is running:

You can also check:

I found this solution here and it worked for me.

To get this working, the easiest is to fire up the graphical environment and go to menu->Preferences->Raspberry Pi configuration and there enable in the interface tab the spi line....

the diagram you show is for the old raspberries, the new one have 40pins, not 25

Not the answer you're looking for? Browse other questions tagged rfid or ask your own question.