We're running a Raspberry Pi 2 B as a Tomcat-Server and meanwhile it became quite warm so I'm thinking of using one of the old CPU-Fans (12V) we're having around.

Unfortunately I couldn't find any proper documentation how to do it with my Raspberry. For the first model I could find some useful information which referred to the usage of holes close to a capacitor. The black and the red cable should be used, the white one removed.

On my model I couldn't find them, just "run" holes, but according to the information available online those have a different purpose.. 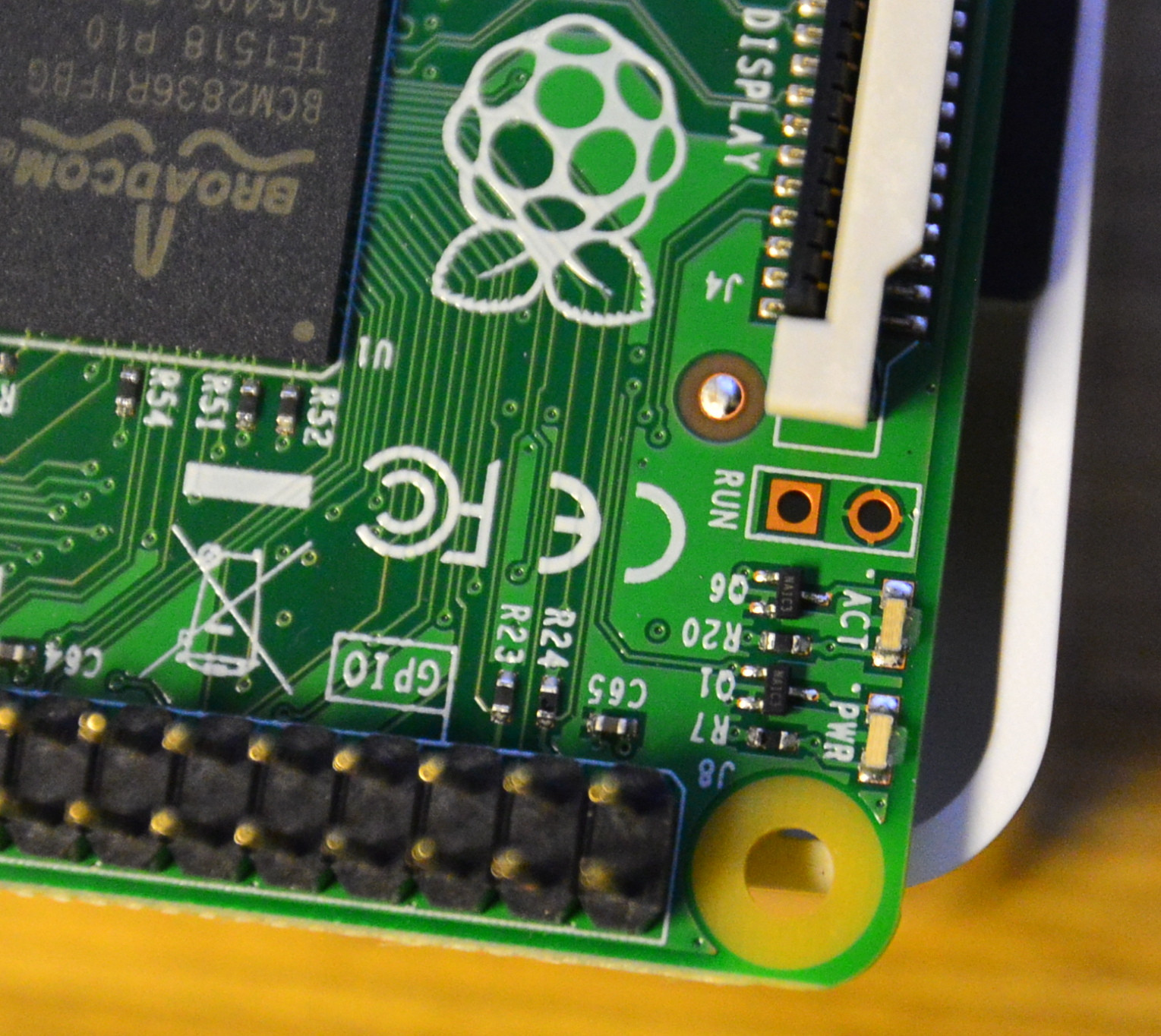 Some other sources refer to the usage of the GPIO-Port, but so far I have no idea what to do with my Germany-coloured cable. Should I just cut off the yellow line?

And is it safe to use it? And which Ports should be used? One fella here seemed to have used a 14V pin and his Pi died: How to connect a 12V fan sensor wire to the Pi

What would you recommend me to do? 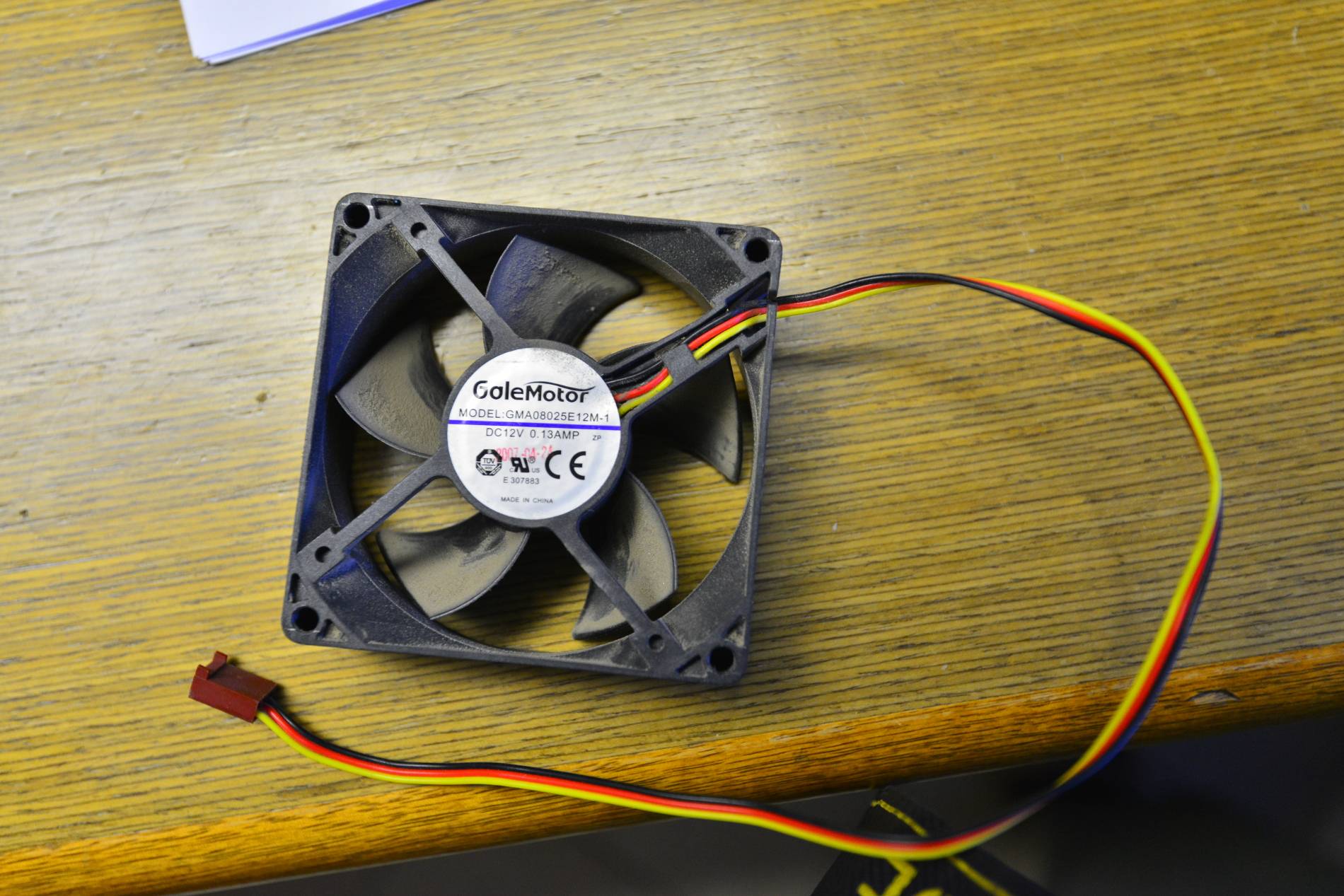 I doubt you can power the fan from the Pi. The Pi only has 5V and 3V3 rails. You could try connecting to a ground and 5V pin but I doubt anything would happen.

So you will probably need an external 12V power supply.

There is no point connecting the yellow wire. It tells you the RPM (two pulses per revolution). The fan will be running full speed as long as power is applied.

The run pads are to reset the Pi. Nothing to do with a fan.

I realize this is well past its date, but your really better off with a 3.3v or 5v fan rather than trying to recycle an old case fan.

Even if the fan's power needs were more of a match, the larger fans require more torque to spin the blades and that will draw more current. 40mm 3.3v or 5v fans are a good soft limit for trying to power from the RPi itself.

I give you full props for trying to up-cycle that old computer case fan, but it really isn't a good fit here due to the limits of the RPi power supply.

A quick google search will find a number of inexpensive 40mm 3.3v fans out there. There are even some specifically designed with mounts for use with RPis.

As for how to do it: take two male-to-female jumper wires color matched to the wires on the fan cord (ignoring the yellow wire) and then plug the male end of the jumper into the fan's socket. Then take the female end of the jumpers and plug the red one into pin 2 and the black one in pin 6 of the GPIO as shown in this diagram.

The image here is cropped from the instructions for powering the Raspberry Pi 7" touchscreen, but it will work for powering fans or anything else that just wants 3.3VDC power.

You can use a 12 volt fan, it will just run slower. The red should be power, the yellow is for sensing the fan rpm (for which you'd need additional circuitry). You should be able to pop the pins out of the connector and arrange them appropriately. I recommend Delta, Nidec, or Panaflo fans.

Not the answer you're looking for? Browse other questions tagged pi-2 cable cooling or ask your own question.

2
Raspberry pi Model B - Control a mini fan
1
Automating my fan based off of the CPU temperature
0
How to add a fan to the Pi
0
How to connect 6 pin connector to Pi 2
5
How do I control GPIO-connected fan via code at a certain CPU temperature?
3
Where do I plug in a 5V mini fan on a Raspberry Pi?
1
Adduser command missing