pitft r28 display does not turns off after shutdown command

pitft r28 display does not turns off after shutdown command , please check the attach image 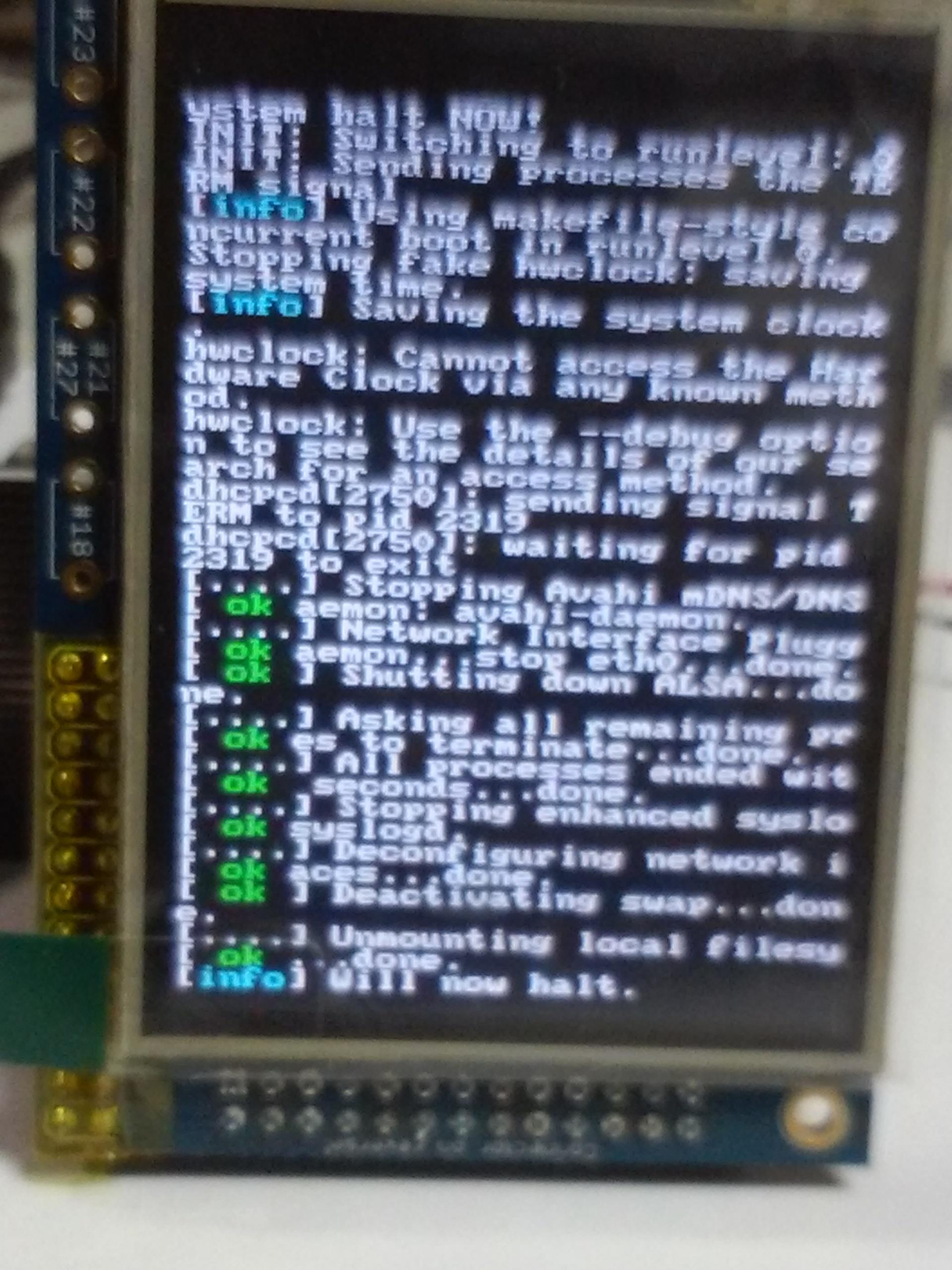 Unless you turn the screen power off, there's no reason it should do anything different than what you see. It does not mean the system is still running, just that the screen is on.

Note that you can't turn the pi off; you can only remove the power (in which case I am sure the screen will go off). This is why if you attach a screen and shut the system down, it may remain with the last content the operating system left there. "May" because in some cases the OS may de-initialize the hardware appropriately (e.g., I think it does this with HDMI). However, if it doesn't, this is what you're left with.

I don't believe the GPU itself, the RAM, or any other part of the SoC can be shut off, so you are left with the same pathway active there, although the content are frozen. In fact, the exact same thing will happen with a desktop (or laptop)1 if the hardware is not powered off at the end -- note this is a distinct thing from shutting down the system, which does not necessarily change the state of the power. It may refer to just stopping the OS (aka., "halting"; that and "power off" are more specific terms than "shutdown").

Halting and powering off are really activities carried out by the init system, to which commands like halt, shutdown, and poweroff dispatch. I mention this because if something that's supposed to happen doesn't happen, that's where to start digging. However, in this case I don't think there's any such problem. There is no way to turn off the power, the pi is either plugged in or not. There may be a way to turn that screen off (obviously there's a way to blank it), but evidently if there is it's not being done; you'd have to figure out what it is and arrange it. If it is obviously on (regardless of whether it is blank or not) from when you plug in the power, then there may be no way to turn its power off without adding a switch, particularly if the documentation does not mention one.

Not the answer you're looking for? Browse other questions tagged pitft or ask your own question.

2
Can you loop a animated gif via mplayer to display on adafruit Pitft
2
PiTFT doesnot work after rpi-update
1
mini display with OpenGL support to run Qt gui applications
1
startx — -layout HDMI -layout TFT # at the same time?
0
Kivy and 3.5PiTFT
1
How to extend screen with a Raspberry Pi 2 with PiTFT?
8
Touchscreen display turns off whenever audio plays (RPI2, DAC+, PITFT)