SSH to RPi without a network connection?

Is it possible to SSH in to an RPi without a network connection?

I could imagine that you could do it using a LAN cable from the computer to the RPi or maybe using a USB cable.

I do actually have access to a network, however it doesn't allow incoming connections (even from local IP's) to any ports except 80 and 443 I would imagine.

First we must enable the SSH server on the Pi, which is disabled by default for security.

If you already have a shell on the Pi through a non-SSH method such as screen + keyboard or UART (see below), just run:

as explained at: SSH not working with fresh install This persists across boots.

Otherwise, insert he SD card on your host, and create a magic empty file named ssh file in the boot/ partition.

On Ubuntu hosts, it gets mounted automatically and you can do just:

which you can confirm with:

If you don't enable the SSHD daemon on the Pi then SSH connection will fail with:

when we try it later on.

After enabling the SSH server

Next, boot the Pi, and link an Ethernet cable from your laptop directly to the Pi: 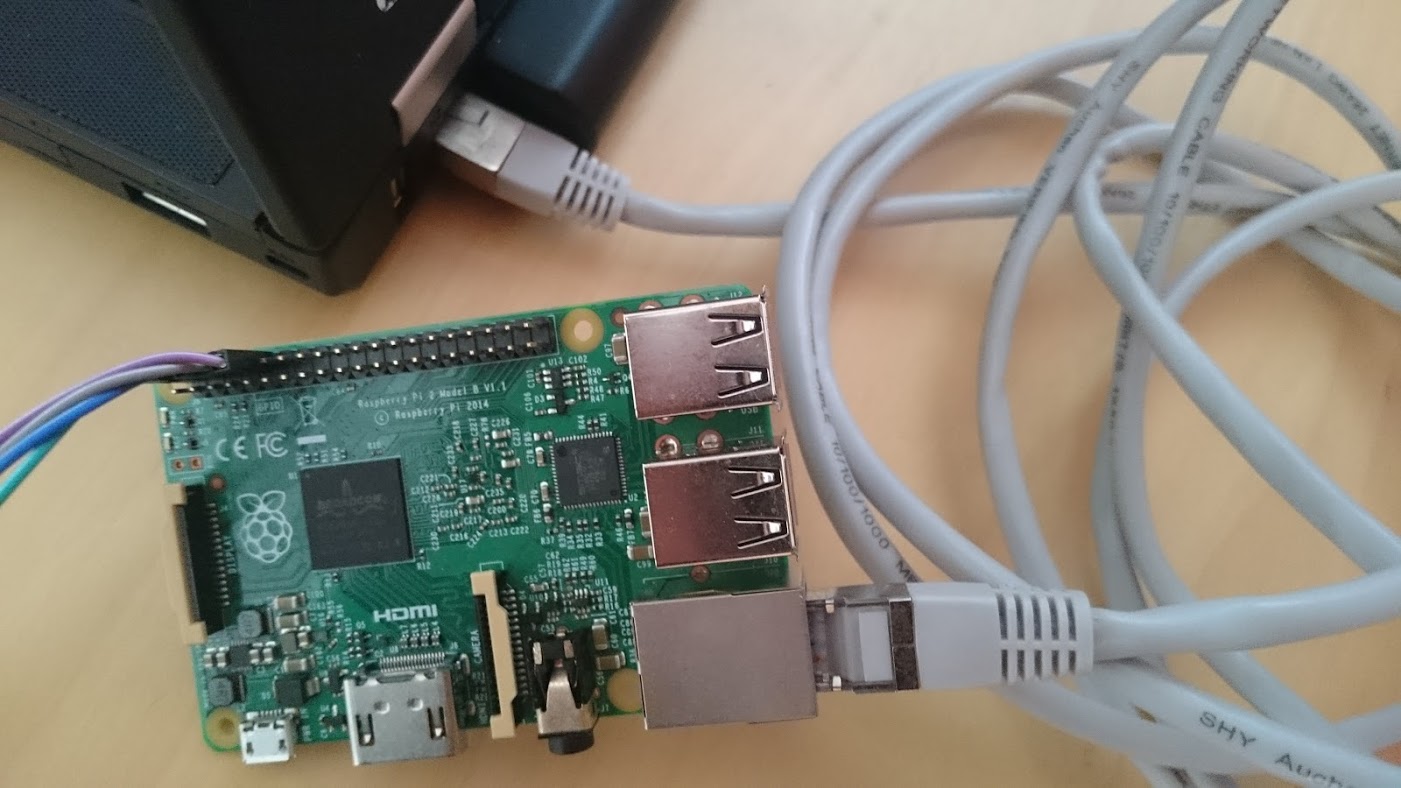 On Ubuntu 17.04 to work around this bug as mentioned on this answer you first need:

On the host, open the network manager: 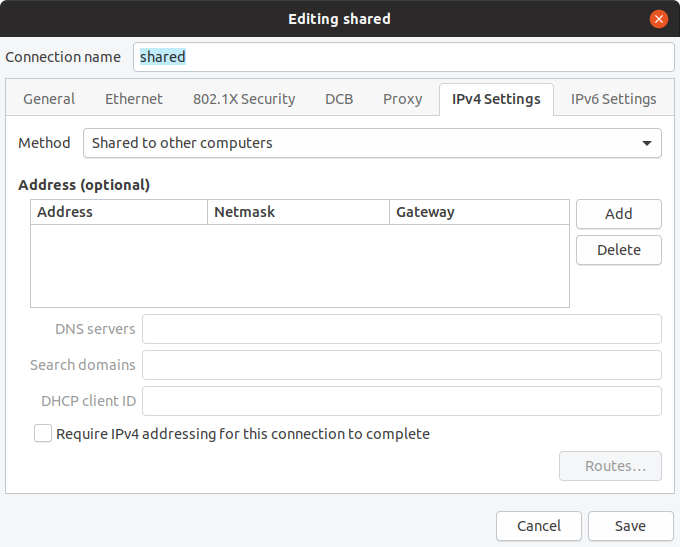 Find the IP of the Pi on host:

I also have the following in my .bashrc:

From inside the Pi, notice that it can access the internet normally through your host's other interfaces:

For example on my laptop, the Pi takes up the Ethernet, but the host is also connected to the internet through WiFi.

The crossover cable is not required if the host network card supports Auto MDI-X. This is the case for most recent hardware, including for example the 2012 Lenovo T430 I tested with, which has an "Intel® 82579LM Gigabit Network Connection" which documents support for Auto MDI-X.

Now you can also:

This is an alternative to SSH if you just want to get a shell on the Pi: https://en.wikipedia.org/wiki/Serial_port

This does not use SSH or networking itself, but rather the older, simpler, more direct, more reliable, lower bandwidth, lower distance serial interface. The Pi won't have access to the Internet with this method.

Desktop computers still have a serial port which you can connect directly wire to wire with the Pi, but these are hidden in most laptops, and so we need to buy a cheap USB adapter. Here I've used: https://www.amazon.co.uk/gp/product/B072K3Z3TL See also: https://unix.stackexchange.com/questions/307390/what-is-the-difference-between-ttys0-ttyusb0-and-ttyama0-in-linux/367882#367882

First plug the SD card on the host, and edit the config.txt file present in the first partition to add:

Now connect your computer to the Pi as: 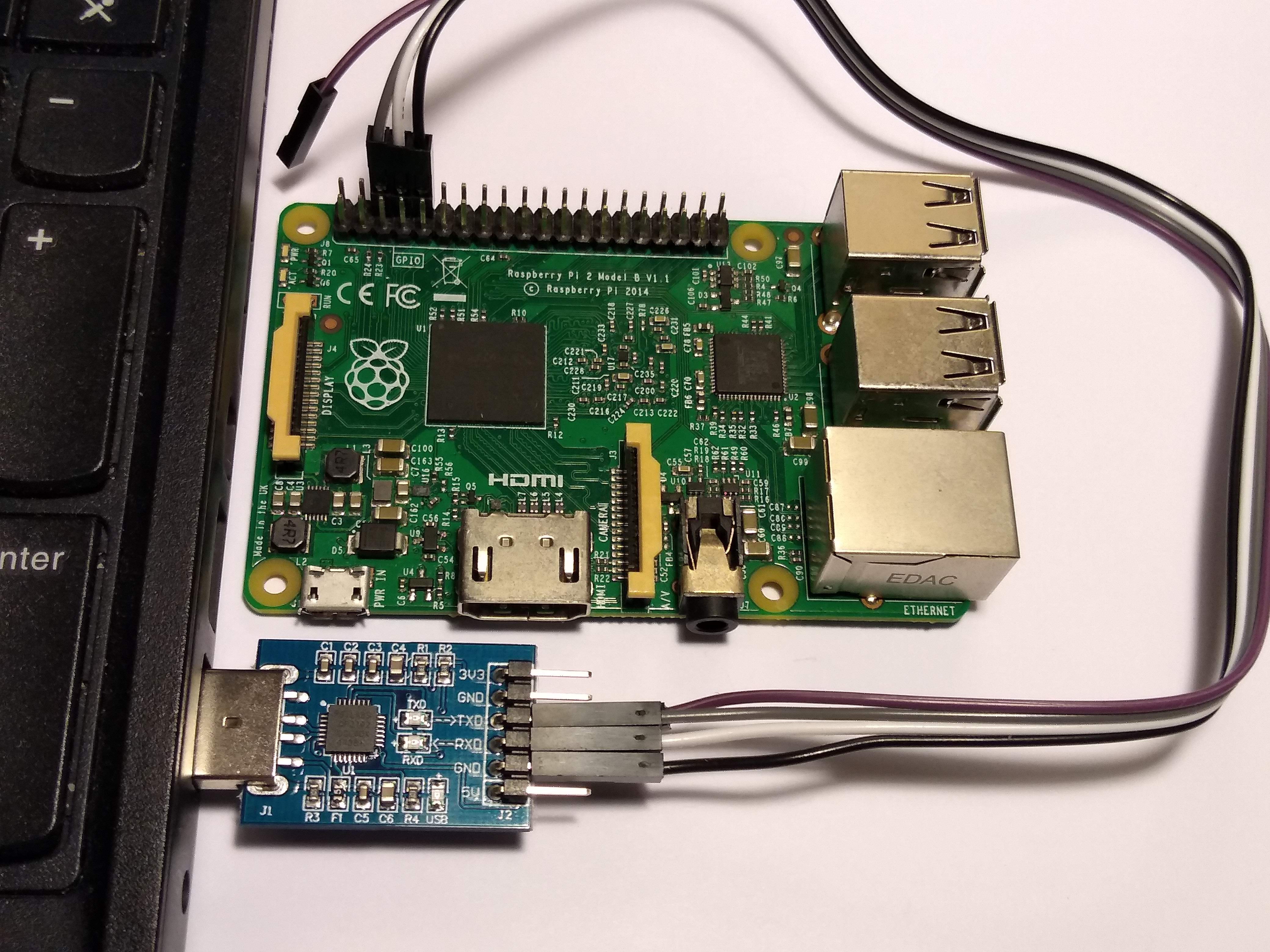 You only need to attach 3 cables:

This is also documented at: https://www.raspberrypi.org/documentation/usage/gpio/README.md

Be careful not to link the Ground to the 5V, I've already burned 2 UART to USB chips by doing that!

You don't need to connect the 5V to the 5V at all. I think you can power your Pi like that, but I've read that this is a bad idea, just use the usual USB power source.

Finally, plug the USB side of the connector to your host computer, and get a shell with:

Here is a video by Adafruit showing it: https://www.youtube.com/watch?v=zUBPeoLW16Q

You can easily do it by connecting your pi to laptop via LAN cable. Please make sure that (at list while you are doing it first time) you have dhcp server working on your laptop and listening on LAN interface you are using to connect with pi. You need somehow assign address to raspberry.

see this post SSH from Android to rPI using USB?

The problem is that you want to connect 2 devices of the same type. But it's still possible. You can use a Crossover cable for this (Method 1), or you could use a switch or hub to automatic make a crossover connection (Method 2). Or just use a simple router (Method 3).

Use a Crossover cable and connect your PC and PI:

An Ethernet crossover cable is a type of Ethernet cable used to connect computing devices together directly. Normal straight through or patch cables were used to connect from a host network interface controller (a computer or similar device) to a network switch, hub or router. A cable with connections that "cross over" was used to connect two devices of the same type: two hosts or two switches to each other. Owing to the inclusion of Auto-MDIX capability.

You need to connect the cables in the UTP cable like this: http://www.incentre.net/wp-content/uploads/2015/02/ethcablerj45cr.gif

You also can use a modern twisted pair Ethernet cable to connect to your PI. But you need a hub or switch for this:

connections can be made with a straight-through cable by means of an MDI-X port, also known as an "internal crossover" or "embedded crossover" connection. Hub and switch ports with such internal crossovers are usually labelled as such, with "uplink" or "X". For example, 3Com usually labels their ports 1X, 2X, and so on. In some cases a button is provided to allow a port to act as either a normal or an uplink port.

Introduced in 1998, this made the distinction between uplink and normal ports and manual selector switches on older hubs and switches obsolete. If one or both of two connected devices has the automatic MDI/MDI-X configuration feature there is no need for crossover cables. Although Auto-MDIX was specified as an optional feature in the 1000BASE-T standard, in practice it is implemented widely on most interfaces. Besides the eventually agreed upon Automatic MDI/MDI-X, this feature may also be referred to by various vendor-specific terms including: Auto uplink and trade, Universal Cable Recognition and Auto Sensing.

Use a Router and connect both the PI and PC to the Router.

Give them both an IP in the same range, for example:

You can find here how to do this: http://www.cyberciti.biz/faq/linux-configure-a-static-ip-address-tutorial/

Connect to the PI

On Windows use for example Putty.

You also can look here: http://www.linux-usb.org/usbnet/

Not the answer you're looking for? Browse other questions tagged usb networking ssh or ask your own question.

162
Prepare for ssh without a screen
82
How to set up Raspberry Pi without a monitor?
52
SSH not working with fresh install
20
Can I directly connect to my Pi wirelessly without a router?
6
SSH from Android to rPI using USB?
2
Supplies for non-internet connected, wire-only machine
0
Ubuntu 17.04 direct shared Ethernet connection fails with "Active connection could not be attached to the device."
2
Wifi shared through ethernet cable [Ubuntu]
1
Controlling the Pi 3 via a USB cable to a smartphone without an internet connection?

0
Configure Network adapter in Windows to connect to RPi
1
Network bridge from win7 to RPi
1
Visibility in network after internet sharing
1
Cannot SSH FROM Raspberry Pi to Xubuntu machine
1
How to build access point (from internet into local network) using RPI?