Binary garbage on the UART when powering the RPi

I have a strange issue I cannot figure out. I have a thermal printer (https://www.adafruit.com/products/597) plugged to the UART (/dev/ttyAMAO).

I configured the RPi to remove the console on /dev/ttyAMA0 with the following:

My project is running fine, except for one little thing.

Immediately after powering the RPi, the printer sometimes prints 5 random characters, as if something was sent to the UART. 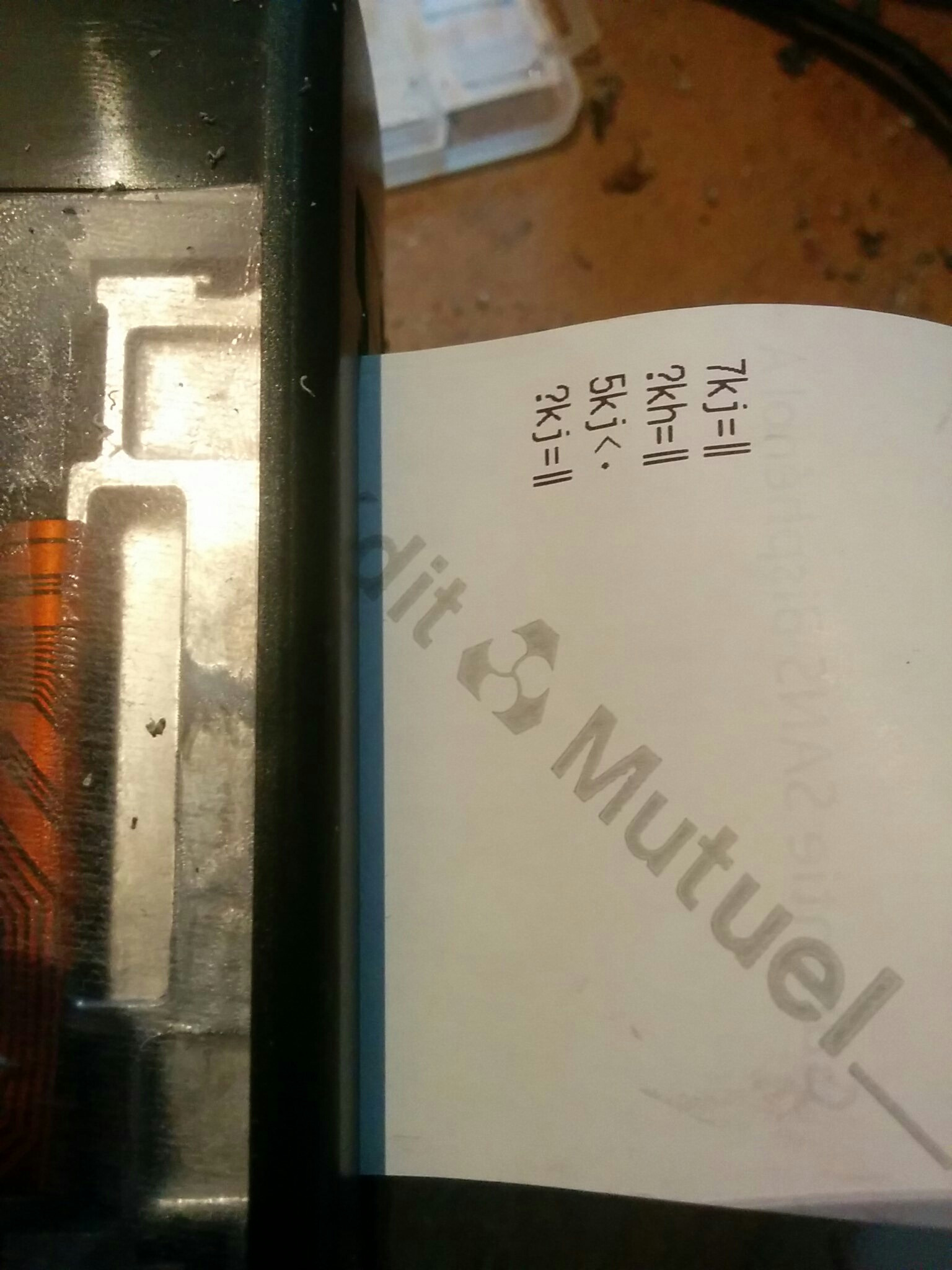 Any idea from where it's coming from?

Additional info: - the RPi is a model B - it runs Raspbian Jessie Lite

The Pi's UART has a fault (in the firmware). Whenever the port is opened there is a 30 µs low glitch on TXD.

See http://elinux.org/RPi_Serial_Connection#Unwanted_serial_garbage_input and search for glitch.

You will need to find a workaround as the fault will not be fixed.

If these are wrong-baud-rate garblings of the the messages produced by the Kernel startup code, you could remove them by commenting out or disabling the lines in arch/arm/boot/compressed/misc.c which produce those, typically something like:

plus some atypical error cases, which you might want to leave intact.

The actual justification for this answer though, is that if you don't feel like setting up a build environment for the kernel, you could also leverage the fact that these are null-terminated strings, by using a hex editor on the raw kernel file to overwrite the initial characters of each argument ("U" and " ") with null (ie, 0x00). Make sure if you do this that you overwrite rather than insert, as the latter would render the remainder of the kernel meaningless.

An electrical gating of the transmit data line with a GPIO should also be fairly simple.

Not the answer you're looking for? Browse other questions tagged boot serial boot-issues uart or ask your own question.

1
Enabling the UART port on a Raspberry PI
1
/dev/ttyAMA0 only working when another USB/RS232 converter plugged in
1
Trouble receiving UART data?
2
RPi3 is not booting after editing /boot/cmdline.txt -- also unplugged the power after rebooting
7
How to emulate raspberry pi 2 on Ubuntu 14.04 PC?
0
Strange behavior with GPIO serial connection
4
Can't boot after adding a third partition to sd card