Install of Raspbian Jessie does not work

When I tried to install Raspbian Jessie, on the first boot my Raspberry Pi 2 got stuck on:

"A start job is running for LSB: Set console font and keymap"

This is a link to a list of SD card's.

For what its worth I had this exact same problem. I tried swapping all peripherals, two different Pi 2 Model B's, different power supplies and two different cards. These combinations had all worked fine with Wheezy but didn't play ball when it came to running Jessie - both an upgraded version and a clean downloaded image. 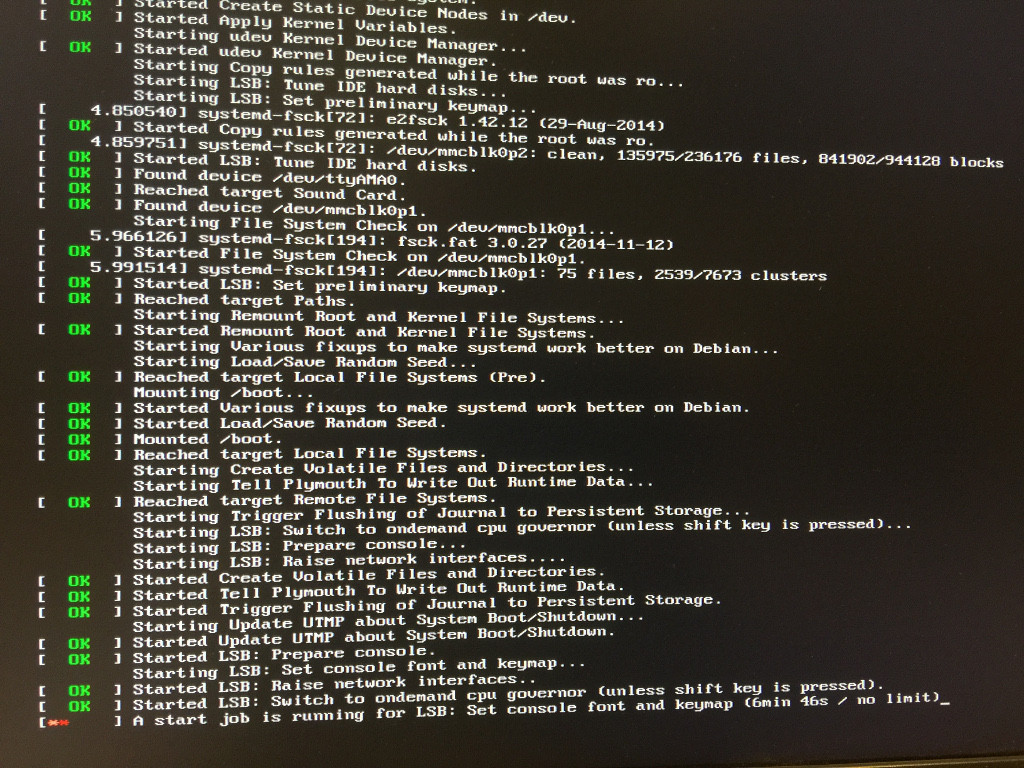 I came across this post and although I had tried two different cards they were both the same make/model (Delkin Micro SDHC 8GB class 10). I also noticed that the green ACT LED stayed on solidly once the boot process hung. So the final thing I tried was swapping in a third SD card from a different manufacturer - an SanDisk Ultra I had previously used for a GoPro. This booted up first time! It would therefore seem that the newer Raspbian images are much more sensitive to the type of card used.

Not the answer you're looking for? Browse other questions tagged raspbian boot raspbian-jessie or ask your own question.