I'm student from Czech and currently I'm working on a meteostation project. I've got an arduino set up, with plenty of weather sensors, as well as WH1080 sensors connected. But right now, I'm only able to read the data via serial port on a computer with arduino IDE or show it on my 20*4 display. As the distance where I need to transfer the data once I finish this is unsuitable for wireless receivers, I found these MAX 485 modules on ebay for cheap. 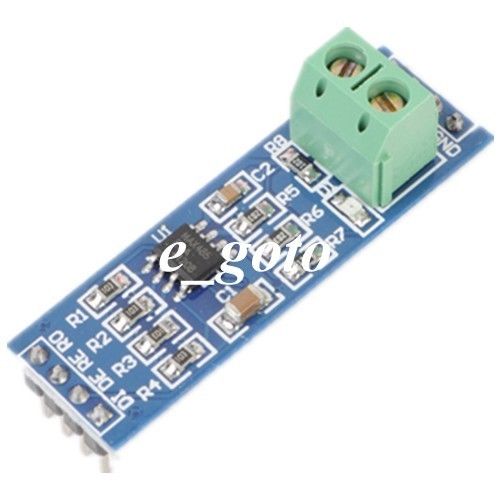 I quickly got 2 pieces, as well as 5v-3.3v logic level shifter, as I was concerned about different level on the Rpi. I don't know much about Pi's and their pins, as the only thing I've used with them is a DS3231 real time clock module.

Now, the thing I'm trying to achieve is this - I want to be running a bunch of sensors at roof of our house, and have the arduino send the data to Raspi over the rs485 (on request? as the sensor loop would be like 10-15min so maybe communicate on interrupt?) What I'm planning to do with the data on the raspi would be running a software like WeeWx or wfrog to process them and possibly render a local website, that I could make public as port forwarding (i have public IP).
However, there are few questions I have, hopefully its not too much to ask 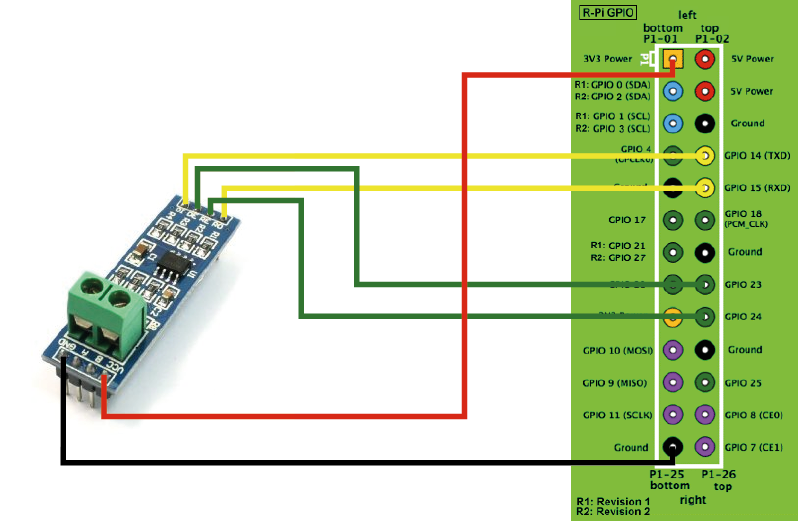 The wiring looks like this, all the rest is better starting with a manufacturer's manual on the 2nd link. One piece of advice - look for ttyAMAx intefaces BEFORE and AFTER plugging your device - the default number 0 and corresponding name /dev/ttyAMA0 may be not always the same, i.e. having it on /dev/ttyAMA1 is totally OK - it depends on many factors

Not the answer you're looking for? Browse other questions tagged arduino communication or ask your own question.

2
Reading data from external device
5
Raspberry Pi to Arduino (Leonardo) avoiding latency
1
How to switch on LED by php interface with Raspberry | Arduino
6
How to communicate between Pi 3 and an Arduino using UART from GPIO?
3
Serial Communication between Raspi and Arduino Mega
0
Data transfer of UART over USB too slow