What are the differences between the Model 2B and 3B?

Having seen an official part/order number (SC14012 or SC14014 with 16GB micro SD Noobs software) including what looks to be a real photographic image in a recent (2016/02/27 "Computer World" March 2016 issue) weekly mail-out from CPC the Retail Consumer arm of Farnell, who are one of the Official UK retailer of Raspberry Pis I am asking what differences there actually are between it and the 2B? 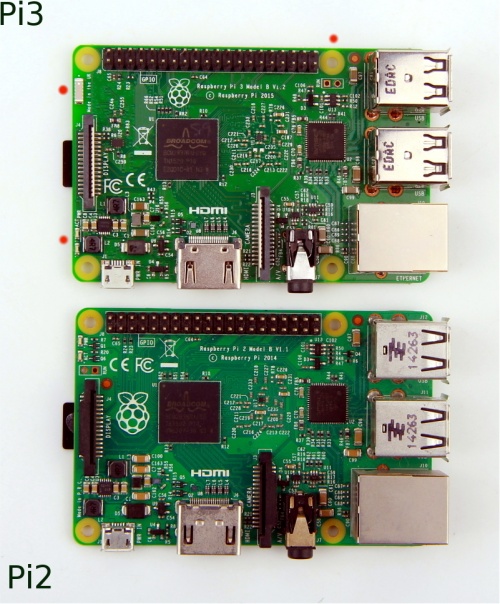 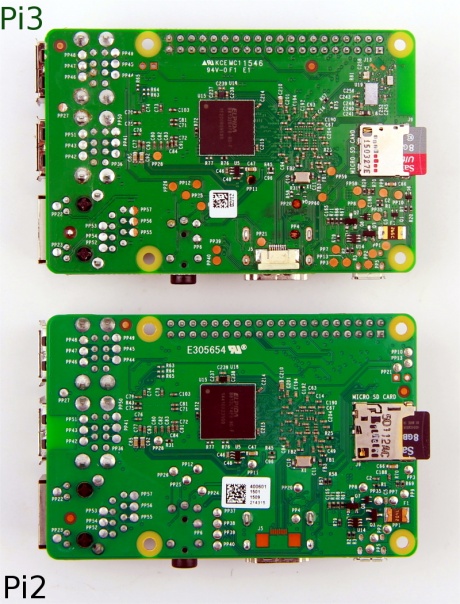 From the information I am able to glean from that image and the accompanying text:

So: I would expect different (better) Power Supply requirements and different/extra drivers for the WiFi (but they may already be on hand for previous users of the Official RPi WiFi adapter)!

What else differences are users aware of in practice?

This posting shows the March cover of The MagPi which claims that the Pi-3 is 64 bit.

I sure hope that it has USB-3 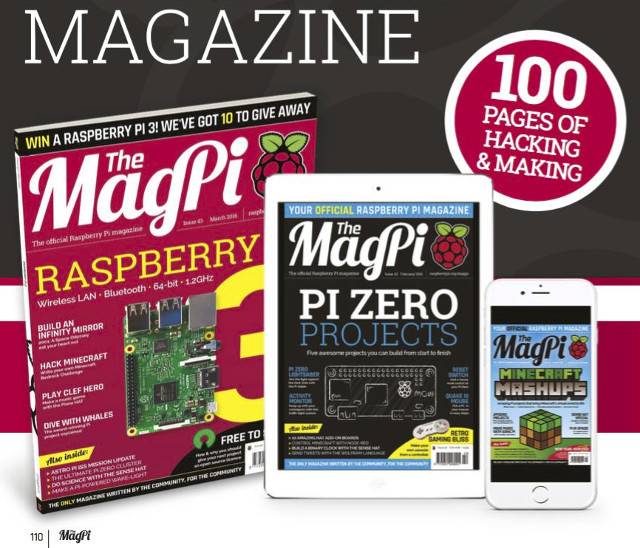 Comparing the 3B to the original 2B, the following differences are encountered:

A boardcom bluetooth/wifi chip has been added connected to the SoC over SDIO (for the wifi) and serial (for the bluetooth).

The LEDs and run header have been moved to make space for the wifi/bluetooth circuit (on the bottom) and it's antenna (on the top).

The SoC has been replaced with a new model that sigificantly increases the clockspeed and replaces the A7 cores with A53 cores. Initially only 32-bit kernels were available but later 64-bit ones also became available. 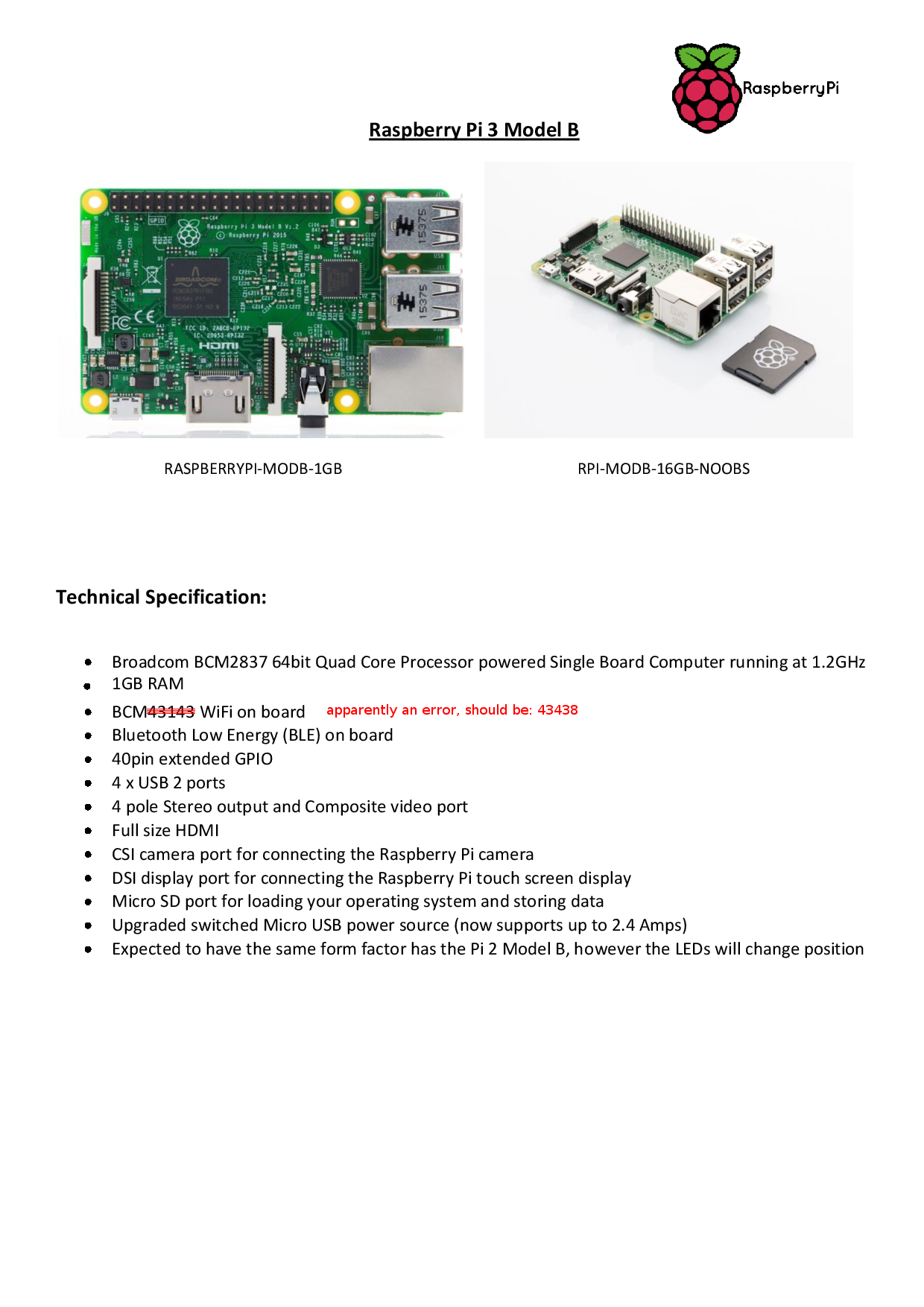 Not the answer you're looking for? Browse other questions tagged pi-2 pi-models pi-3 or ask your own question.