Can This UPS(UNINTERRUPTIBLE POWER SUPPLY) Run a Raspberry Pi for 24hours?

I am setting up an experiment that will need to run for 15 days straight and I am using a Raspberry Pi as a data logger. In my place power outages occurs from time to time. I am searching for cheap options to power my Rasp.Pi for at least 24 hour power interruption. I found this cheap UPS 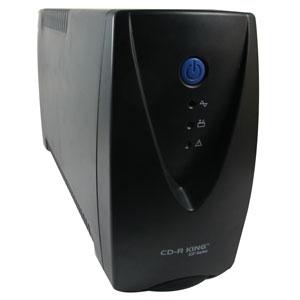 with this following specifications:

Is this set-up possible for me? I don't have any knowledge on electrical aspects but I really need the pi to log my data continuously for 15 days please help me.

Let's take the peak wattage they take. (Watts is measured per hour w/h, so it's an easy calculation.) It depends on the Pi and Power Supply, since every Pi takes another peak wattage from the supply.

But we have to take in account that the power supply for the pi itself wastes some energy (that's normal and you can feel this as the heat coming up from it). So it's a few hours less than 75, let's say 70 or even 60. that's nearly two days then, if you're going with the Raspberry Pi 3.

PS. This isn't the fully correct way to get the perfect time it will run.

Source for the Pi Wattage: https://en.wikipedia.org/wiki/Raspberry_Pi

The UPS you chose doesn't list their exact times, so there's no way to calculate how long it will last under a given load. I'll run through the calculation for a couple different UPSs, so you can repeat it on one of your choice.

I'm going to use this UPS, which has a similar wattage rating as the one you chose: CyberPower EC650LCD ECO 650VA/390W.

OK, so it can run for 10.7 minutes at 160 Watts. That means it has a capacity of (10.7 / 60) * 160 = 28.53 Watt-Hours. (High draw applications will decrease the amount of time it'll last faster, because of how batteries work. Note that the "at full load" number isn't half the value of "at half load". Therefore, pick the statistic that's closest to our target draw, which is very small for the Pi.)

Let's say the Pi draws 1 Amp at 5 Volts. That's 5 Watts draw. (Your Pi is probably a bit lower than that, but there's some inefficiencies in the various conversions, so this'll work for now.)

Also, one thing to keep in mind is that most UPSs are designed to keep a system running for a few minutes, not a full day. 5 Watts for the Pi is almost nothing, the internal circuitry of the UPS is probably taking that much as well, and we didn't account for that in our calculations, and as our runtimes get longer and longer, it'll throw our math off more and more, but this'll get you close.

You should contact the maker of the UPS you are using and discuss the power requirements of the Raspberry Pi and whatever else might be connected to it. I would discuss this with them in detail saying you want to have it provide power for 15 days, because they might recommend another model for you. Or additional batteries. I don't believe most UPSes are made to handle supplying power for that long a period of time. A UPS also has a built-in fan, which is likely to draw even more power the longer it is on.

Not the answer you're looking for? Browse other questions tagged power power-supply battery power-management or ask your own question.