Can I plug GPIO pins directly to a breadboard?

I was just wondering if I could (with bending slightly) interface my GPIO pins directly into an AD-100 breadboard? Just wondering ;)

You would have to, since obviously the pins have to straddle both sides of the breadboard. I promise if you try to do this one of two things will happen:

Below is a picture of a cable end I made by bending pins to span what looks to be about the same gap as an "AD-100" one day when I did not have the patience to wait for a cobbler type breakout in the mail: 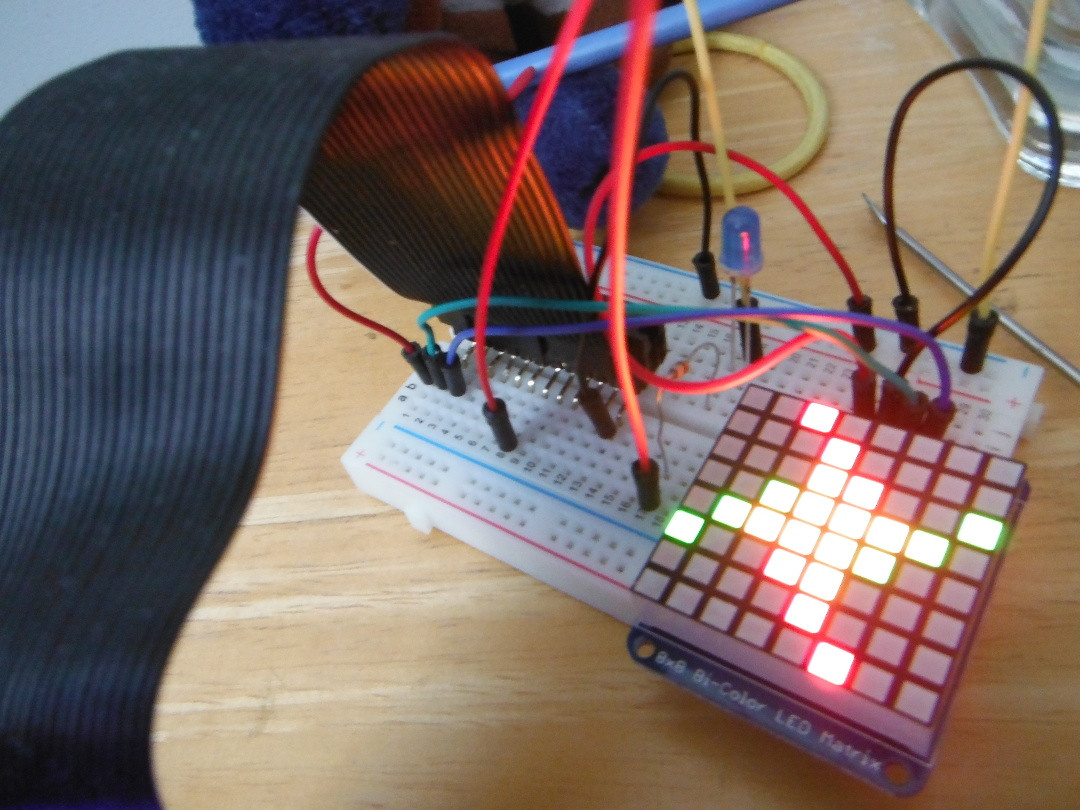 First, I do not recommend this. Very strongly. I'm just putting it there as evidence of the fact that I managed to do it. It took a long time using a little pair of needle nose pliers (amongst other things), and I'm sure it was much easier than trying to it with the actual pins on the board. Not only that, but I am positive in order to straddle that gap, you are going to have to do it perfectly starting at the bottom or (probably harder yet) bend both rows (only one is actually bent in this picture, if it isn't obvious, the other side are left straight).

I am not an artisan, or any kind of smith, electrician, mechanic, etc., but I am able bodied, reasonably dextrous, comfortable with tools and in my opinion that was a one-off, crazy "won't bother again" event. Bending them so that they actually could be forced into the two rows was ridiculous, and then they still had to be (emphasis again) forced into place. I might as well have welded the cable on there was so much tension, and I left it there and used it that way for months because I knew after I took them out the first time, I would never want to put them back. Which was true.

To be honest, while I now have a 40-pin cobbler type break out similar to what goobering recommends, what I have mostly used that for is inside an enclosure where there is a breadboard on one end with a bunch of stuff that occasionally gets rearranged and added to; this way I can open the box up, plug a pi into the other end, squeeze it into place, and close up the box.

For experimenting more casually with a breadboard I just use the kind of of loose wires jDo points out. Get a bunch in all three flavors (F-M, M-M, F-F) from 6-12" and a pile of pins at the same time. It would be pretty unusual to really need to use all 26 or 40 pins anyway, and as long as you are careful and double check each connection every time you make one there isn't much to worry about. Print out or draw a diagram of the pin layout to refer to! Also, don't leave loose wires with bare metal male pins on the other end attached to the Pi, this makes it too easy to accidentally short something.

I'd recommend against jamming your GPIO pins into a breadboard. Aside from any damage that might occur it's going to be a bit of a nightmare trying to get them connected to anything in a reasonable way.

Adafruit offer a sensible solution in the form of the Cobbler board. This allows you to use a piece of ribbon cable to connect your Pi's header pins to a breadboard, without damaging anything. 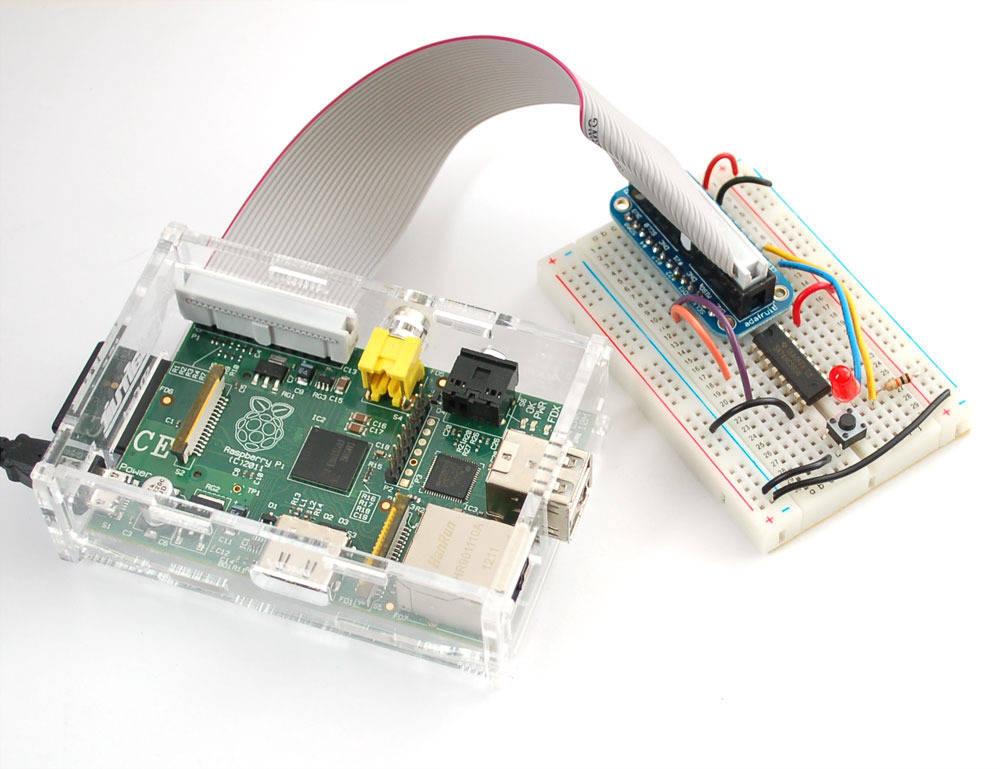 Lord have mercy! :D No, you can't - or, that is, you shouldn't. Chances are you'll break the solder joints or actually snap the Pi's PCB in the process. Simply get a bunch of male-to-female Dupont wires for less than $1 instead. You'll need them at some point anyway and it's a cheaper option than buying from those Western shops that just resell Shenzen goods at 5 times the original price. 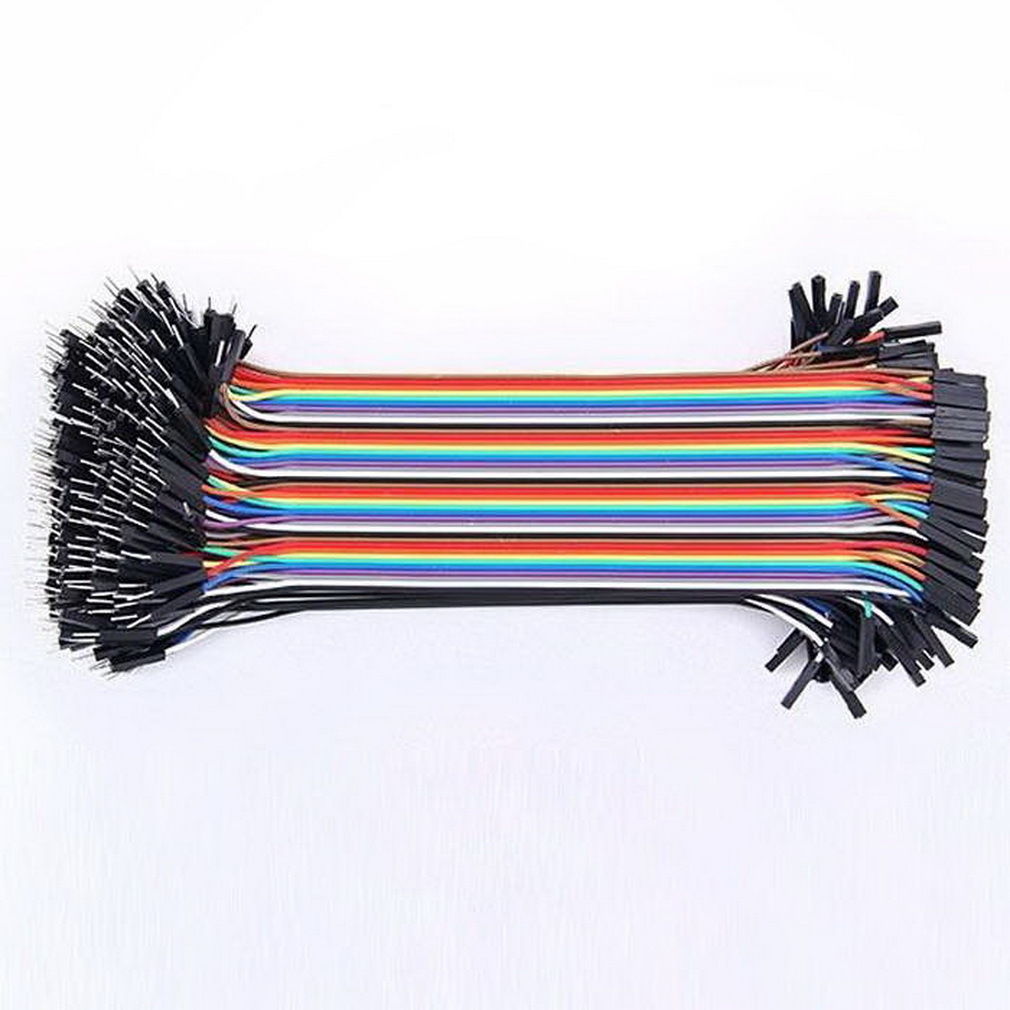 Not the answer you're looking for? Browse other questions tagged gpio breadboard or ask your own question.

0
GPIO pins: (3v3 and #pins) not providing power
1
Pi2 won't start when connected to breadboard via ribbon cable and gpio-to-breadboard interface
2
What would I use to let me use the GPIO pins on my RPi without soldering directly onto the pins & without a breadboard?
5
Can you connect multiple GPIO pins, to one ground pin?
0
Safe to solder directly onto Pi GPIO pins?
2
Can I pick any other GPIO in my scenario?
2
Do I need to have an ADC plugged into a breadboard?
1
Connecting 2 LEDs to a Pi directly without using a breadboard
3
How to hook LCD to breadboard using T cobbler?
1
Universal Breadboard for Raspberry Pi?