I've just received a Raspberry Pi 2 and tried to insert the micro SD card, but for some reason the mechanism doesn't appear to be working correctly.

You hear a click and can observe the card pushing fully into the slot. However, the card simply springs out and can be pulled free without having to push the card in again.

Can someone with a Raspberry Pi 2 please confirm that this is indeed defective. I assume the mechanism should operate like the SD card slot on a mobile phone for example?

My Raspberry Pi had this failure happen today. The only way I know to fix the problem is to (forcibly) remove the spring from the card reader. 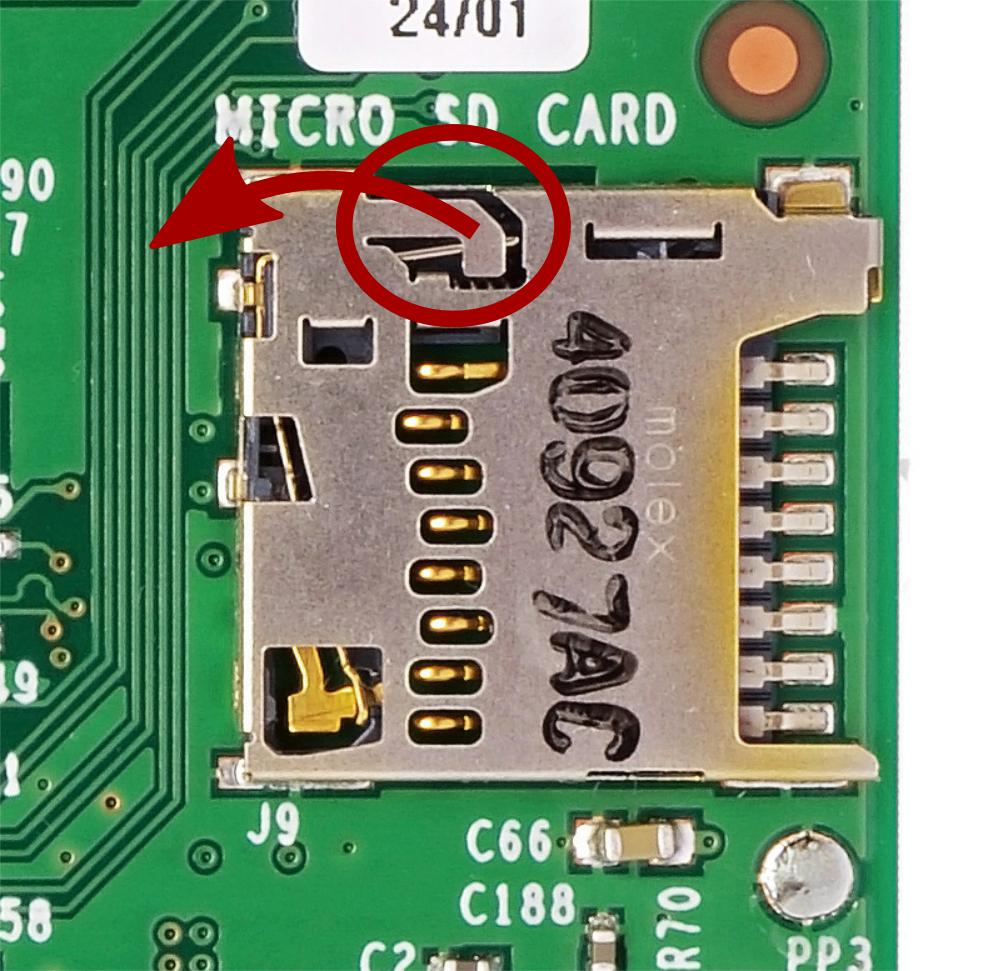 (Image based on the photo by Multicherry on Wikimedia Commons, CC-BY-SA.)

Then insert a thin probe (I used a safety pin, but a paper clip should fit) into the gap opened up and push the spring and plastic clip downward (in the direction indicated by the arrow on the image below). The spring and clip will separate and come free. Using the probe, remove the spring and the clip from the SD card slot. 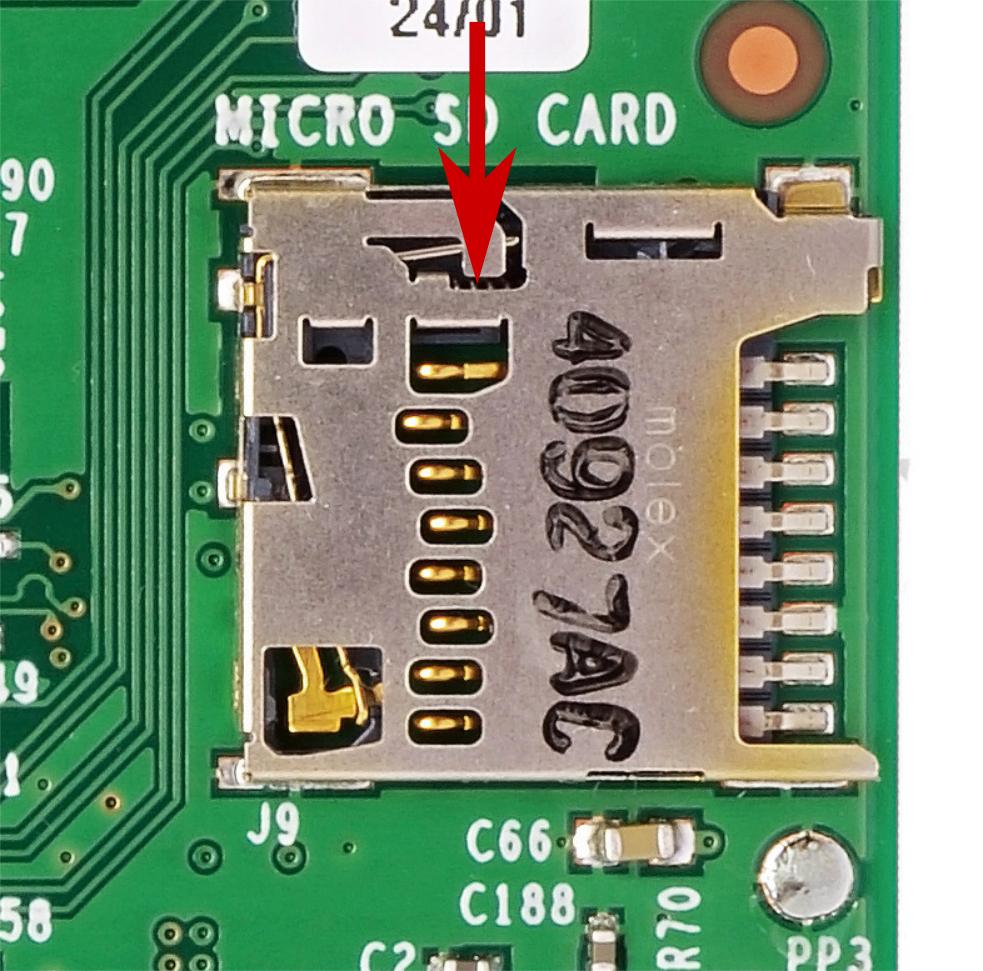 Here are what the two parts look like once removed. 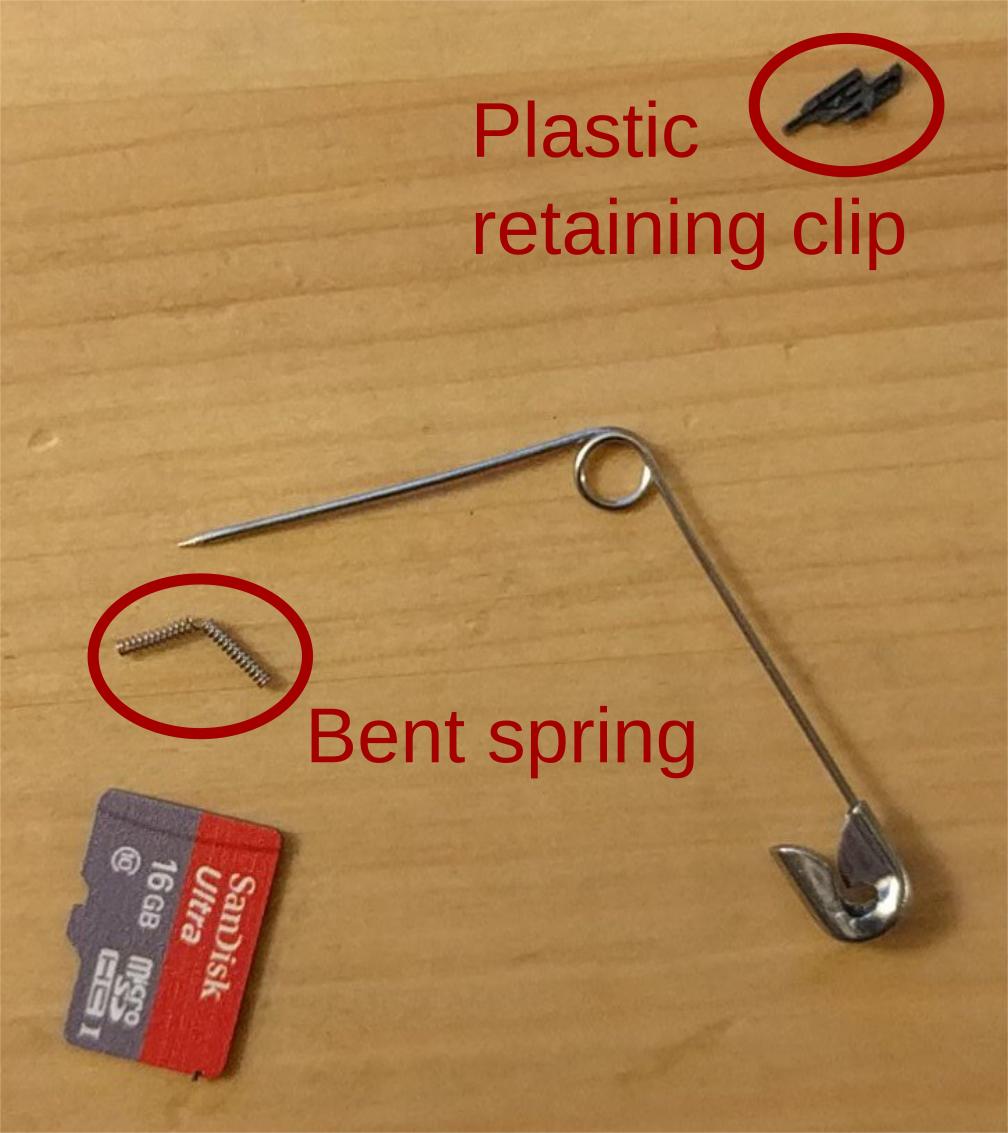 After the spring and clip are removed, you can bend the J shaped piece of metal back to its original position. The card slot will now work, but you'll need to push cards all the way in to seat them, and pull them out by hand to remove them.

Do not press the card all the way as far is it will go. Press the card most of the way. You will then hear a click. Once you hear the click, the SD card should lock into place.

When you said it should work like a phone SD card slot, I'm not sure you're correct. The SD card slot on my phone uses a bar to hold the SD card in place. Another type of SD card slot I'm aware of are the types built into sim trays. With these, the SD card sits on the tray like a sim card before being pushed into the phone.

If your SD card reader is truly defective, I recommend returning the Pi from where you bought it, you should be sent a new one.

Not the answer you're looking for? Browse other questions tagged hardware sd-card or ask your own question.