Kernel Panic on Raspberry Pi 2 on the 2. boot

This happens to me every time:

I prepare a fresh microSD card on my Mac, put it inside my Raspberry Pi 2.
It boots fine.
I shut it down and boot again (or Reboot).
It fails with a Kernel Panic.

Why and how can I avoid it??
It happened to me both with the latest Raspbian version and also with Retropie.
And it keeps happening every single time, even if I just boot with a screen and LAN connected.
If I boot without screen and just LAN, it's the same thing. I can SSH into it and after the first reboot it's gone. 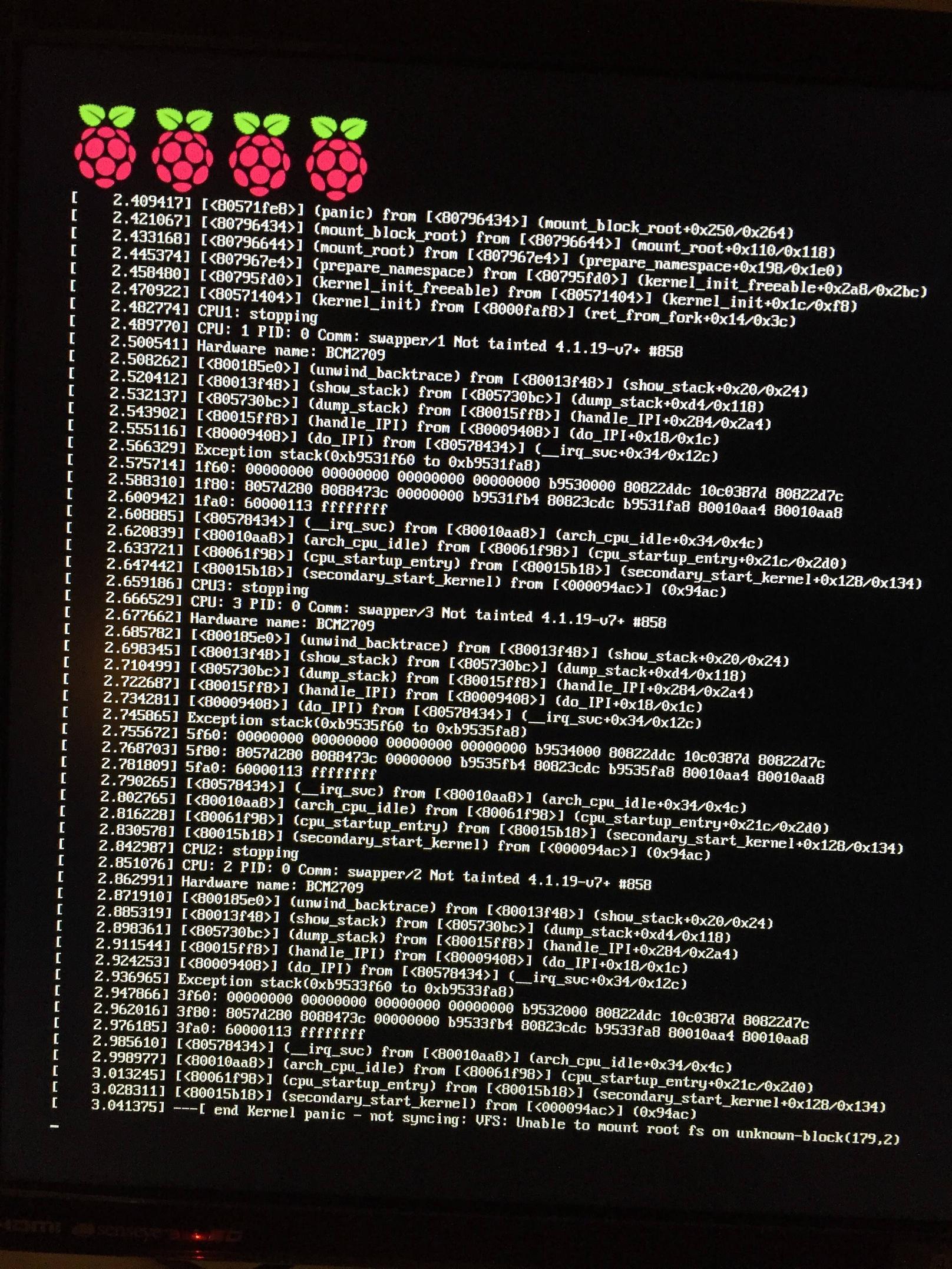 Update:
I ordered 2 SanDisk Ultra's with 16GB each, I will inform you as soon as I'll get them. But I am pretty sure it was the card which was bad. (64GB, SDXC, Toshiba - 3 negatively influencing factors lol)

Update 2:
See my answer: The SanDisk Ultra works perfectly, so it really was the card that just DOESN'T WORK - DON'T BUY A TOSHIBA SDXC FOR A PI! :-)

UPDATE / SOLUTION:
So, I got 2 SanDisk Ultra's with 16GB each in the mail today. Thank you all again for your answers. It was clear to me that somehow, my Pi seemed to destroy the file system on the 64GB Toshiba card (or it destroyed itself?? 🤔), but as I couldn't figure out what it was, I tried to return the card and changed it for 2x16GB (yes I know that's only 32gb @ the same price but I don't care :D).

So, I flashed the cards with different images and both cards work like a charm and - most importantly because this was the problem - survive all the reboots that I need to do :) (remember with the other card, it got stuck at the 1. Reboot / 2. Boot).

I can really recommend the SanDisk Ultra MicroSD! (~8€ for 16GB)
For anyone using a mac: "PiFiller" - a small AppleScript App - provides a quick and easy way to flash (micro)SD cards for raspberrys :-)

Not the answer you're looking for? Browse other questions tagged raspbian pi-2 kernel or ask your own question.