I try to build "irrigation controller" , the material which I used are: 1 relay model , raspberry pi model B , solenoid valve 24 VAC and AC-DC adapter (input 100-240v , output +24v ) I don't know which terminal of adapter(power supply) is negative and which is the positive !! It is not written on the wires but there something written on one of them (UL SPT-1 E179665 ... etc) Firstly, I connected valve with the adapter and it works (water passes) Now, I want to control it using my raspberry using python code, I already write it for ON:

The same thing for OFF (close solenoid) using GPIO.output(18, GPIO.LOW) 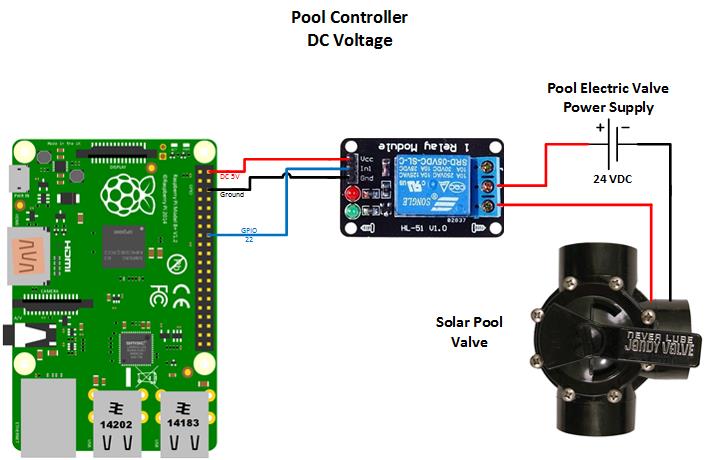 But when I put adapter in plug electrical , it will work !!! I don't need it to work else I run the python code which make it ON !!

I thought, the connections not correct, so many times I tried to manipulate the wires and exchange the connection in the relay... But Unfortunately nothing !!

Any way to help ?

I'm assuming you connected the electric pool power supply to common , and the exit to "NO" (Normally Open) ,following BCM pins on this image BCM pins are the number which reads "GPIO 22" 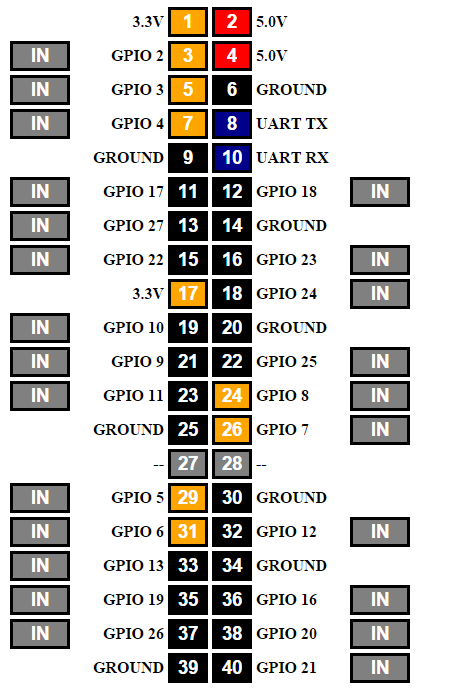 if the image you posted is your actual connection and your output pin is connected to pin 22, you should change your code to this

After that I would check with a multimeter voltage on the solenoid , to see if it is working , it should switch from 0v to 24v every 3 seconds