RPi3 is not booting after editing /boot/cmdline.txt -- also unplugged the power after rebooting

Tonight, I was adding a GPS module to my RPi3 by following a tutorial from Adafruit, and now my RPi3 is not booting up.

This is the last change I did before doing a reboot via sudo shutdown -r:

After this change and the reboot, I tried to SSH into the RPi3 after a couple of minutes but SSH didn't work. I unplugged the RPi3 and plugged it again because I thought I might have shut the RPi3 down instead, but it didn't boot up either.

The red light on the board lights up, but the green light doesn't light up anymore.

I tried connecting an ethernet cable to it, but the ethernet lights did not light up.

I connected an HDMI cable to it and this is the error message I see: 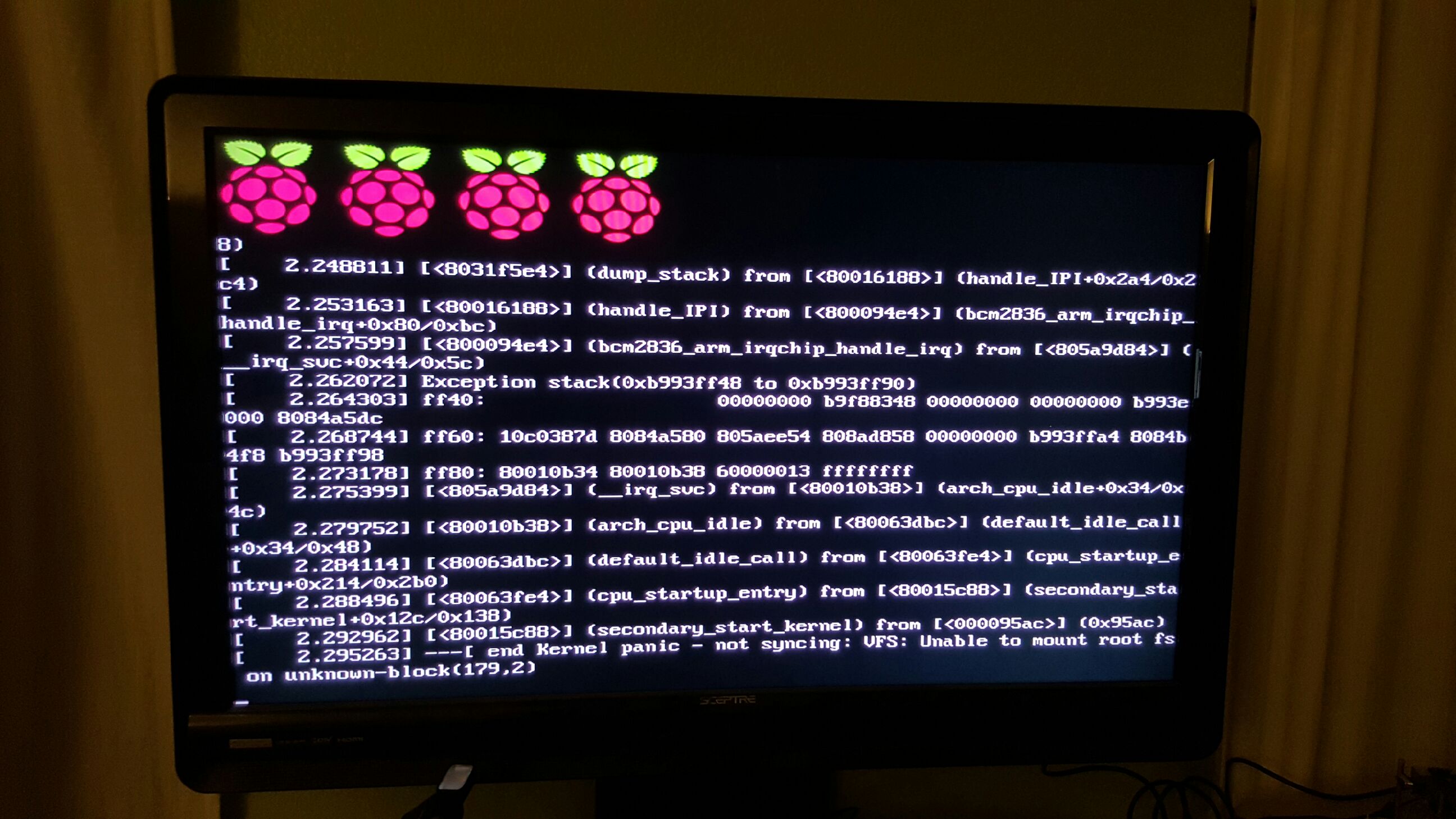 I unplugged the RPi3 again and plugged the microSD card into my laptop in hopes to save my code, but my laptop does not recognize the SD card.

Does anyone know a way to save my code and to fix the card? Any help would be great. Thank you.

Issue: editing cmdline.txt was the issue of RPi3 not booting

Solution: plugged SD card into an adapter (Polaroid Cube+ in my case) that could read the card and used Ubuntu to revert the cmdline.txt card

I was following this tutorial to use a GPS with the RPi3. After I changed the cmdline.txt file and rebooted, RPi3 didn't reboot. I thought I shut the RPi3 down instead so I unplugged and replugged RPi3. It still didn't boot up after so I thought I messed up the SD card.

Initially, when I inserted the RPi3 micro SD card into my laptop, the card reader did not recognize the SD card. I then started to use different card readers and ended up inserting the RPi3 SD card into my Polaroid Cube+ and then connected my Polaroid Cube+ to my laptop. My laptop recognized the SD card that way; however, it only saw the "RECOVERY" partition. I didn't see "cmdline.txt" in there so I googled for different solutions.

Second attempt was to put the SD card back into the RPi3, press SHIFT on the attached USB keyboard while RPi3 boots to go into Recovery mode (NOOBS). Once I got into Recovery mode, I clicked the "Edit Config" icon. That allowed me to change some configurations on "Boot" and the "cmdline.txt". I copied the default cmdline.txt configurations from here: http://elinux.org/RPi_cmdline.txt and rebooted. This did not fix the issue; however, it got me one step further. In addition to the "VFS Unable to mount root fs on unknown block()", it gave me something like "entering kdb on processor 2 due to keyboard entry."

Third attempt worked like a charm. I was panicking because I didn't have any backup laptops or computers, but then I remembered that I have Ubuntu installed on my VirtualBox. I started Ubuntu and then attached the SD card (using the Polaroid Cube+) to Ubuntu virtual machine. HOORAY!!! Ubuntu read ALL the partitions on the RPi3 SD card!!!! The four partitions are root, boot, RECOVER, and SETTINGS. First thing I did was copy my code for backup. Second thing I did was look for the cmdline.txt file. Luckily, I made a backup of the cmdline.txt file in the same directory before I changed it. I replaced the cmdline.txt file with the backup file, inserted the SD card into my RPi3, and the RPi3 BOOTED AGAIN!

VFS Unable to mount root fs on unknown-block (179,2) is the problem you need to fix. It means that you have a broken file system at hand, which could be just the file system or even a broken SD card.

This worked for me:

1 - Insert your SD Card in any PC (override any format message if using windows).

2 - Add "gpiotriggerenable" (without quotes) at the end of "recovery.cmdline" file (located at "root" folder).

3 - Wire jumper pin 3 to pin 6 (GND) and reboot to get NOOBS Recovery screen.

4 - Edit cmdline.txt: you have a problem with root partition, so try changing root path back to "root=/dev/mmcblk0p7", close and reboot without jumper.

Not the answer you're looking for? Browse other questions tagged boot cmdline.txt or ask your own question.

2
In Noobs, screen works, but cannot boot raspbian
7
How to emulate raspberry pi 2 on Ubuntu 14.04 PC?
0
Mount the FAT32 partition of the SDCard of which RPi is booting to edit cmdline.txt
4
Can't boot after adding a third partition to sd card
1
RPi3 CPU cold. How to verify if RPi is truly dead?
2
Mysteriously not booting after rain, but not perceptibly wet or damaged
1
cmdline.txt appears to be empty after editing it
6
RPi won't boot after editing fstab
1
What is the difference between adding 'ro' to /boot/cmdline.txt vs /etc/fstab?