I have an issue with my initial boot. Indeed: I did it on a SD card and it seemed to have work as shown in the following picture:

yet when I connect the Raspberry Pi with the card to the display screen with the HDMI wire I have a "no signal" message... 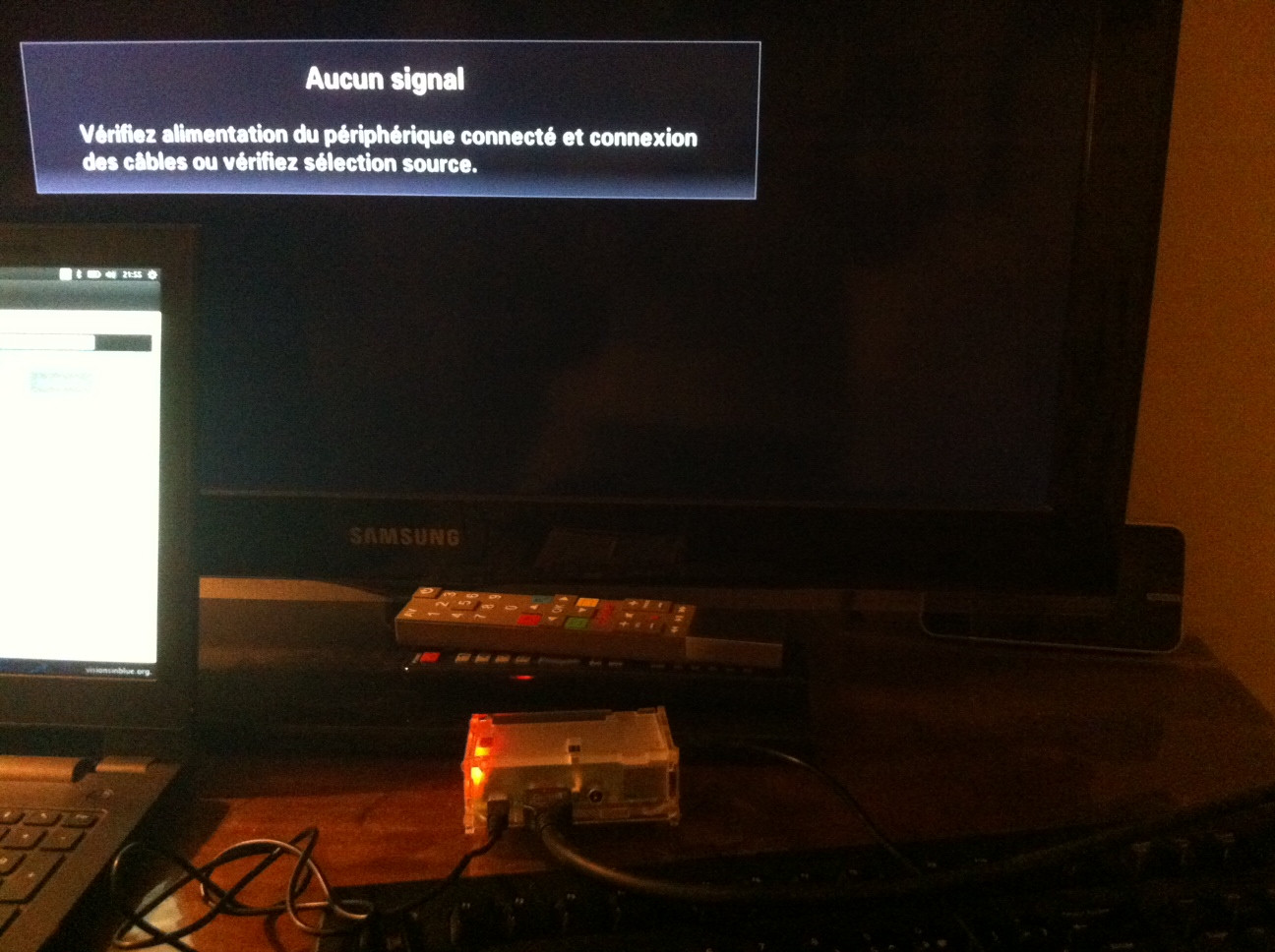 I have read from Getting Started with the Raspberry Pi, on raspberrypi.org, that

the red LED marked PWR will light (except for the zero). The green LED marked OK (or ACK in later version) will blink in an irregular pattern to show whenever the Pi reads from the SD card.

Yet this never occured on my Raspberry...

Furthermore, I wonder whether it is because when writing an image (eg using 'DD') I have to ensure that the destination is the entire card and not a partition on it. Indeed the few writing operations on the command line where:

Which one of the following commands would be most appropriate for writing to the sd card if any?

I first seach for the sda to umount:

I umounted mmcblk0p2 and then tried again to give to the card the image.

Yet, once again the green light didn't blink and stayed on...

that you get an error stating that the device is busy. With this information I believe that a process is attempting to write to your sd card in the background which is preventing you from unmounting it and is also quite possibly corrupting your sd card write. If you could please now ensure that it is the correct sd card that you are writing to by removing the sd card and using the command

Then by connecting the sd card and retuning the command listed above that will be the name of your sd card (note the name may change with disconnects). To forcefully unmount the drive you may use the following command listed below:

Note: The command above may need to be run with sudo After your SD card has been successfully unmounted, use the command below to write your iso to your sd card.

bs=4M is optional. It stands for Block Size and is used to create larger blocks to write faster, if this does not work for you try bs=1M

I had this very same problem. I found that it was 3 things. First, try using a different HDMI cable. Then, try following the procedures to re-install the image to your SD card. You can find that on www.raspberrypi.org, and type into the search bar how to install the raspbian image. And if that doesn't work, try changing out the PI unit. I have 3 RPI2B, and I found out that the one I wanted to use was quite abused and contributed to my issues. Trying any one of these combinations will end up with a satisfactory result, it's just time consuming. Your power source COULD be an issue too, but I doubt it. However one whom, is prudent would check on that as well.