Getting multiple errors while Installing Scipy

I'm not able to install Scipy on my Raspberry Pi Model B.

My current setup is:

I tried using pip install Scipy and have also tried pip install scikit-image without any luck. Here is the screenshot of the error I got: 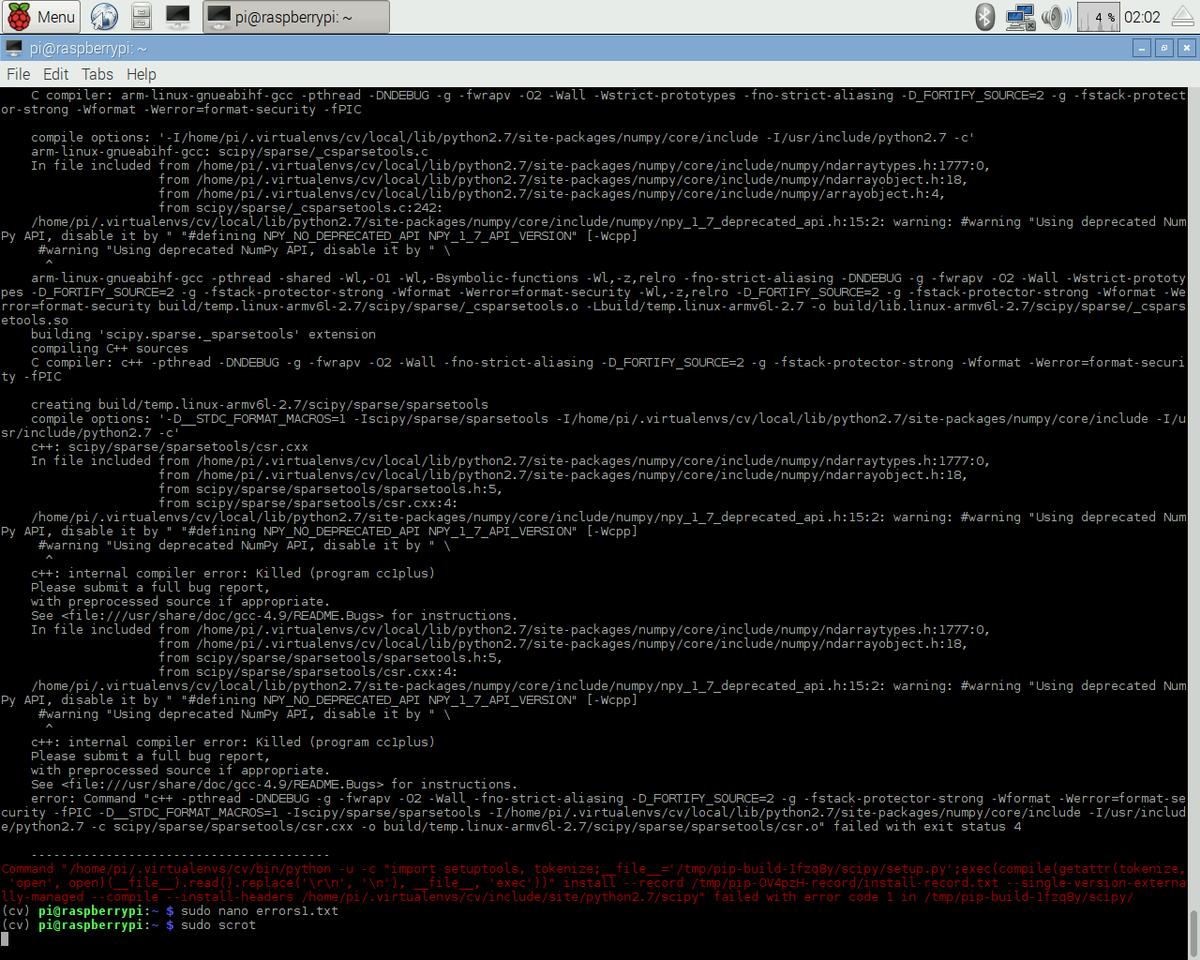 The main warning that seems to get repeated is:

I have installed matplotlib and numpy successfully on my Raspberry Pi, it only fails while installing Scipy.

I then tried sudo apt-get install python-scipy and it installed Scipy version 0.14.0-2 successfully, however I am unable to import the module. I get the following error:

Is there a fix for this? I'm not sure why Scipy is repeatedly failing to download.

python opencv pip
Share
Improve this question
asked May 29 '16 at 9:35

It seems as if your problem is that you are running old packages and modules please update your pi using the following commands:

and tell me if it solves your problem.

Not the answer you're looking for? Browse other questions tagged python opencv pip or ask your own question.