I have a python script running as a service on Raspbian Jessie that watches for a button being pressed and lights an LED when it is done. Initially everything works as designed, however I have found that once the process has been running for several hours at seemingly random intervals the GPIO pin that is attached to the button is pulled down and acts if the button is pressed. What is unexpected is that when I press the button it then acts like it is not pressed (this wasn't expected as I assumed there was a short). The button is wired to ground and I have a 10K pull-up resistor in place on both the LED and the button. 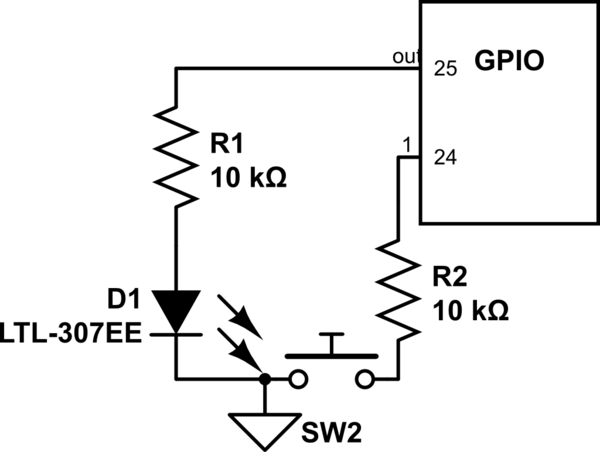 Browse other questions tagged raspbian python rpi.gpio raspbian-jessie or ask your own question.

4
How to trigger GPIO event using an active infrared sensor
2
Python script failing with AttributeError: LED instance has no attribute '__trunc__'
2
Python script to control GPIO
1
GPIO is not working, 5V working, 3.3 V working, Raspberry Pi B+
5
Python Script Stops Running After about 3 Hours
1
Raspberry Pi Freezes after running Python script for a few hours
1
Stuck with the “No access to /dev/mem. Try running as root!”
2
Python script stops running after 15-20h
2
Using event detection to immediately interrupt a function and callback to