I have a raspberry pi model b+ that I am attempting to boot with a root on an nfs share. The pi takes an ip address from dhcp, and makes request to my nfs server for the root share. The server reports this request in logs, but the pi hangs after printing its ip configuration. The last cmdline.txt I tried contained: root=/dev/nfs rw nfsroot=192.168.2.25:/srv/rpi-root-nfs,tcp ip=dhcp vers=3

Are there any problems with this configuration? 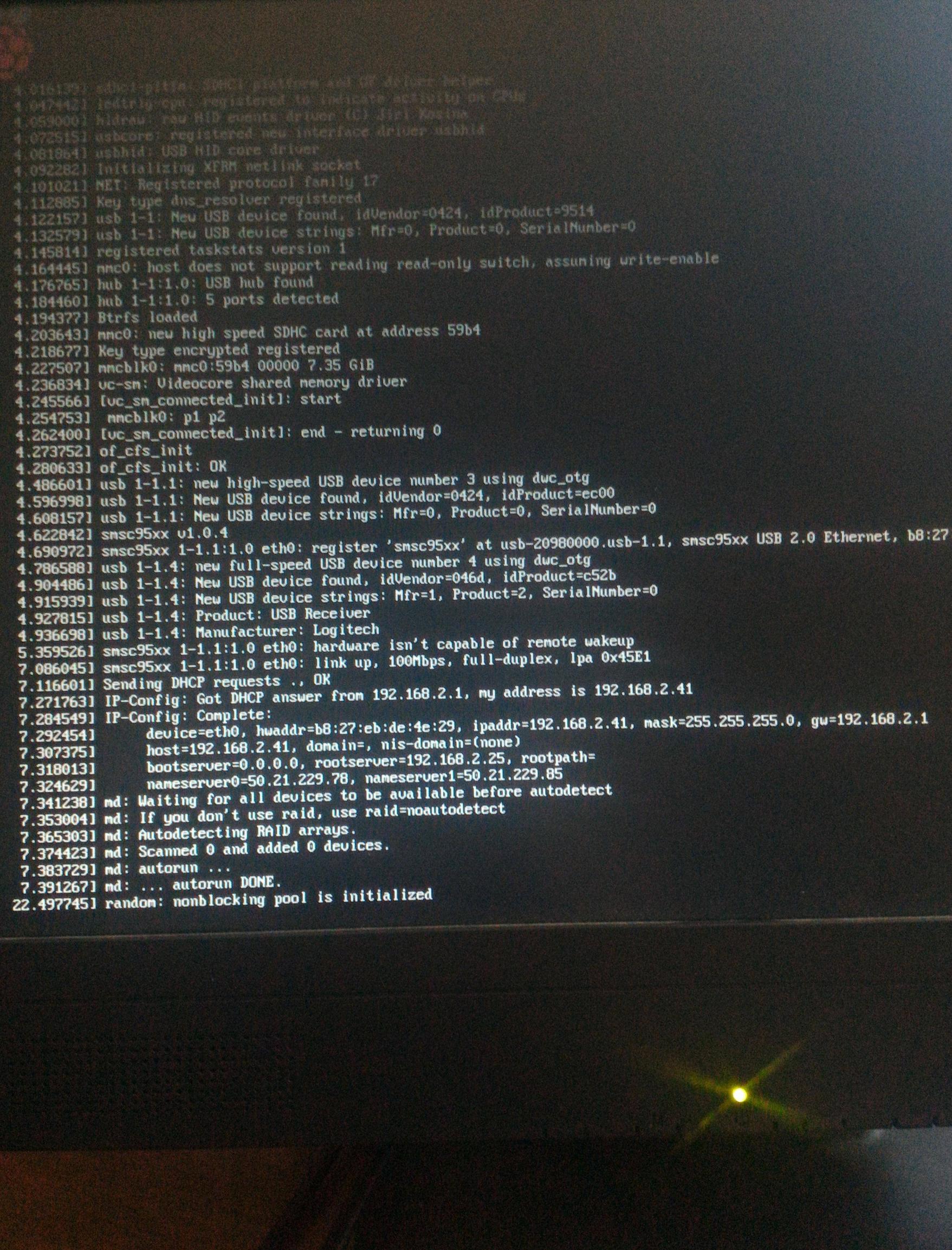 I had the same problem. For me the fix was to force NFS version 3, by appending v3 as option to nfsroot:

First off thanks for asking this question. I did not realize this could be done so it was fun trying to get it to work.

I got it to work and here is how I did it.

It booted without an error. Hope that helps.

Not the answer you're looking for? Browse other questions tagged boot nfs or ask your own question.

27
How do I configure the Raspberry Pi to boot with an NFS root?