On first boot, I inserted the SD card (generic Cat4 16GB SDHC with latest Raspbian image written via Rufus), the HDMI cable and the power supply (5v 2.5A) in that order. Then:

This does not happen when I do not have the SD card inserted and I have yet to try another SD card as I'm not in possession of one, though one will be arriving this week.

I'm sure it has nothing to do with my version of Raspbian or my image burning methodology (though I'll probably just use dd next time).

The original card was a class 4 uSDHC from an obscure manufacturer and it actually cracked from overheating.

Works fine with a class 10 from a well-known manufacturer.

I also experienced an SD card overheat on my Raspberry Pi 3 model B. This is my 5th raspberry pi, and I have never experienced this before. All 5 raspberry pi's were the same build, using the same hardware.

The raspberry pi refused to boot. So I opened it up and saw that only the one red LED light was illuminated. I then noticed the SD card was very hot to the touch - too hot to keep my finger on it. When I pulled out the SD card, the card broke in half. Pieces of the hot SD card flaked off (you can see flakes missing near the top left corner in the photo - caused by the extreme heat). This was a new card, barely used. The entire device was new, purchased on Amazon. It all worked in the recent past!

Here is a reddit thread with several people reporting the same experience. Some say replacing the SD card solved the problem. 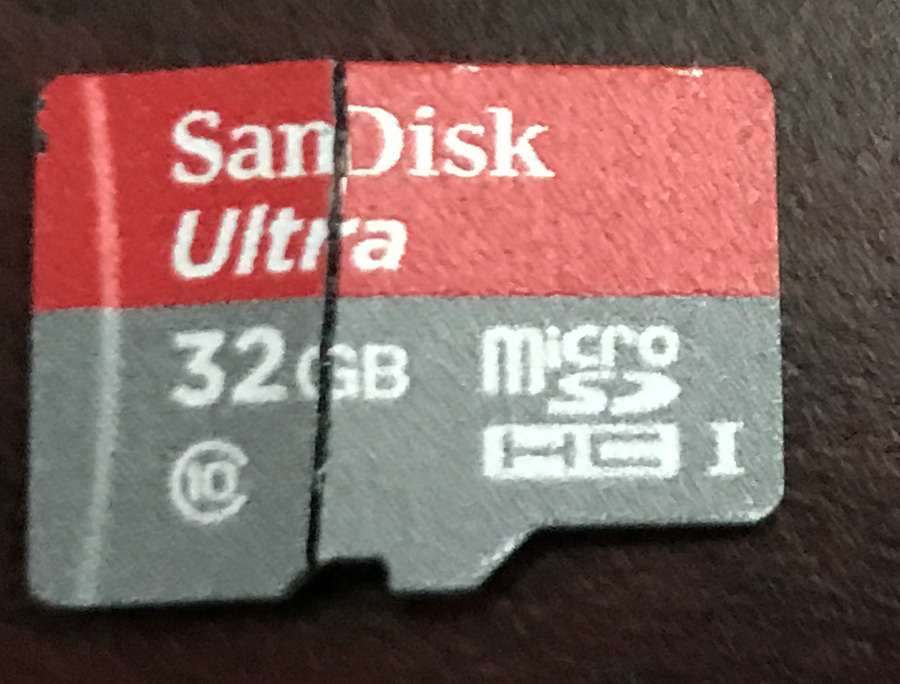 The source of the SD card was Amazon, and the Amazon seller was SanDisk. This is the link to the product I purchased: https://www.amazon.com/gp/product/B010Q57T02

Here is a screenshot of the Amazon page: 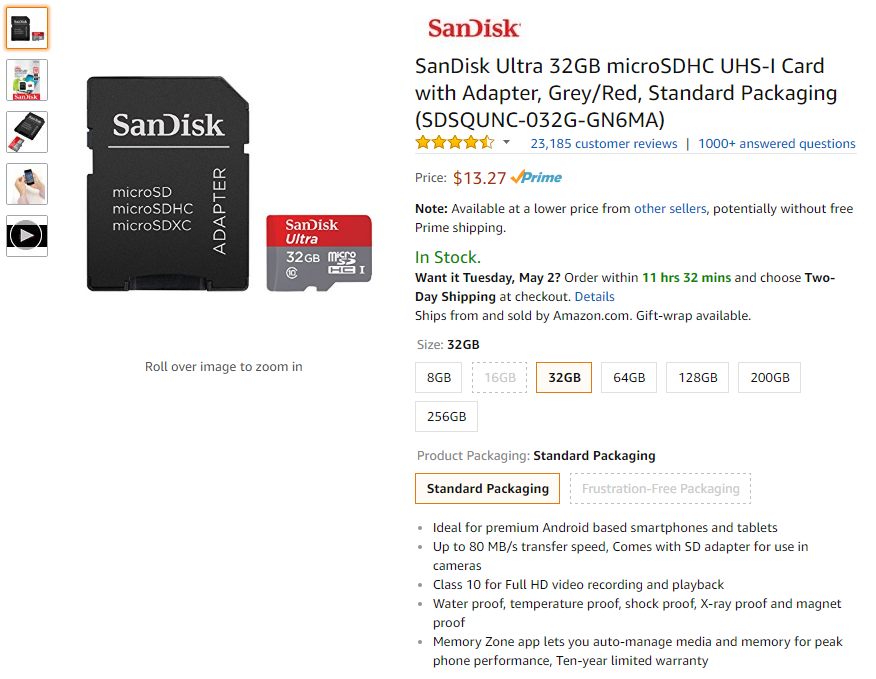 I had the same problem. The card was working fine for quite a while. My Raspberry Pi sat in the drawer for a few months not connected to anything including power. After trying to boot it up I noticed the card was really hot and the Raspberry Pi would not boot up. Changing the card with one I had in another Raspberry Pi solved the problem.