I'm on a school network (dorm) with a predefined ip address, gateway address, DNS, and mask.

THE PROBLEM IS NOW IT WONT UPDATE-UPGRADE 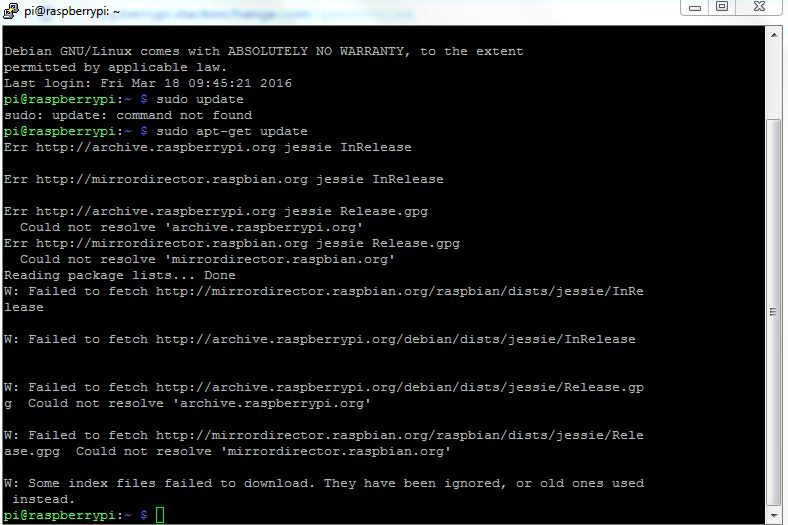 So I altered the /etc/network/interfaces

Looks like this but without the comments! I then retried with the comments. I was always able to connect to it with putty in all cases. but the Raspberry won't connect to the outside world. 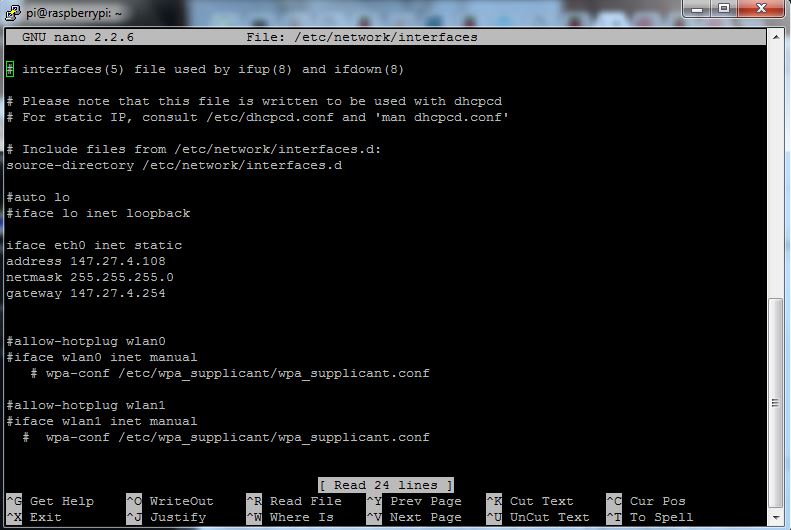 Also, after configuring the interfaces I removed the ip=... form the cmdline.txt. Same problem as I first stated at the beginning.

What am I missing here??

If you're on the latest raspbian release, then you will edit the file /etc/dhcpcd.conf to configure a static address. The sample config has the lines # commented out, just insert what you need. Leave the /etc/network/interfaces/ COMPLETELY ALONE. It screws with dhcpcd service.

You don't specify which OS you are using but assuming Raspbian.

What you appear to have done appears to be based on old tutorials.

See How do I set up networking/WiFi/Static IP

I am surprise the school would have "given" you a static address. This is a nightmare for network maintainers.

Is there any reason you are not using DHCP?

You need to add before your line iface eth0 inet static a line with auto eth0.

Don't forget to put you DNS in /etc/resolv.conf file. Two lines with this nomenclature:

Not the answer you're looking for? Browse other questions tagged networking ethernet ethernet-port or ask your own question.

278
How do I set up networking/WiFi/static IP address on Raspbian/Raspberry Pi OS?

0
Should the Pi automatically connect to an ethernet connection with a default Raspbian install?
6
How to share my internet connection on a (Windows) computer with a Raspberry Pi?
0
SSH networking issues on raspbian
0
Suddenly unable to get usual static IP over wifi
2
How to access SSH when Pi is connected to the internet through PC?
0
Raspberry Pi 3 as Terminal from wifi to ethernet
0
Access Raspberry pi jenkins server over the internet
1
Network error: Connection timed out while connecting raspberry Pi via SSH using putty
0
Unable to get IP address of Raspberry pi to connect via Windows remote connect