I can connect to Pi's adhoc connection with my macbook without a problem but I cannot connect with my windows computers (I tried 3 different computers) and not connected with another raspberry pi.

what is the problem ? need help

on Windows , ipconfig command not returns valuable details because I don't even connect the ad-hoc network. 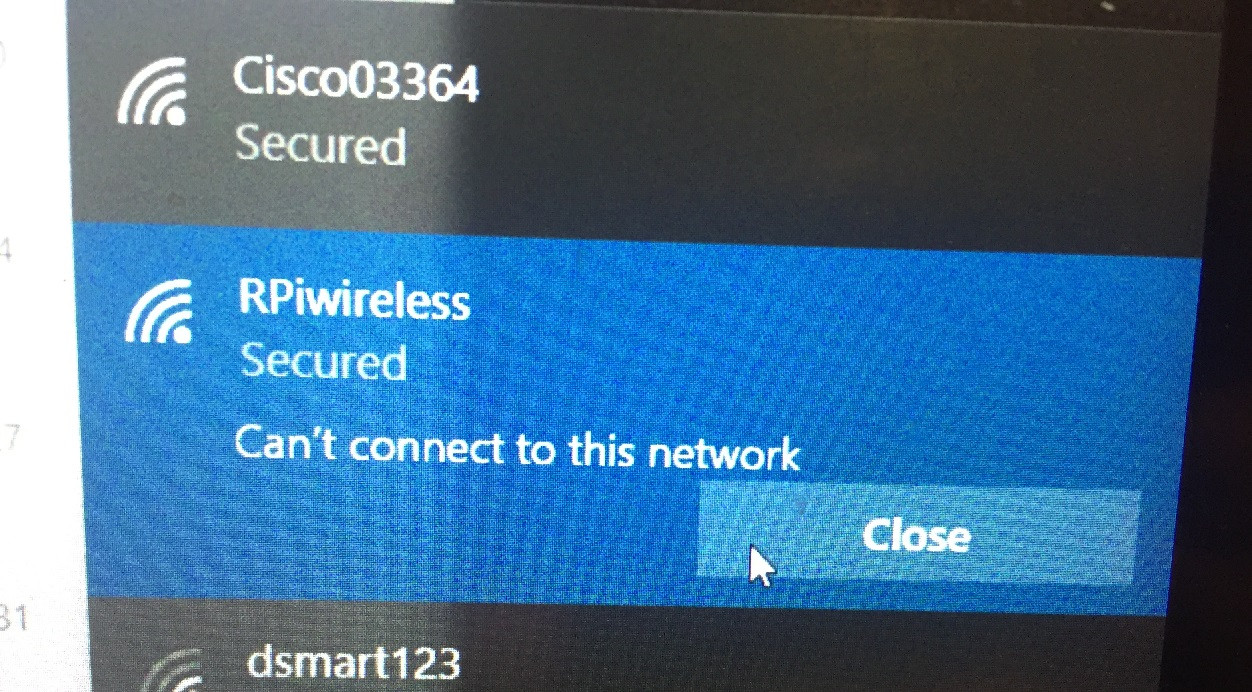 Browse other questions tagged pi-2 wifi windows or ask your own question.

1
How to use Android mobile as Remote control for wifi enabled raspberry pi car , without using any access point/wifi router
2
Connect RPi to Ad Hoc network
12
Windows 10 WiFi Adapters
5
Can the Pi “official” WiFi adapter do simultaneous Client/AP modes?
2
How to automatically connect to Wifi on boot for Pi2?
2
USB Mobile Broadband Modems is NOT compatible with WiFi Dongles? (WIndows 10 IoT Core)
0
Pi won't reload etc/network/interfaces: Won't switch back to DHCP after static IP removed and networking restarted
0
Connecting to RPi 3 ad-hoc network from windows PC
0
Raspberry 3B+ Can it be connected the same time for WiFi and for Ad-Hoc wireless network