How to set up Edimax ew-7811un on Kali Linux

I have spent hours reading articles and changing file after file over and over again. I am truing to properly set up my Edimax ew-7811un wifi adapter on m a Pi Zero running Kali Linux. I was able to set it up once upon a time when I had Jessie running on it. I remember that it was a pain setting it up back then and it's even worse now. I believe that I possibly used a bach file to set things up in the end.

My current situation is simple. My Pi sees the adapter, it even flashes blue. I've changed the /etc/network/interfaces and the /etc/wpa_supplicant/wpa_supplicant.conf (had to create it because it did not exist) multiple times. The network logo appears to be connected, but it does not connect to my network.

I updated the Interfaces File multiple times and this is the latest rendition. I saw that many people resolved their issue by directly placing their network info into the interfaces file. I still ran into the same issue.

This is what the wpa_supplicant file looks like as of now. Even though it isn't being called it still exists as a file.

The adapter currently doesn't seem to work because of the changed interfaces file, but when it did "work" it wouldn't receive an IP address. I would have to run sudo ifdown wlan0 && ifup wlan0 to enable it and get it to start blinking. It would also show that it was connected to my router but it would not connect to the internet.

There is not a single article that is specific to my issue (TBH, no article is always specific to one issue) but I really need to figure this out. I can never master something if i'm always getting stuck in the process. I don't like asking for help, but help. I'll provide as much information as possible. There are a lot of factors that go into this. Thanks in advance.

After applying the changes that @Jason Woodruff I got the following: 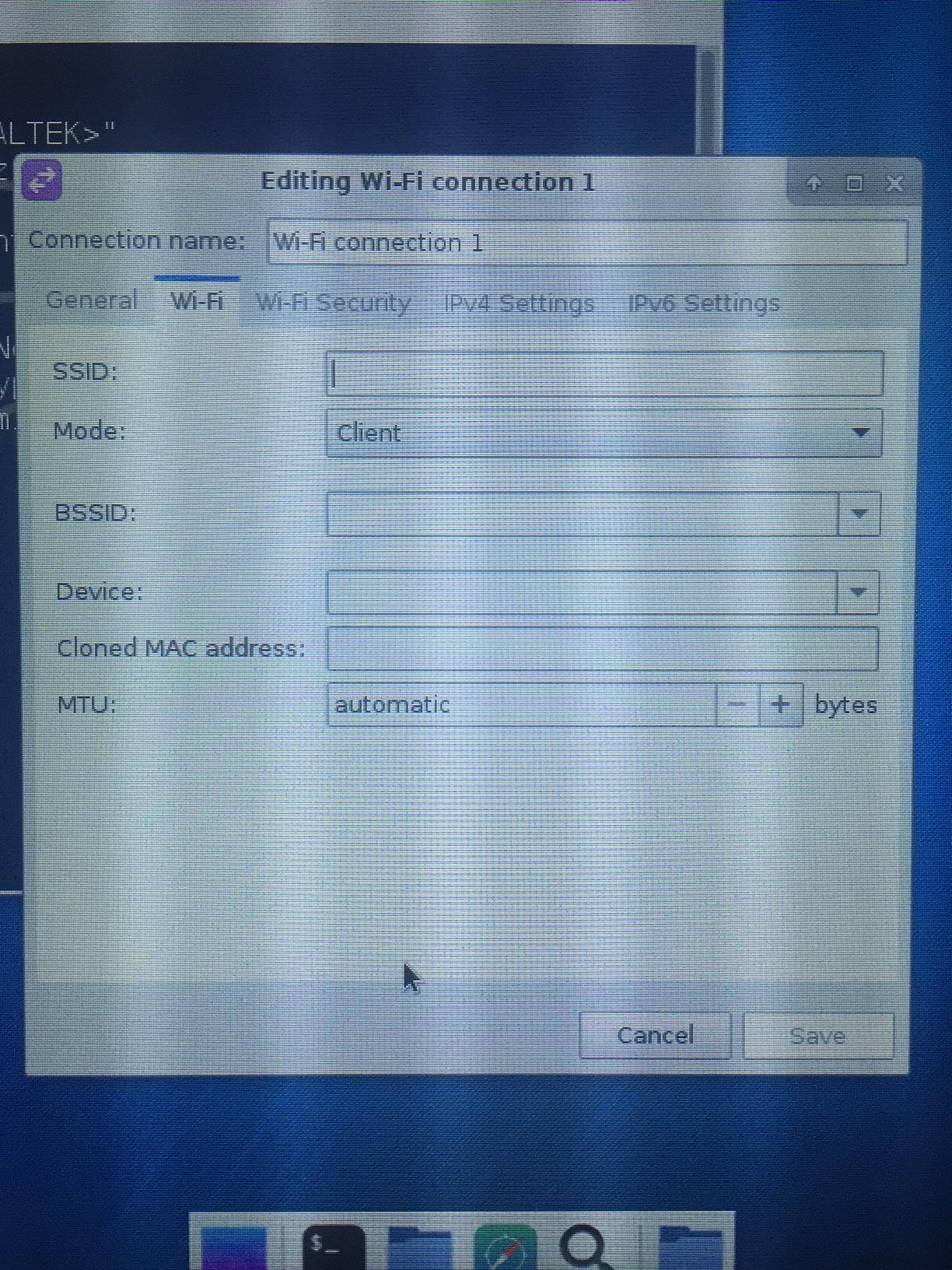 Following Update 3 of the answer helped to solve my problem. Ensure that the hub is getting enough power and is able to scan for available wifi hotspots.

After performing the upgrade and rebooting, you will get most if not all of the Kali tools.

From what I read on the Kali forums, it's ARM version ships with an outdated driver for the Edimax EW-7811Un. Just for knowing, run this command:

I'm just going out on a limb here, I think your dealing with an outdated driver for that wifi dongle. I believe you'll find more help over at the forums

If you will, try this:

Make the section for your wlan0 in /etc/network/interfaces look like this:

Copy and paste this in there:

Change your ssid back, as it is actually spell. If there is uppercase letters in it, use the same. That goes for your password too. In your wpa_supplicant.conf file.

We'll Pepe, I got my Edimax connected. It happened as root (only) and I only had to use the /etc/network/interfaces file. No wpa_supplicant.conf file.

Here is my file:

It takes about a full two minutes to connect, but it does connect. Some kind of script runs that slows things down. I hope this helps. Other than mine being a RPi B, not zero, we have basically the same setup. The only thing I can think that could be hindering the connection is your router's encryption type. Epecially if it's an ols WEP kind.

Add your username to the "sudo" group. To do that type this as root:

Make this part of the instructions.

Not the answer you're looking for? Browse other questions tagged wifi setup pi-zero kali or ask your own question.

1
How do I set Raspbian to use the wifi even though the ethernet cable is plugged in?
1
Confast WIfi Adapter WU810n for raspberry pi B+
1
Can't make two network interfaces at once work properly
1
wifi issue with pi 3
0
Pi Zero W is set up as AP & connected to my wifi. When connected, hostname resolves to 127.0.1.1, so I must use an IP address. Can it be fixed?
1
Auto reconnect WiFi in case of changed channel (frequency)
2
Headless RPI ZeroW Kali Linux
3
Timout during ifup with multiple WiFi interfaces on Kali Linux
0
Raspberry Pi 3b+ WiFi hotspot with hostapd Failed to start Advanced IEEE 802.11 AP and IEEE 802.1X/WPA/WPA2/EAP Authenticator