I have an Waveshare 7 inch HDMI LCD (B) (http://www.waveshare.com/product/7inch-hdmi-lcd-b.htm) touchscreen for my raspberry pi 2B+ (running raspbian jessie). The touchscreen is working just fine, but I am wondering if I could somehow turn the back light off. It has a physical switch to do this, but I would like to do it through python or the shell. I don't think this is possible but if it is, please let me know.

It doesn't look possible from the datasheets and photographs available. The presence of a sliding switch like that suggests strongly that it's the only mechanism for turning the backlight on and off. Setting the switch to on, then setting the screen to off using software would put the switch in an invalid state. 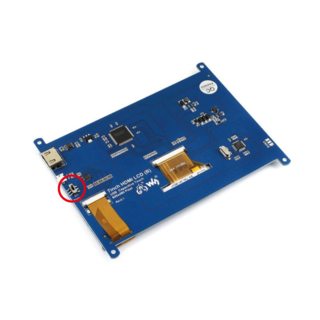 You could, I suppose, desolder the switch and replace it with a relay or SSR which could be controlled from the Pi's GPIO. The switch is surface mount, which can be a little fiddly to solder with an iron, but it looks pretty do-able.

Not the answer you're looking for? Browse other questions tagged raspbian python pi-2 or ask your own question.