I have a Aiphone GT-1C system and am trying to see if its possible to trigger the door release feature for my apartments intercom system. 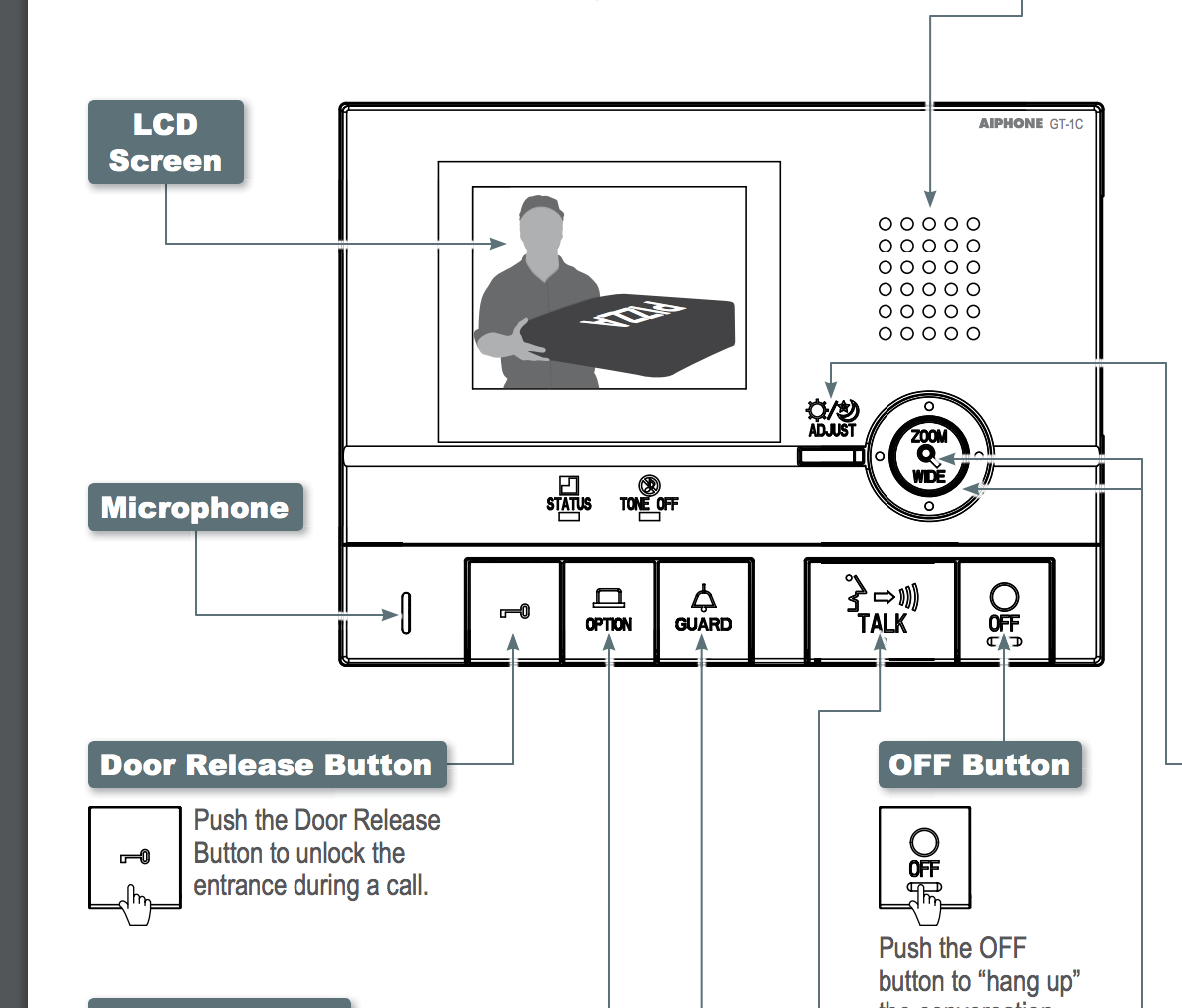 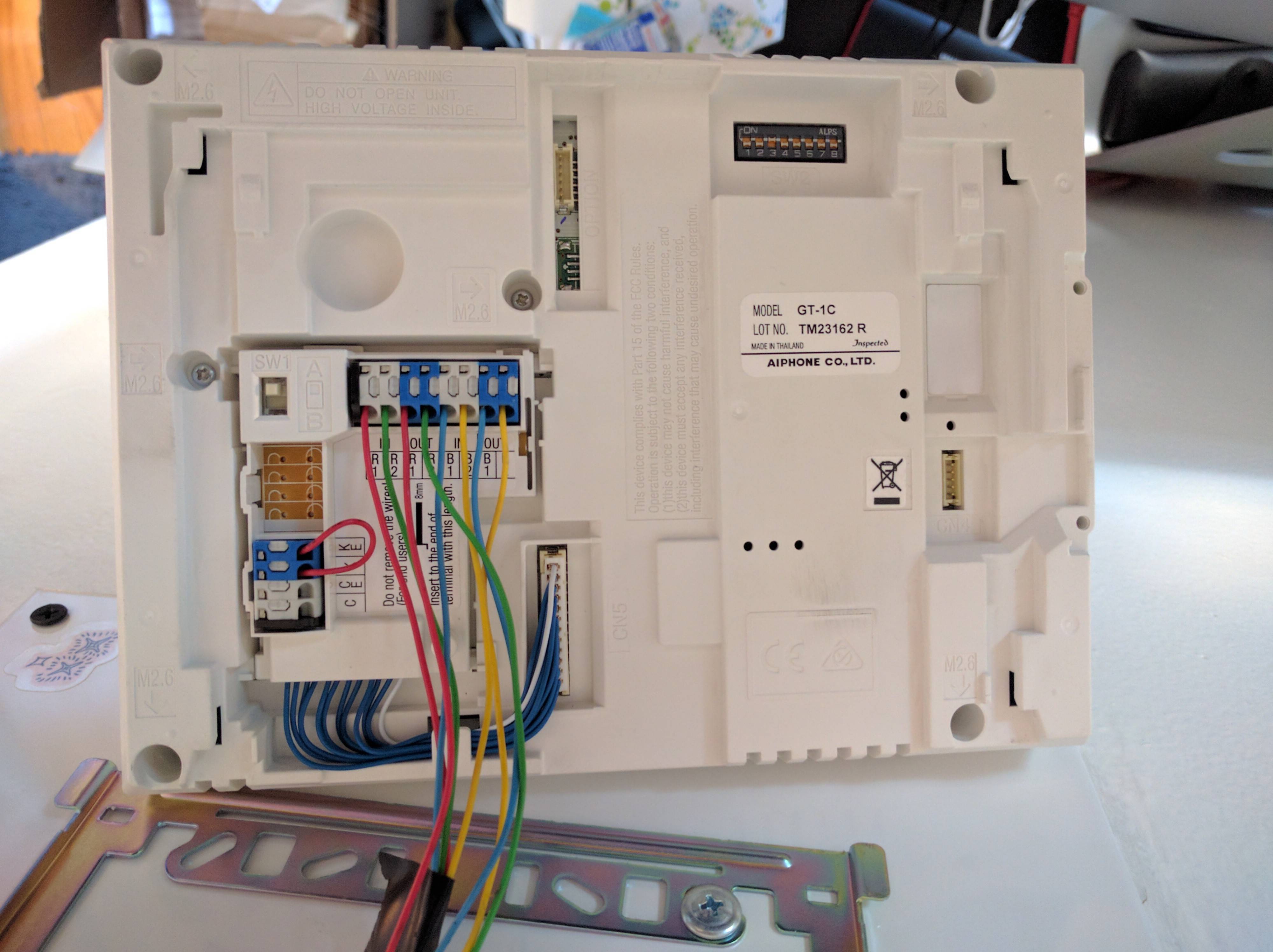 I measured the In and Out for R1/2 at 23.4v and 0v for In and out of B1/2. When I press the door release button (when its off not being called) all the pins go to 23.4v high. This leads me to believe that they are sending data over wire. I do have an oscilloscope that I could use but I feel like if it got to that point it would be over my head.

Is it easily possible to control the door release function via Raspberry pi?

So I emailed tech support asking if they had a dedicated door release pin and they responded with this:

An option switch dry contact closure can be used when connecting a dedicated strike circuit to the gray and black wires of the 6-pin option cable.

The door release button on the GT-1C triggers the Form C contact built into the back of the speaker module of the entrance. The tenant would need to press the Option button (the icon looks like a laptop monitor) to unlock their own unique door.

So there was no real solution I found. I ended up taking the unit apart and soldering contacts onto the breadboard where the push buttons are and use a relay to emulate pressing the button. Works pretty well but still don't have a dedicated switch to open the door.

5
Is it possible to control a small relay?
0
Controlling Buzzer Module - No sound
1
Simple solenoid valve control troubleshooting
3
I am getting ghosting/bouncing on my digital input
18
Why does the SD card random write performance for record size 8-128 kB drops below the performance of record size 4 kB?
8
How does init get to know about power events?
1
digital pot motor control