I am new to GPIO programming. I have a OWI-535 Robot Arm (non-USB version). I'd like to replace the controller that comes with it with the RPI3. I'd like to be able to send commands using GPIO pins as if I pressed a button on the controller. Is that possible? What hardware do I need? I know I need a breadboard and some wires to connect the GPIO pins to the breadboard. I tried searching online for a tutorial, but they are all for the USB version of the robot arm.

EDIT: Thank you for the pointers Steve. This is my first time asking a question on Stack Exchange, so excuse my mistakes.

I managed to find the circuit diagram of the controller. It simply closes a circuit to move up or down using a switch. There are 5 switches, one for each motor (I think there are called SPDT switches). 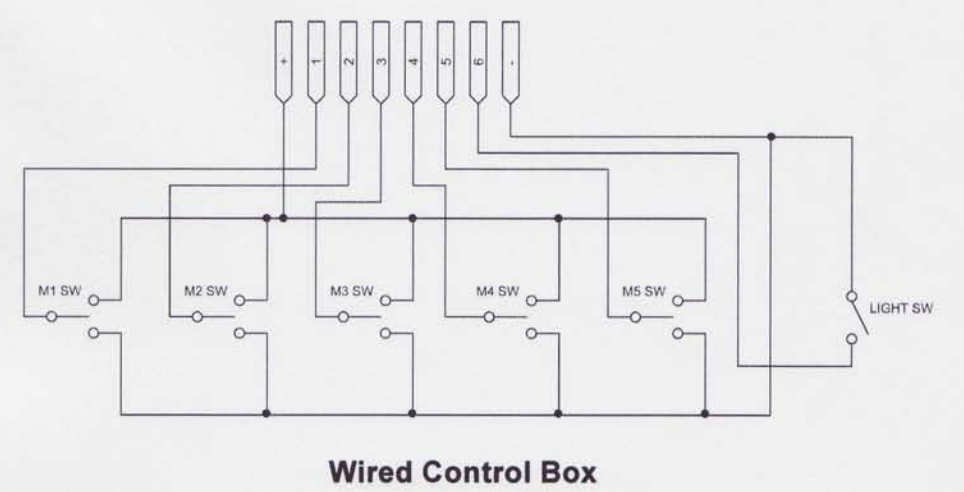 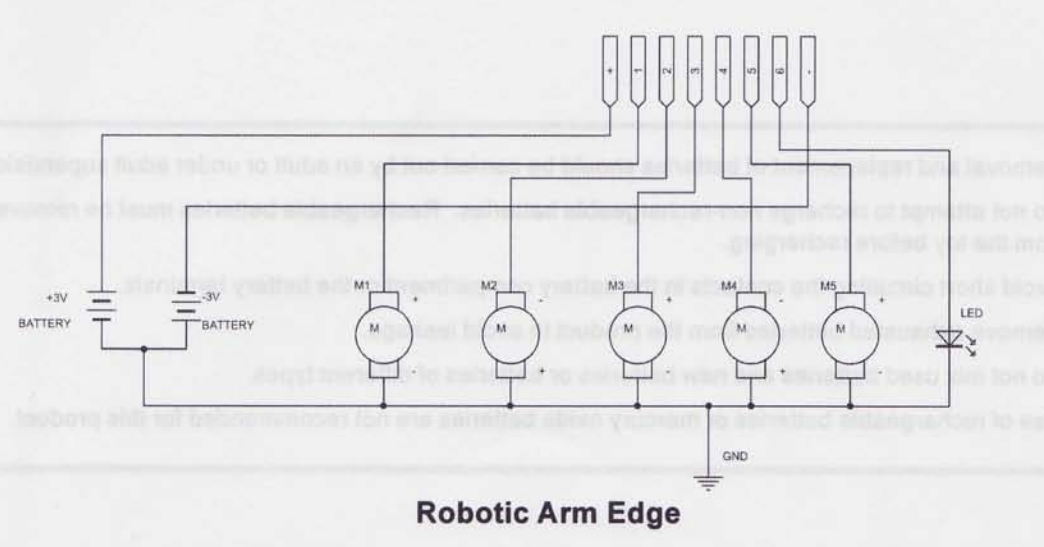 So what I'm hoping to do is to remove the controller, and close or open the circuits to run the motors using the GPIO pins. I am guessing I have to buy a component that works like a SP3T switch but is controlled by the GPIO pins? Maybe that's called a SP3T relay? I am also told I could do this with just 2 transistors for each motor.

I hope this is enough info. Thank you in advance.

I have the OWI arm too. I've controlled it with an arduino, but the concept is the same for a Raspberry Pi.

You will need a motor controller board. The arm doesnt use servos, it has small motors. I used a 2A rated motor controller. It was based on the adafruit design. I dont have the link at the moment, but its meant for arduino and not a Raspberry Pi.

The motor controller board will likely have some kind of library or sample code, so you'll want to start with that.

Lots of people have hacked or modified the OWI arm, so you could check out their projects on Instructables.com.

A GPIO pin is insufficient to directly power a motor. The GPIO pin could control a relay, or a solid state relay, which is the basic concept behind a motor controller. The motor controller will also handle forward and backward. It's known as an H bridge.

Not the answer you're looking for? Browse other questions tagged gpio hardware or ask your own question.

12
Controlling many LEDs with few GPIO pins
2
PHP + PYTHON + LIGHTTPD + Raspberry Pi GPIO to control the Robotic Arm
8
GPIO pins are always HIGH
2
What would I use to let me use the GPIO pins on my RPi without soldering directly onto the pins & without a breadboard?
3
Is there any reason NOT to use SPDT switches with RPi?