I apologize for the double post, but I asked this question earlier and somehow it does not appear under my user and I can't make any edit or comments to it: Trouble with UART Serial Communication with Raspberry Pi and Arduino Mega

I'm trying to get the Raspberry Pi to communicate with the arduino and have been following this guide : https://oscarliang.com/raspberry-pi-and-arduino-connected-serial-gpio/

I've followed the instructions for the disabling of getty and using minicom. I've also followed the code in the guide as follows:

From what I understand, when I type a character into the Pi, it will be received by the Arduino and send the ASCII code back. When I uploaded it into the Arduino and booted up minicom without typing anything, there is already output being shown continuously every 1 second or so. When I type into the console it does work and show the corresponding ASCII code, but the arduino seems to be always receiving data. Is this supposed to be the case?

Edit: I have checked /boot/cmdline and have commented out as per the guide

Also, sudo grep -R serial /etc/systemd/system does not show anything.

Lastly, I've used a voltage level-shifter as the tutorial suggested, but still the garbage values persist.

Edit 2: I'm starting to think maybe the connections are not correct. Here is a picture of my level-shifter( oops realised I can't post more than 2 links) 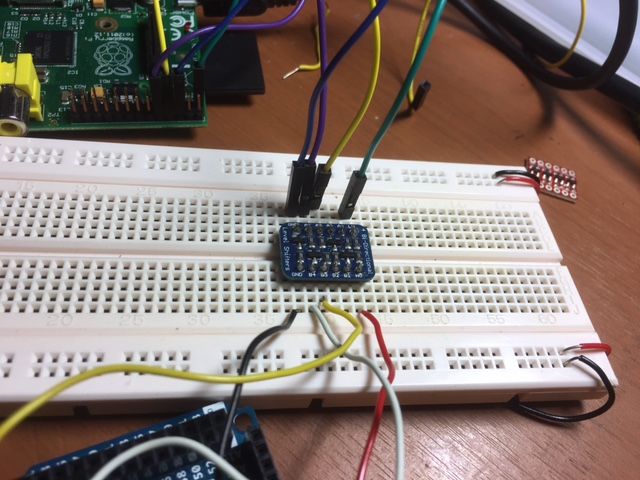 Bottom to Arduino(right to left):

Found a report on similar behavior (getting invalid characters along with valid ones) posted on this thread.

My hunch is there is some line noise which is showing up as data on the rx pin of the Arduino making it send out responses.

Few things i'd suggest to isolate or identify the problem

Okay, I've managed to get your code working between a Pi2 and an Arduino Pro Mini.

The Pro Mini is meant to be a 5V device but seems to work quite happily when powered from 3V3 which means I didn't need a level shifter. 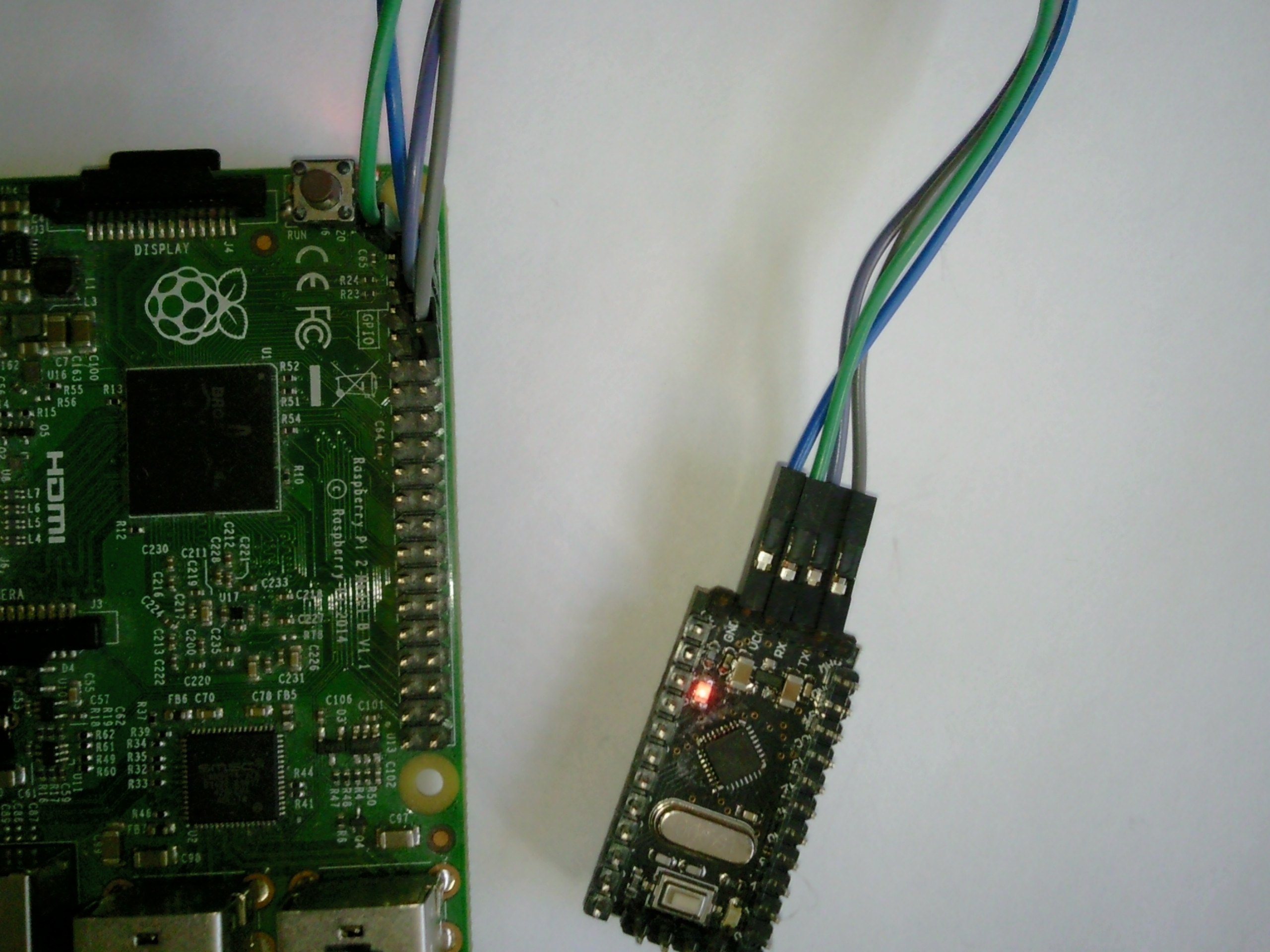 NOTE: The order of the above is important as raspi-config will incorrectly set enable_uart=0.

You can then use minicom or whatever. I used

Permissions were as follows