I am getting EXT4-FS error on Raspberry Pi 3 randomly. I am attaching a screenshot from the display here:. 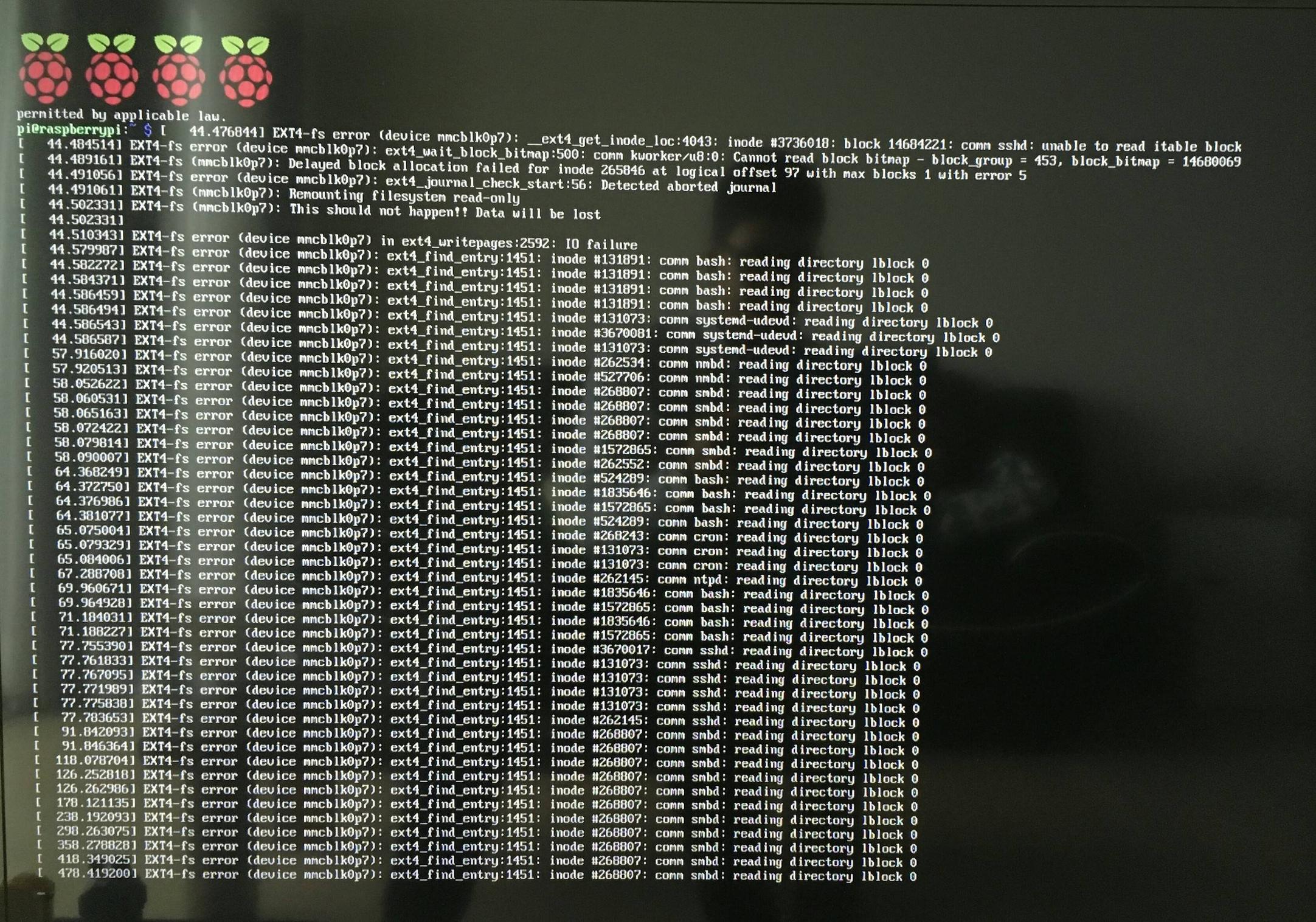 After every restart it works normally for a few hours and then crashes. I am running latest version of Raspbian on it. Pi is powered through power adapter. Any ideas why this happening? Is the SD card corrupt? I am not able to find this log in syslog.

The filesystem appears to be getting corrupted repeatedly, and from the sounds of things, that includes while the system is running and not just between boots, which is when it is most likely to occur if you pull the plug at the wrong time.

That should not happen. I would suspect a faulty or worn out SD card at that point. You may also want to check the physical reader on the Pi, if it is a model that uses a full size card the plastic holder can be easily broken without being noticed. The holders on all models can also become lose. However, the holder is most likely not the problem as I think that would cause a very drastic and mysterious failure (as opposed to just filesystem errors) and probably would not corrupt the card (but I could be wrong about that).

I know this is an old thread but I had the same problem and I think I solved it by changing the adapter for the microSD card... maybe it helps someone else.

Not the answer you're looking for? Browse other questions tagged raspbian boot-issues or ask your own question.