Now to install ROMS I saved them on a 8GB USB drive and connected both to the pi zero via a 4 port usb hub (which was connected via the same OTG cable). The pi zero fails to detect the hub and anything connected to it. The controller and USB drive are detected individually but not via the hub.

The hub is a simple unpowered one, I believe its a USB 2.0 one. I have also tried another hub I had lying around and experienced the same problem.

Both these hubs work fine on my laptop.

I thought maybe my power supply was inadequate which was a 0.5A android charger, so I went ahead and bout a 1.4A charger and booted via that, but still had the same problem.

I searched and found this: https://www.raspberrypi.org/forums/viewtopic.php?f=63&t=127158

many people are having problems with this, some people suggest that you need a powered hub for this to work butr a lot of people in that thread mentioned that they were using simple cheap unpowered ones as well without any problems.

Would appreciate some help please. 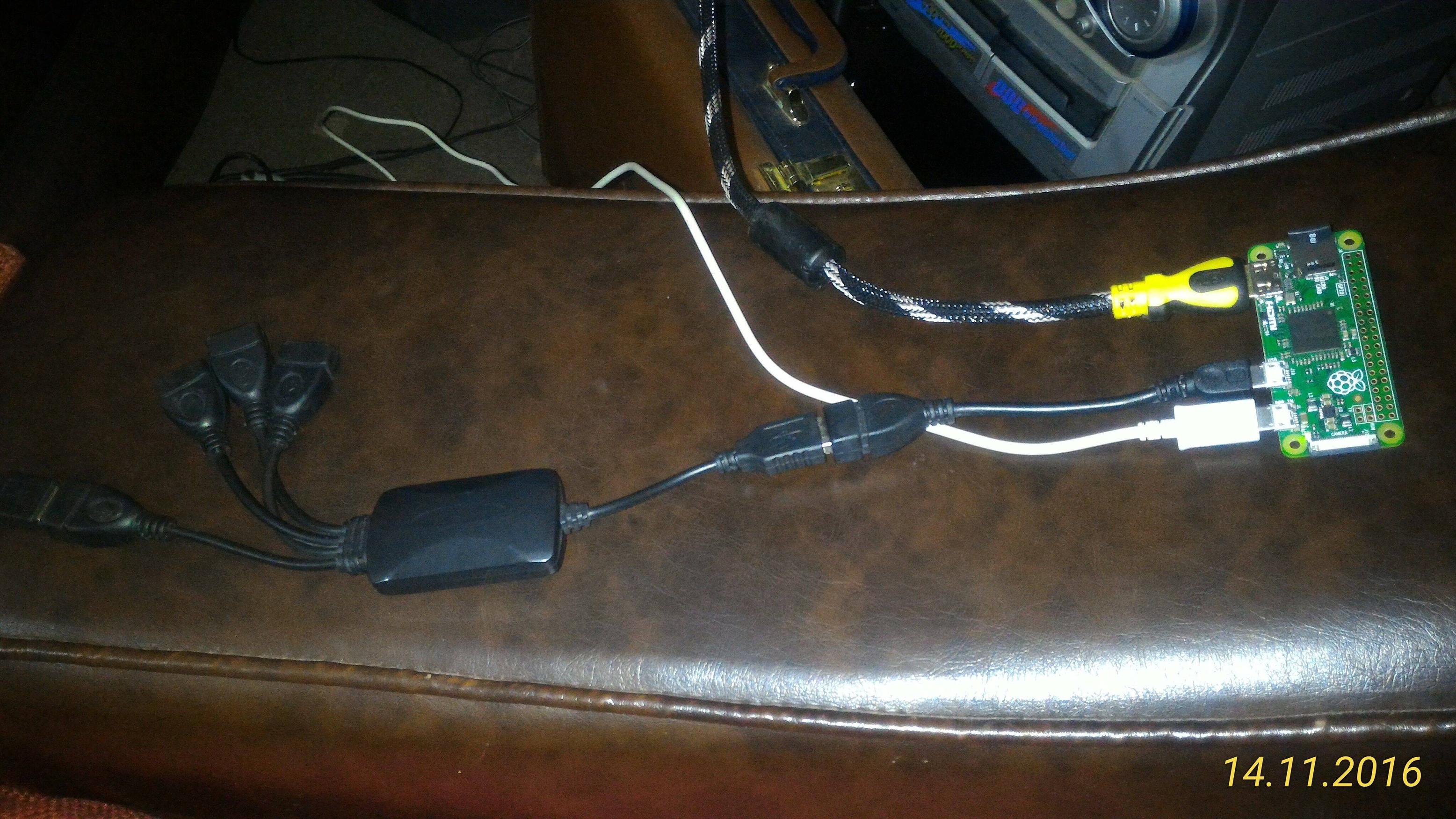 I already have an OTG hub that works fine either powered or not as described here, but note when the hub is powered, it must be used to provide power to the Pi, since otherwise there would be two competing power sources and that is a bad thing.

But I decided to try this with an ordinary (optionally powered) USB hub, and ended up with a similar answer to this one from a similar question. People who are having a problem may want to look at both.

There are two traps I suspect people fall into:

To make sure these points are clear:

If you want a hub that you can both power the pi from and use as a hub, you need an OTG hub, not just a normal hub with an OTG adapter; see the first link above.

Here's two variations on the normal hub. In the first picture, the Pi is powering the hub: 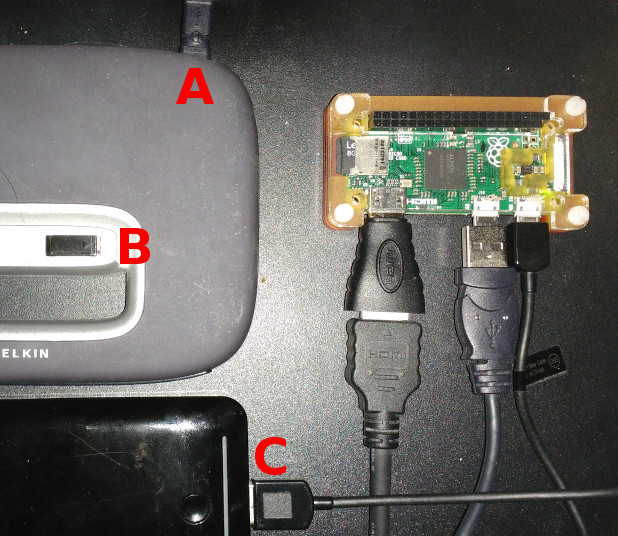 A is the data line coming from the hub. It is connected to the data jack on the Pi. It's mostly hidden in the picture, but I'm using an OTG adapter on the other end that fits inside the normal size male end of the data cable, so what you can see is the smaller micro B jack sticking out of it into the Pi.

B is an RF keyboard/mouse transciever I used to test that the hub worked to provide slave devices. C is the power supply to the Pi, which is used to power the hub.

It can't be seen in the picture, but the hub is unplugged (there's a third variation on all this, since it also works with the hub plugged in but the pi powered separately).

Here's a variation on that where the hub is powered, and used to power the pi, but this requires two cables between the hub and the pi, one for the data line and a normal one to provide power. 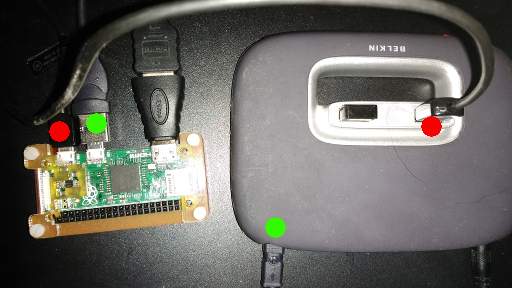 I would guess that if the hub is plugged in, it disconnects the power from the data line so there are not competing supplies. I'd also guess that any hub which can be used this way does the same thing, and that most powered hubs can be used this way. But I don't know for sure. In any case, it did not explode for me ;)

One thing you should be sure of: DO NOT PLUG TWO NORMAL PORTS INTO THE PI THIS WAY. One is okay. The other one here is the hub's data line.

Not the answer you're looking for? Browse other questions tagged usb pi-zero retropie usb-hub or ask your own question.

4
USB OTG Hub does not recognize devices at boot
3
Does a USB hub work with Raspberry Pi Zero?