What information is on the label on the back of the RaspberryPi?

There's a small label on the back of the RaspberryPi (this is a Pi3, but there's a similar one on the Pi2) that includes a 2D barcode. What's the information on this label? 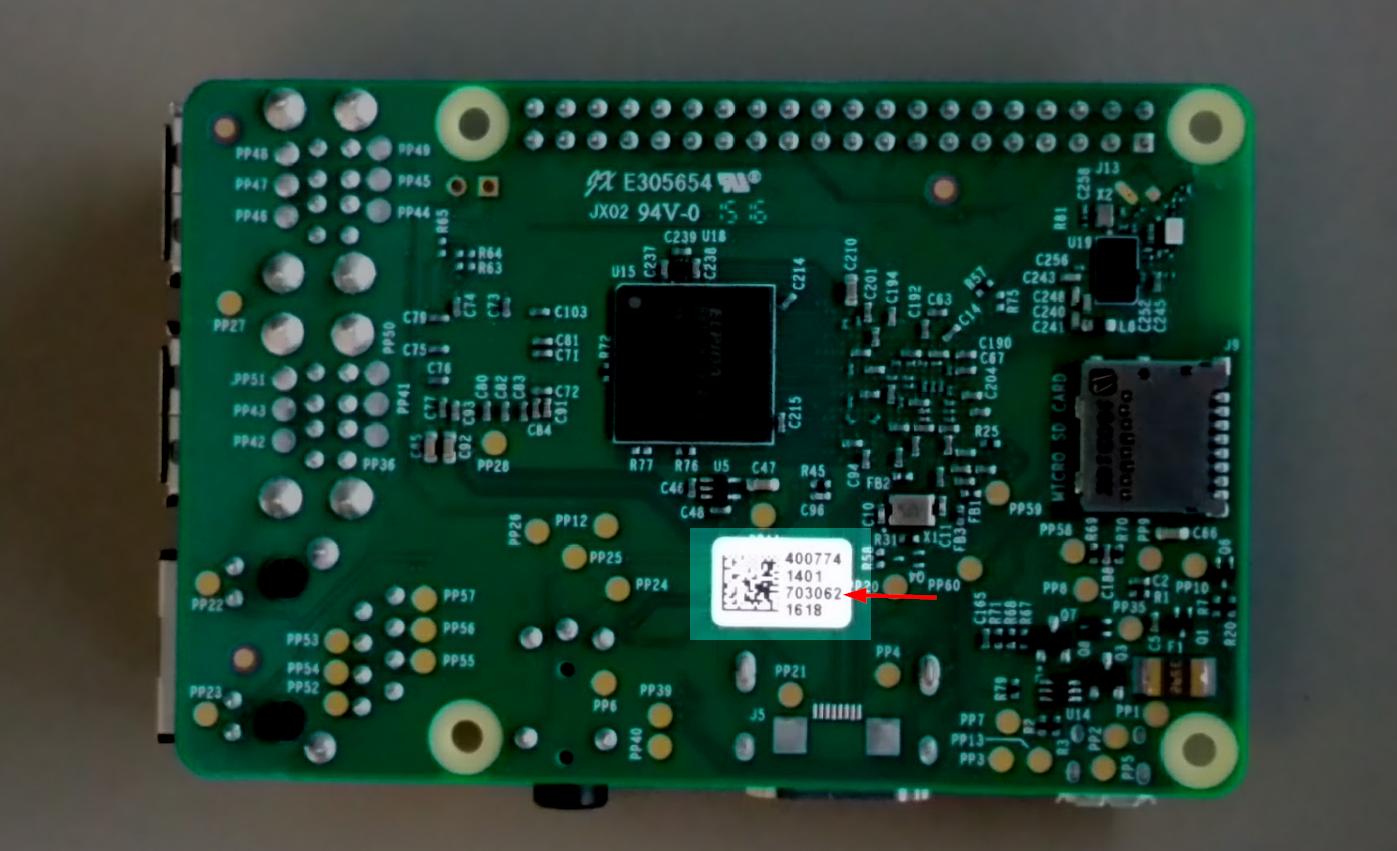 For clarity, this one says:

In particular, I notice the 3rd line is the distinct across a few different Pi3's that I checked, while the rest are the same.

To answer a couple questions:

We seem to have an official explanation of what it is, but not precisely what information is on the sticker. According to James H, one of the engineers,

It's a Sony tracking sticker for quality control so they can track when/where it was made etc, in case there are issues.

After being asked about different styles of stickers, he elaborated:

Different factories use different stickers I believe. When I asked the guy who knows about this I showed him one of my boards as an example, which was made in the Sony factory.

Further up in the thread, people speculated that the final 4-digit number is the YYWW manufacture date, which James neither confirmed nor denied. I think it's a pretty safe guess though.

86
How do I get the serial number?

1
How to use raspistill on a Raspberry Pi 3 from Ubuntu
2
Information Retreival From Several Raspberry Pi 3s'
11
What is the purpose of FOUR RaspberryPI icons on boot?
0
What Chromium version does RaspberryPi 3.0 use?
1
Screen blacks and sends back after login
1
What happens if throttling back doesn't help on high temperature? Does Raspberry Pi power off?