I'd like to use the a Grove RGB LCD on a raspberry Pi. I would like to plug it directly with minimal circuitry.

It's a cheap RGB LCD that use I2C. There's raspberry pi librairies (Python and C)... but it's supposed to be plugged to a Grove Pi wich is more expensive but you don't have to.

Has anyone done that already ?

From my understanding It should work directly, am I right ?

It should work directly

Probably not directly. Since it is plugged directly into an Arduino on the product page, it presumably uses 5V logic, but this is not a difficult or expensive problem to solve:

As for the software libraries, they may or may not work without the Grove Pi, which does appear to have an Atmega chip (the heart of the Arduino) on it. However, this diagram: 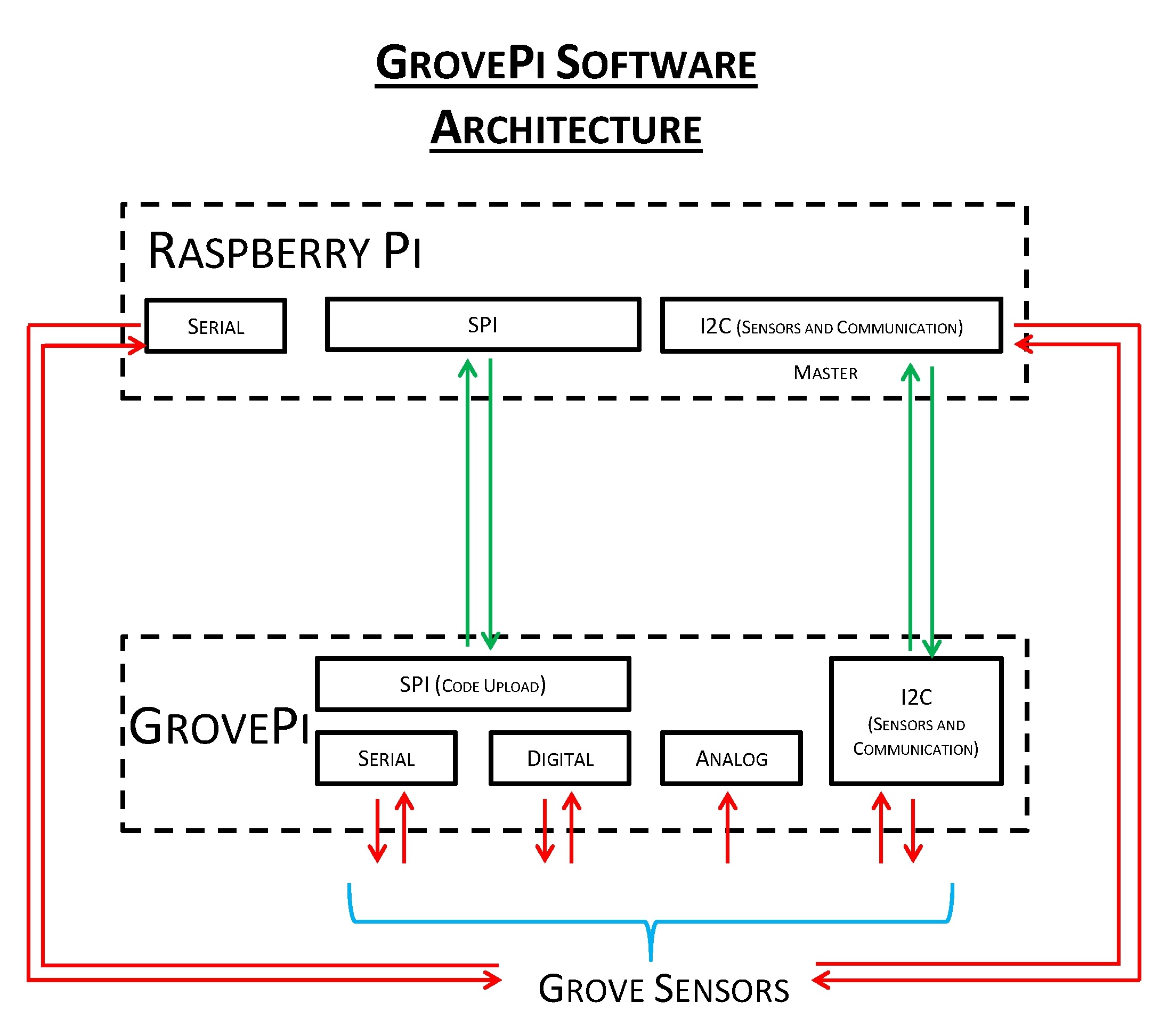 Makes it look like I2C communication with Grove device can bypass the Grove Pi (at least in the abstract, since you will probably still need that level shifting). Which strongly implies their software can be used in that context.

If not, since the source is available, it would not be impossible to create a version of it which does work. Presuming that's a fairly standard I2C adapted 1602A compatible LCD, there are I think already a number of libraries in various languages that should work with everything except the RGB aspect.

Beware "not impossible" != "possible for everyone", of course.

I2C is pretty standard using SDA and SCL lines (data and clock respectively). You should be able to connect the matching pins from the PI (including power and ground - Do not connect power to the 5 Volt pin of your Pi use the 3.3 Volt pin to avoid damaging your Pi.) to the LCD and use the existing libraries. Grove in this case is the type of connector on your LCD and you can either get a matching grove connector and solder the wires to your Pi or just use some female to male jumper wires. Alternatively, you can get add on boards for the Pi that allow easy connection of grove devices to the Pi's GPIO pins.

Then it becomes plug and play with all your Python drivers available.

Here is a tutorial on how to use the devices:

Not the answer you're looking for? Browse other questions tagged hardware i2c or ask your own question.

4
How to use Arduino devices with Raspberry Pi?