Running an HDMI projector through SSH

I have a PI3 with Arch Linux on it, and it is connected to a small projector through hdmi. The PI is headless and I connect to it via ssh.

I would like to launch an X application displaying videos and have it displayed in the projector.

I have tried doing the following, while the raspberry is plugged in and I can see some tty being projected on the wall

at which point I get a

Not sure how to go on from here. A copy of the verbose log is here:

If x is already started (locally on the pi) you can just start a x program true ssh and it wil display om x ( in your case the projector) i used this with vlc , just add te parameters to enter in fullscreen

in my opinion it's nicer to do this with using a web-biased controller https://wiki.videolan.org/Control_VLC_via_a_browser/ 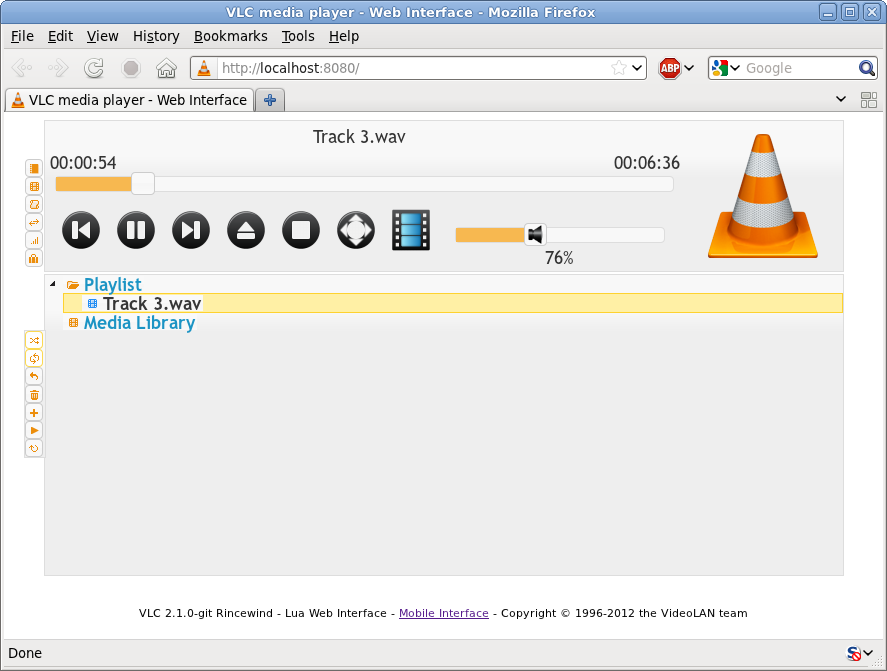 You can't startx over ssh. You would better go with VNC to run GUI applications on the Pi's screen.

If the videos can be played in omxplayer, you won't need to start an X session. Just type omxplayer -hdmi http://video.example.com/video.mp4 (substituting whatever video URL you want) and it should play. This does require you to know the video's "final" URL, not just the URL of some page that embeds it, but the huge advantage of omxplayer is that it uses the Pi's GPU rather than its CPU, hence it can play high-definition videos even on a Pi Zero (or Zero W) as long as you've set gpu_mem high enough in config.txt (384 works well, although on a Zero that means you'll have only 128M left and had better not try to run an X desktop without a swapfile). On the 3, CPU and RAM is not quite so much of a worry as on the Zero, but even so I expect omxplayer will work better than VLC et al for a good few videos.

For the final tweak, find out the native resolution of your projector, find out which HDMI mode number is closest to that resolution, and use the tvservice command to select it. E.g. tvservice --explicit='CEA 3 HDMI' gives 720x480 (16:9) which works well with the Miroir Mini Projector. Run this before running omxplayer and you should get some nice clear video renditions.

Not the answer you're looking for? Browse other questions tagged ssh hdmi or ask your own question.

19
How do I discover the IP address of my headless RPi?
2
Is there a way to Mirror the HDMI TTY Terminal over the Network (i.e. Not Desktop and Not SSH)
0
Arch Linux SSH access, but no internet (eth0/DHCP)
1
Why is Jessie Lite headless but not running SSH by default?
0
Retrieving AlarmPI (Arch) IP automatically by uploading file to an ssh server
6
Cannot open display through SSH
0
Rpi3B+ ssh session drops randomly