I have an Raspberry Pi 1 and a NoIR V2.1. I also bought an IF lamp and with an slow enough shutter_speed the brightness gets good enough, but the image is really blurry.

I created an image with the code:

I also tried to play with the camera.sharpness, but this seems to have little to no effect to the sharpness (Created 200 pics in an loop with every sharpness setting)

Here's a picture of the cam: 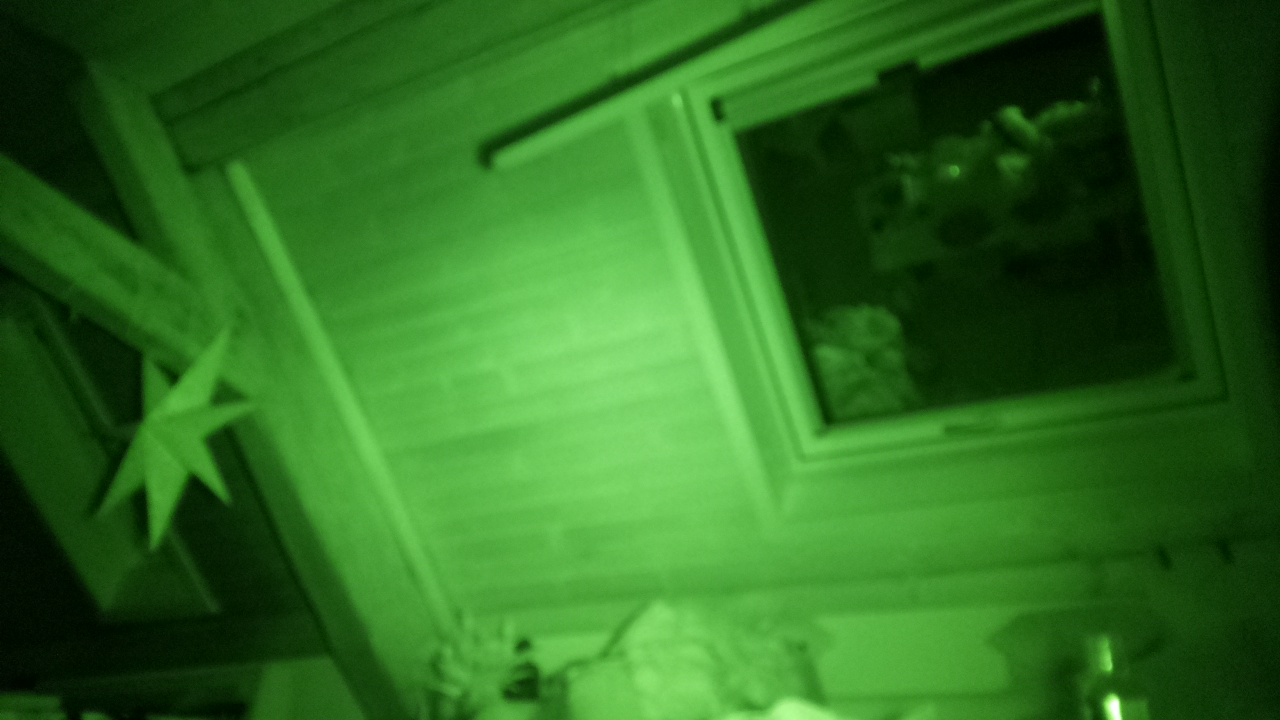 Is this normal, or is there anything else I have to do to get an clear picture?

Make sure to hace the cam totally stable, so there will be absolutely no movement of the cam during taking pictures, since even very small movements or vibrations of the cam will cause blurr in a long exposure picture.

If the blurr will still be present, I assume you got a faulty camera and suggest you to contact the dealer for a replacement. Faulty cameras are a known issue