I am new to Raspberry PI. I am following button tutorial from adafruit site.

it is always returning false resulting in MP3 being played continuously.

I have double checked my circuit and it is as per the diagram shown.

I was able to get it to work by changing the code to setup the pins.

My question now is how come in the video the unedited program was working ? Has something changed in the new version of the Raspberry PI ?

Here is the photo of the circuit 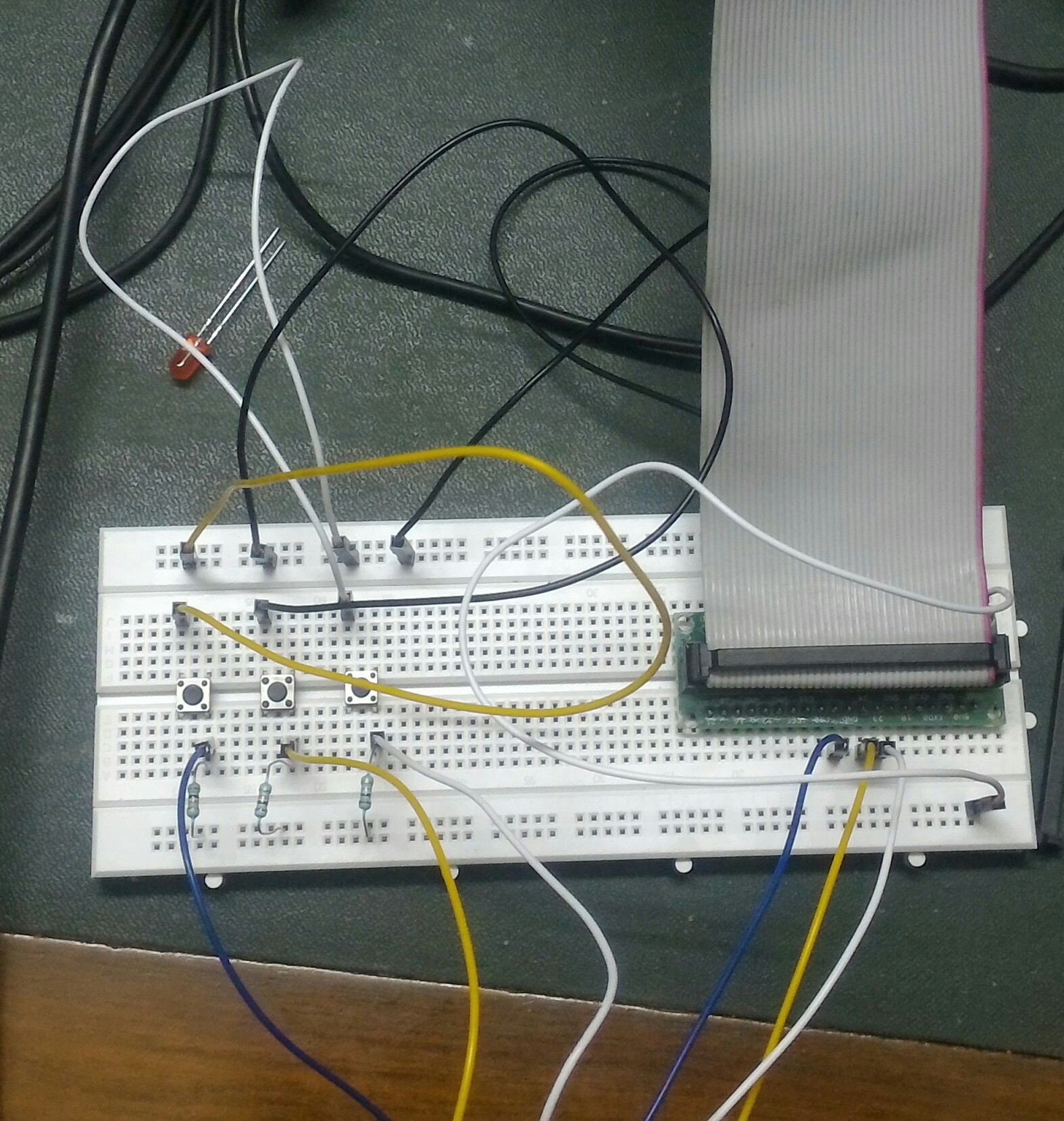 I did some digging into the code for setup and following were my observations:

If the pull_up_down parameter is not passed to the setup function it is assigned as PUD_OFF by default.

When the pull_up_downis PUD_OFF the process of setting pull up down function executes a different code which I am not able to understand now.

But by passing the value as PUD_UP the code necessary for setting it for using pull up resistor is used and it works as intended.

Any explanation regarding what is happening in this function is welcome.

If the other side of the switch is connected to ground, then a "pull_down" function would automatically give you a false result because the pull down resistor is also connecting to ground, effectively giving you a constant button pushed result. That pin will have a constant LOW (or FALSE) reading.

By applying the pull_up function, you are connecting the pull up resistor to +3.3V and that tells the RPi that the input is HIGH (or TRUE). This is used to stabilize the input and keep it from floating and possibly giving false readings.

Once you press the button, you effectively short that pin to ground and the RPi gets a LOW reading on that pin.

Not the answer you're looking for? Browse other questions tagged python input-device or ask your own question.