Contradictory advice in visudo comments; is one way right?

This question arises on a Pi running RasPBX, which is Rasbian + Asterisk, but I think it will be the same under straight Raspbian. I run certain admin functions remotely against the PI from a Windows machine elsewhere on the network, by launching a putty window that executes a Linux command on connecting. I use putty's inbuilt feature for this, located in the connection settings at the root level of the SSH folder: 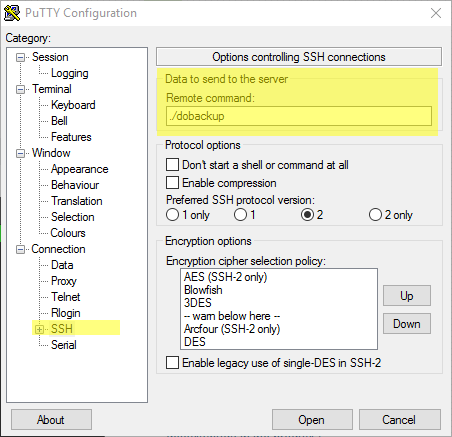 I didn't initially have a way to run these admin functions as a user with limited permissions, which it would make sense to do. After reading this useful info on *nx SE, it struck me the sudoers mechanism was the obvious way. But when I try to apply the linked guidance, starting with

edit the sudoers file with an existing sudo user, with the command sudo visudo

I am immediately advised, by a comment in the sudoers file being opened,

Fair enough, but when I go to directory /etc/sudoers.d/, the one file there (README) passes the buck right back again:

I want to do it right, but doing it right would appear not to be an option. I guess I'll have to toss a coin. Unless the community has any more wisdom on this?

I suspect the message doesn't mean what it appears to say.

If my interpretation is correct, this doesn't mean "put all your configuration in /etc/sudoers."

It means "use the visudo utility -- not anything else -- to edit all configuration files."

Using visudo checks for errors before saving changes, and tries to prevent you from shooting yourself in the foot. Mistakes in any sudo configuration can make sudo unusable, and without sudo, you can't give yourself permission to fix what you broke... vicious circle.

Not the answer you're looking for? Browse other questions tagged raspbian sudo or ask your own question.