So last week I bought the Raspberry Pi 3 model B with the complete Canakit. I installed Ubuntu 16.04 server standard image on the micro sd card with my Windows computer.

I used SF Formatter to format my micro sd card with the Format Size Adjustement option On. I also used Win32DiskImager to write my image on the micro sd card.

Here's the Ubuntu image file that I used: http://www.finnie.org/software/raspberrypi/ubuntu-rpi3/ubuntu-16.04-preinstalled-server-armhf+raspi3.img.xz

The first boot went well. I used that command to upgrade my Raspberry PI:

After that, I rebooted my Raspberry PI and it always got stuck on the u-boot screen. It's like it can't find the OS.

I can add the error code tonight when I get home. I've tried it multiple time and it didn't worked everytime. I also have a Macbook Pro, so if it changed anything I can try to format and write on my micro sd card with it.

Update 1: Here's the error message that I am talking about. It occur when I boot my Raspberry Pi 3 with my Ubuntu Server 16.04 standard upgraded. 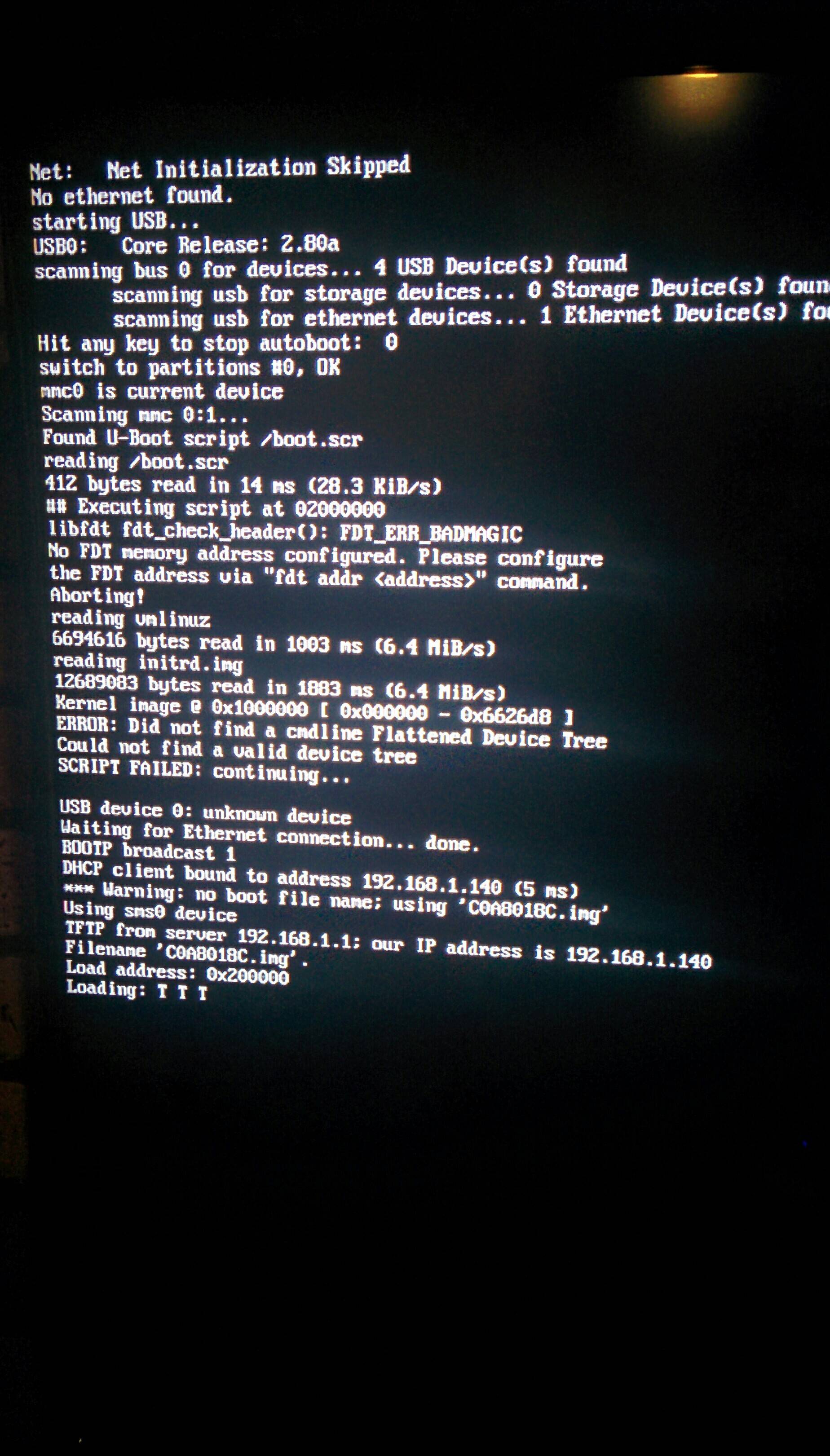 I had the same problem. In my case, the following instructions fixed the problem:

Your problem is attempting to run dist-upgrade.

AFAIK your system is now broken, and your only option is to restore from backup.

There does NOT appear to be a version of dist-upgrade for MATE ARM for the Pi.

Edit The latest update to

Ubuntu MATE seems to have joined Arch and Raspbian in updating kernel (to the latest Foundation supported version) with sudo apt upgrade. This was before the official announcement of the update

(I have not tried what dist-upgrade does on the latest, but there seems to be no need.)

i had nearly the same problem as the author.

I have a PI3 here with ubuntu-16.04-preinstalled-server-armhf+raspi3.img installed. Right after doing the update and upgrade procedure (not dist-upgrade) my system was not able to boot up anymore. First i tried to modify my config.txt ( device_tree_address=0x02008000 ) as mentioned earlier by someone else. Unfortunately this did not fix the problem.

So i decided to try something else: I copied over all the files i found in the folder "system-boot" inside my original ubuntu-16.04-preinstalled-server-armhf+raspi3.img file to the sdcard by overwriting existing files. After that my PI was able to boot into xenial again.

Than i tried to use dist-upgrade. After i did reboot, again my system didn't work. Again I first tried the fix that was mentioned before ( device_tree_address=0x02008000 ) and it worked for me. Anyway I also retried the procedure i did before ( overwriting the files in "system-boot" ) and again, it worked.

I am defenitely no computerexpert. So i dont know if this might effect my system with bad behavior in future. But for the moment, i use it as workaround.

EDIT: After some testing i found out that i was unable to detect my wifi-device after doing the dist-upgrade-procedure. To fix this, i did a backup of the file /lib/firmware/brcm/brcmfmac43430-sdio.txt before upgrading. After reboot I copied the file back to it's place (somehow it gets deleted by the system during the upgrade-procedure), did another reboot and now the wifi is back online.

Simple = be attention on the information

Not the answer you're looking for? Browse other questions tagged pi-3 apt ubuntu update u-boot or ask your own question.

1
How do I install ubuntu server 16.04 on pi3 model B
0
Ubuntu server on raspi 3, poweroff.. how to reboot?
1
Raspberry Pi 3 dosn't boot after apt upgrade