I am trying to dive deeper into the boot process and understand how everything works.

I have understanding but I am not sure I am right. I have already found a lot of great examples like that What is the boot sequence?

As I can guess this the board specific boot process.
I know this question could look a little bit offtopic, but I haven't found any other place with a such great community.

First of all consider we have an electronic device, let it be a Android powered smartphone. 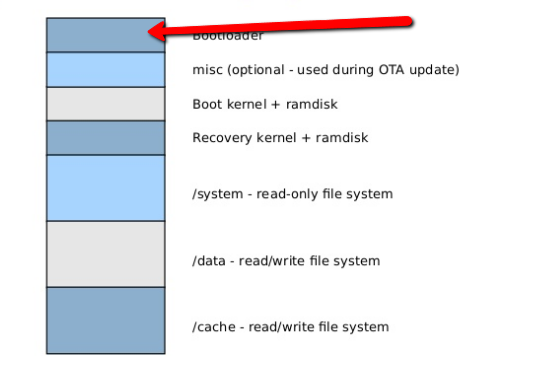 Does my story make any sense ? Do I understand a boot process correctly ? I would be grateful for any help or explanation.

44
What is the boot sequence?
2
Why does Raspberry PI use GPU for loading bootloaders and configuration

36
Level of Hackability of raspberry pi
69
How does Raspberry Pi boot?
3
Minimal bootloader for Raspberry Pi?
1
U-boot for Rasp, what stage would be?
2
does the kernel.img file loaded at physical @ 0x00000000 or 0x00008000
9
Self healing SD Card partitions
12
How to boot raspberry pi very quickly into Linux?
3
Raspberry PI boot FAT32 arrangement