LED on breadboard lights up on boot 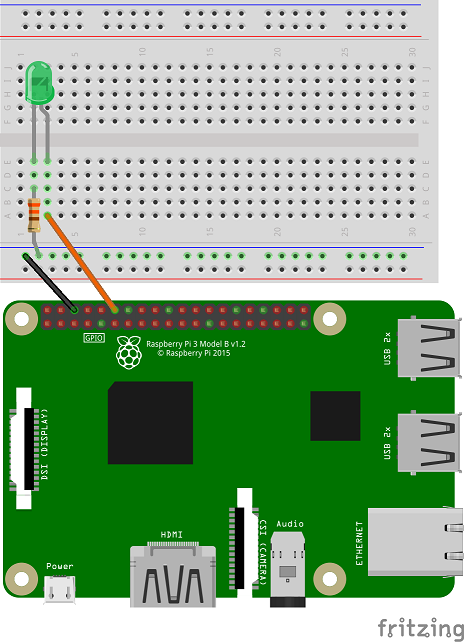 The script is supposed to turn the led on, sleep and turn it off again. And the script does work.

If I reboot the pi the led suddenly is on again and I wonder why. Is it because I am missing something important about the pi's functionality or am I making mistakes here? By the way the same behavior occurs with rgb leds too.

I also read up on GPIO.setmode(GPIO.BCM) and it seems that the only difference between the modes BCM and BOARD are the number one uses when referring to pins, or might the mode be the issue?

You can't guarantee the state of the GPIO pins during the boot process; all sorts of things from the kernel configuration, device tree, modules etc can mess with this.

See Why are some GPIO pins HIGH when the Raspberry Pi boots up?

You could run a script from /etc/rc.local to reset this pin on boot, as described here.

Try to cleanup the GPIO pins to restore them to low state. Try the following code for example:

I have modified the code from the site a bit to match your code's pin numbers.

Not the answer you're looking for? Browse other questions tagged pi-3 led breadboard or ask your own question.

20
Why are some GPIO pins HIGH when the Raspberry Pi boots up?