I am a new Raspberry Pi user. I bought a Pi 3 recently. I installed rasbian on it by using NOOBS abd SD Card Formatter. After completing the installation i set a root password by using -- sudo passwd After getting a successesful message i tried to update the OS by using -- sudo apt-get update(it started updating without asking for user password which does't happens on ubuntu systems). Then i tried to upgrade OS by using command -- sudo apt-get upgarde

After this command i clicked yes when asked by the terminal. After starting the upgrade process i got error message which says -- mkdir: cannot create directory '/var/lib/chksshpwd/' dpkg: error processing package lib-chksshpwd:armhf (--configure) libpam-chksshpwd:armhf

Attaching the image of error which i got 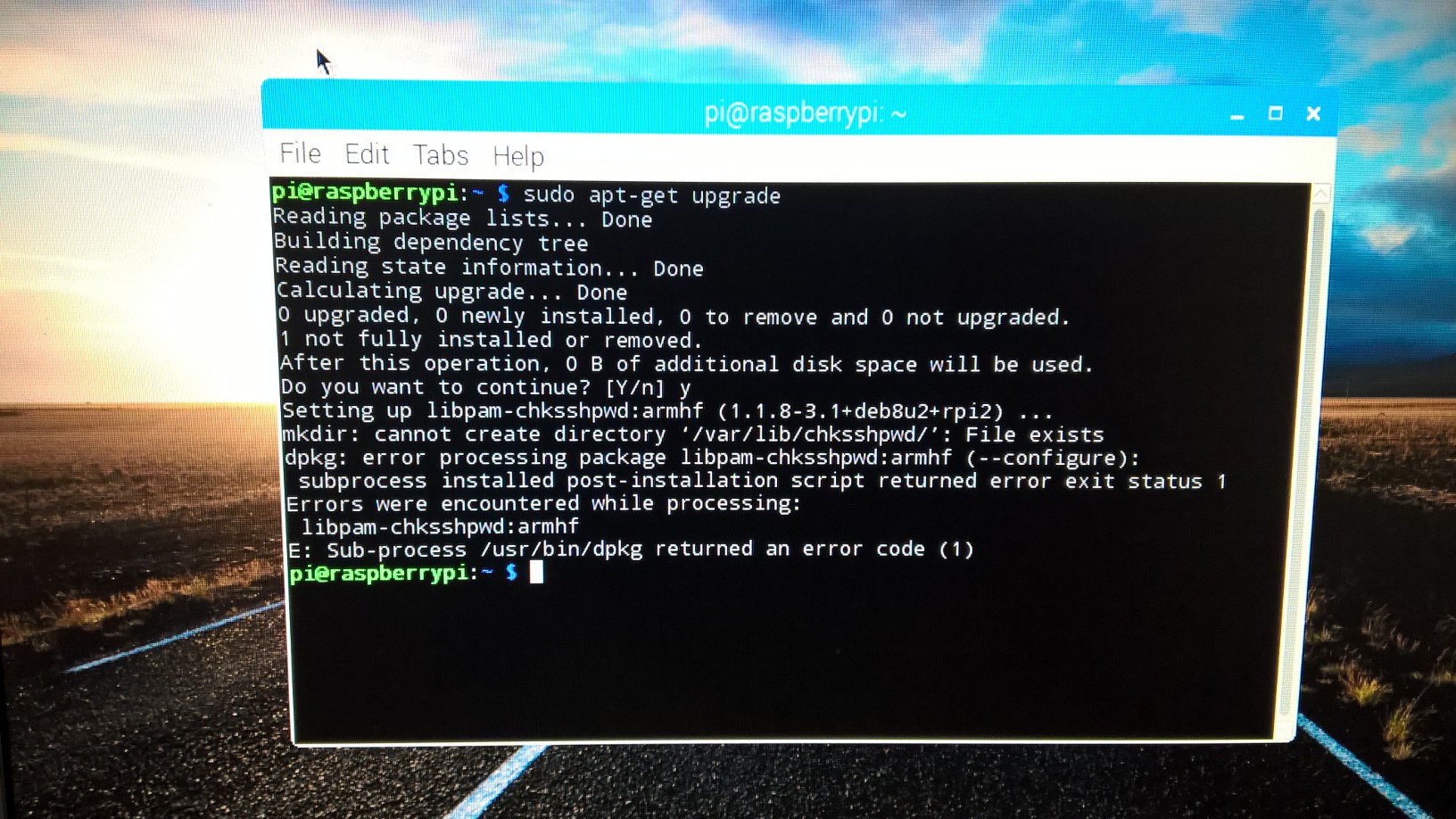 This worked me ... Type this to terminal.

Not the answer you're looking for? Browse other questions tagged raspbian pi-3 update password or ask your own question.