I have a 7 segment display component already mounted onto a board that I got off a old till (cash register). The output is from a ribbon cable which is the same as the Pi's DSI display port.

How would I be able to interface between the component though the DSI port? 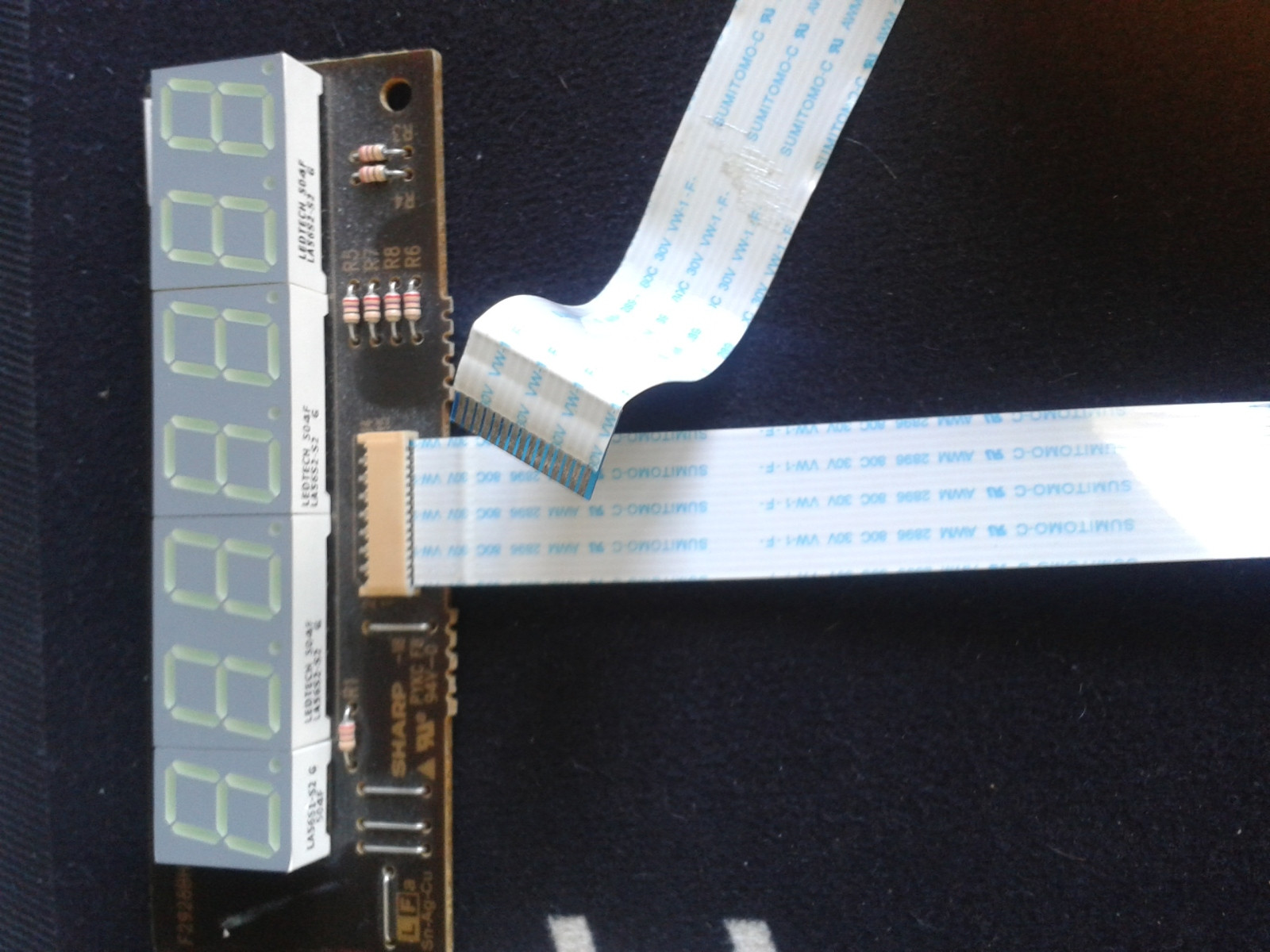 There's no way for anyone to know anything about that board and where its connections might go. I absolutely would not connect it to the Pi's DSI connector without first knowing exactly what each of those lines were supposed to do. Just because two things are the same shape and size does not mean that they're intended to work harmoniously together. It's very likely indeed that the end result of plugging one into the other is going to be damage to either the Pi or the display board. Find the documentation or work the circuit out from first principles, but don't just plug the thing in.

Moving past the purely electrical problems, I'll eat my hat if anyone's created a driver suitable for dealing with that board over a DSI connection on a Pi. Even if the display board had been designed to connect to the right pins in the right order, you're almost certainly going to have to write your own driver code.

If you're absolutely determined to recycle the board it may well turn out to be easier to strip the individual components (which it should be easier to find datasheets for) and figure out how to interface them with the Pi's 3.3V logic.

The DSI is usually used for LCD displays and the like, but with the right driver you might be able to make it work. It definitely won't be plug-and-play though, I can't imagine that board handles Display Command Set commands very well. You can find more about the DSI standard in the standard itself [.pdf].

With a board as simple as that and not too many pins, figuring out the routing can't be too hard. Make sure you verify what signal is on what pin, especially power signals, before connecting the hardware to your Raspberry Pi.

As goobering suggests, it's likely easier to connect the display to the GPIOs instead. If you're already short on IO, you could use something like a 23017 I/O expander [.pdf] instead.

Not the answer you're looking for? Browse other questions tagged display or ask your own question.

2
How to connect 7-segment 4-digits display with Pi?
4
Can I use usb port for display purposes?
4
What is the function and purpose of the GPIO connector on the official display?
1
Raspberry Pi 3 Display Cable, what is it called? How to attach?
7
Official Raspberry Pi 7 inch display power consumption
1
GUI on an E-Ink display?
4
Can't set output to 4k 60hz on Pi 4
0
Thickness of Pi 7" Display + driver?