I've been following a tutorial to hook up an electronic compass that relays info to the Pi via i2c. The only differences between my equipment and the tutorial's is that I am using a Raspberry Pi 3 with Python 3 already installed, and the HMC5883L compass I am using has been bundled with a few more sensors than that being used in the tutorial.

I've triple checked my connections, and am certain that VCC is hooked up to 3.3V, GND to GDN, SDA to SDA, and SCL to SCL. 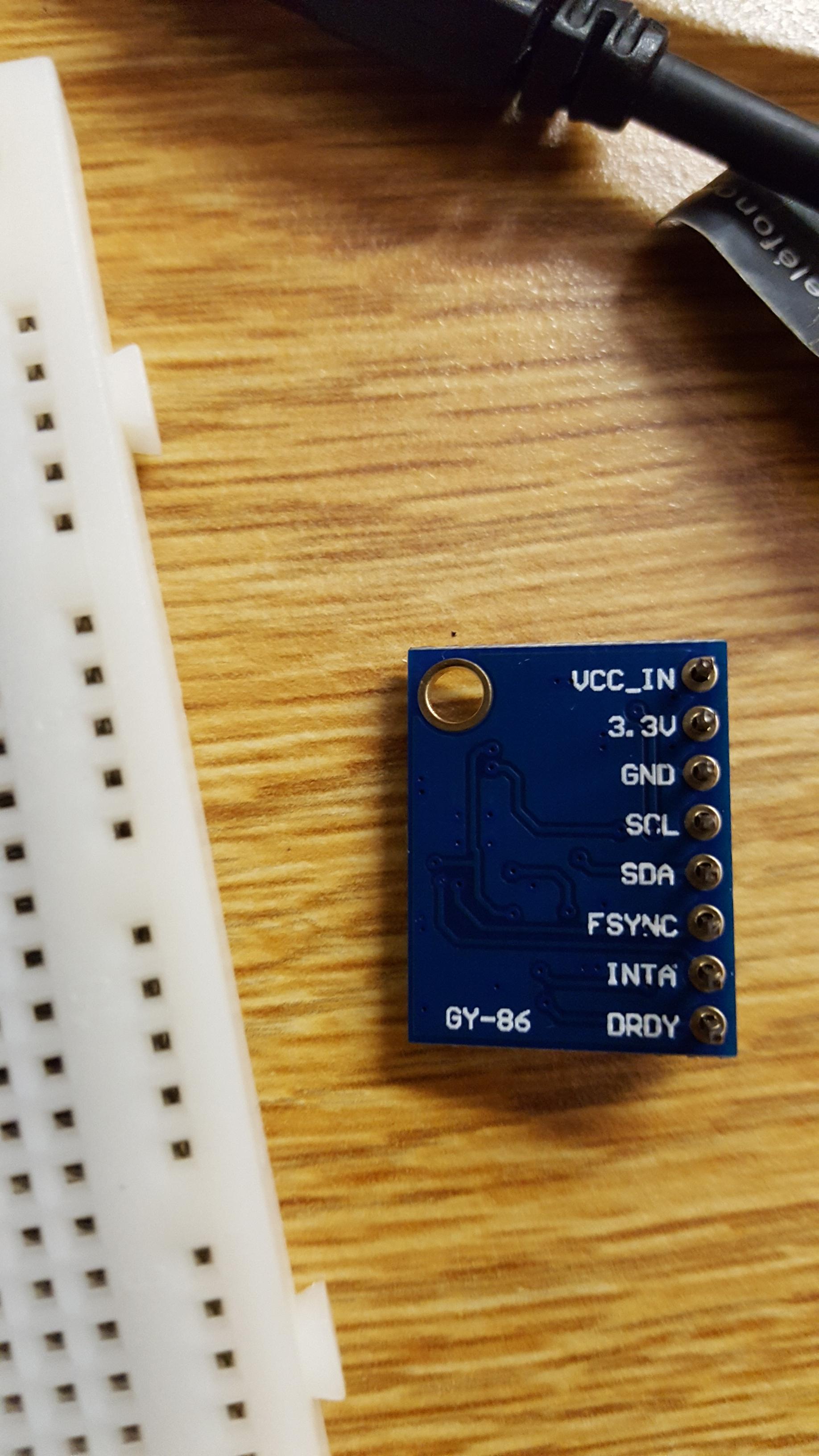 i2c-bcm2708has been removed from the blacklist.

However, when I type the

command, all I see is an empty address field.

It has been brought up that this is an SPI device and not an i2c device. I am not sure if that is the issue, as the vendor page says that it outputs in the i2c format. In addition, the data sheet the vendor provides for the compass on the sensor directly describes the compass as an i2c device.

More explicitly, my question is "how to I get the Raspberry Pi 3 to recognize an i2c device?"

Connecting the chip directly to the SDA and SCL from the Pi to the chip with no breadboard intermediate fixed the problem. wat

I've fixed the problem, but I don't know what it was.

It turns out there was an issue passing the SDA and SCL line through a breadboard. The chip was still getting power through the breadboard, however SDA and SCL were not getting through.

Moving the chip to a different position on the breadboard, and to different breadboard completely still messed up the connection.

The solution was to connect the pinouts on the RPi 3 DIRECTLY to the chip, and I am now able to interact with the device.

Thanks to everyone who commented and helped me get this working, but honestly this solution is just raising more questions than answers. o_O

I spent hours trying to solve that problem today. The issue was also some bad connections in the breadboard. If you face this problem, make sure that both your VCC and GROUND of the device is connected to the Raspberry Pi and also try pushing / moving a little bit the device in the breadboard to see if the i2cdetect identifies it.

enable I2C in the kernel

and add to file

Not the answer you're looking for? Browse other questions tagged python pi-3 i2c or ask your own question.