I've begun tinkering with using electronics and am also new to using Python. I was wondering if someone could help me please?

I have tried the below code but all it does is run the motor if I hold the switch on, and then turns off when I let go of the switch.

I'm away from home at the moment but I've tried to knock up a quick circuit diagram. There is a resistor and diode inline with the transistor but the general gist is there. 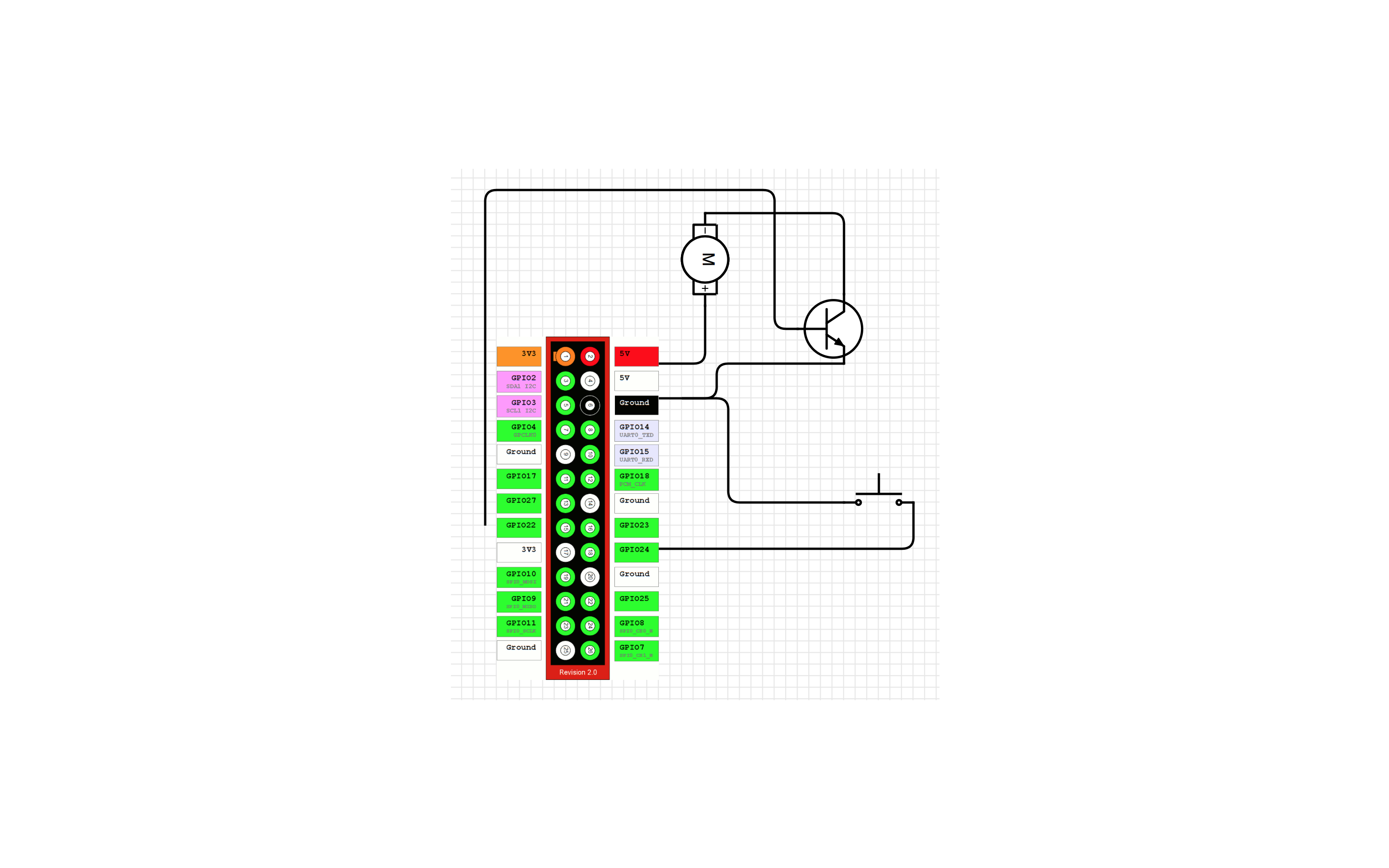 This script will toggle the motor on and off.

It uses my pigpio but you can do the same with RPi.GPIO.

The pigpio daemon needs to be running (sudo pigpiod).

Not the answer you're looking for? Browse other questions tagged gpio python rpi.gpio switches or ask your own question.

2
Python script failing with AttributeError: LED instance has no attribute '__trunc__'
1
spidev.xfer2 in python gives IOError: [Errno 22] Invalid argument
1
GPIO is not working, 5V working, 3.3 V working, Raspberry Pi B+
1
Stuck with the "No access to /dev/mem. Try running as root!"
4
How To Switch On/Off A Circuit using GPIO
0
counter with tkinter
1
How can Rpi move a Servo motor using a GPIO pin in PWM mode?
0
Using GPIO to control 5v relay module not working