Having a bit of a problem on Raspbian Jesse. I have 2 switches which I use to shut down and restart my raspberry pi. Python does an os.system ("sudo reboot") and os.system("sudo shutdown -h now") on the tactile switch press. This works great in previous verson of raspbian on a pi 2 but on jesse on a pi 3, pressing the tactile switches which calls the os.system commands above just freeses my application and that is it. Also every now and then when rebooting or shutting down from the command line it gets stuck as per the attached image and just sits there. 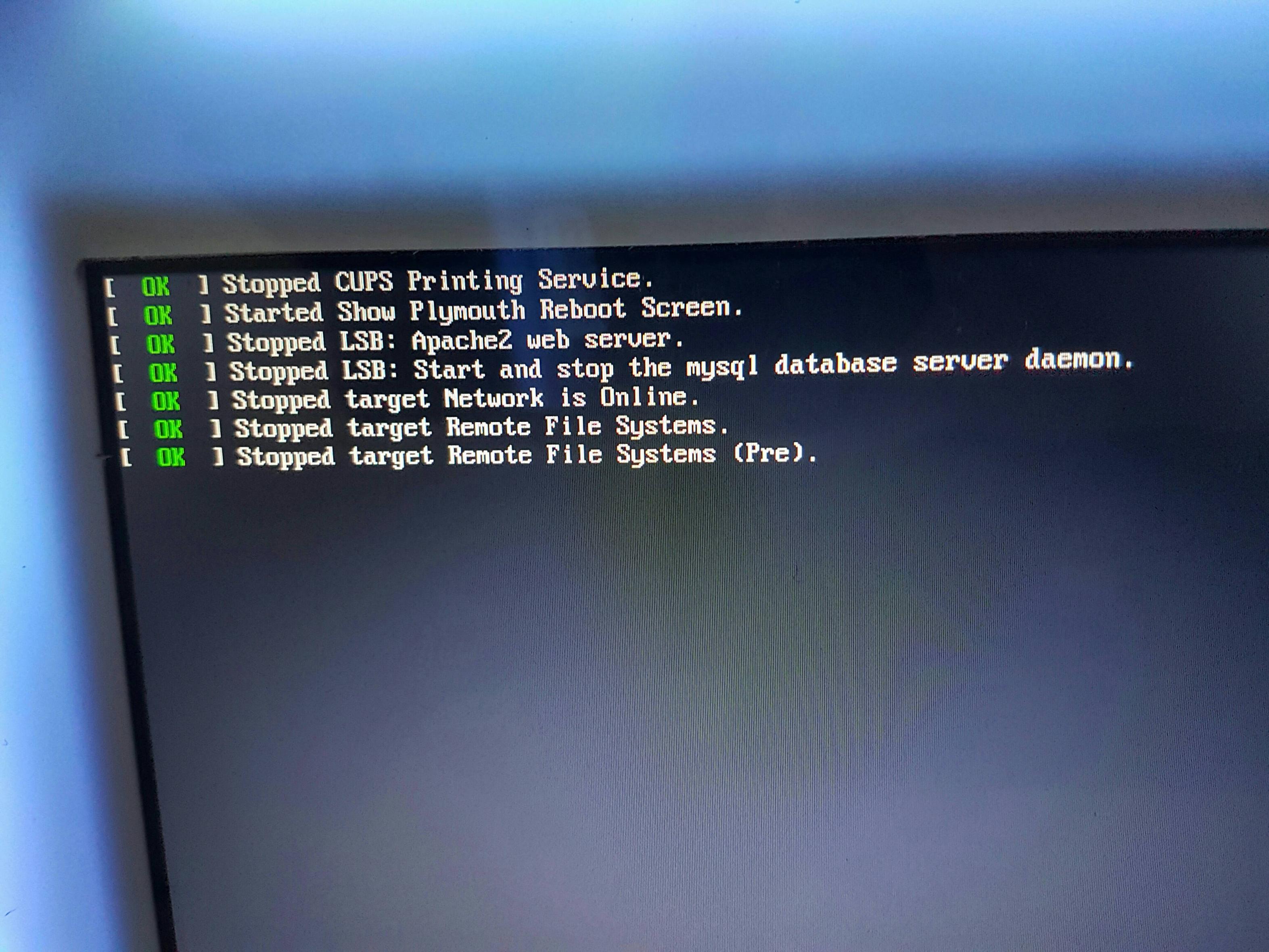 I then have to pull power. Although shutting down from gui or command line it does not happen every time but through my app it does.

Could someone point me in the right direction? I have no idea where to start. Dmesg gives me nothing neither does the kernel log. At least not from what i can see. Thanks for the help.

Browse other questions tagged raspbian python or ask your own question.

7
Raspbian stuck in read-only after reboot
1
Shutdown Procedure
5
Reboot via cronjob does not work, it just shuts down without booting up again
0
cron not running @reboot command
5
How do I disable requiring a password for rebooting or shutting down
3
Cron jobs and python scripts
1
Python Script with Systemctl not working only on Stretch
0
Issues with script run from /etc/rc.local
2
Raspberry Pi in forever reboot loop crontab