Why can't fedora have support for raspberry but Debian does?

This is probably a very dumb question but I have been a little while into the world of Linux for regular PC's and if I know something is that if something "runs" on Linux, little does the flavor matter, be it Fedora, Debian, Suse, etc.; however, this doesn't seem to be the case on the Raspberry as the official OS is Debian-based but Fedora (25) has still very, very basic support for it. I am aware of licensing and freeware related issues, but there doesn't seem to even be "community" answers to this stuff. I was thinking of stuff like "just copy this stuff here, apply this patch and compile, etc." but I can't seem to find anything. Why is this so and what, as regular users, can do about it?

Edit: Just to be a bit more clear on the main matter of the question: Why you can't just e.g. pull the firmware modules from Raspbian and make them work with Fedora just as you would do with a regular binary (compiled for ARM, of course).

I think you're looking for FedBerry. This is a Fedora Remix — a third-party alteration of Fedora mixing Fedora software and... other stuff. This isn't an official Fedora subproject — but is an active and ongoing downstream project of its own. 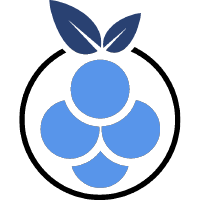 As you note, standard Fedora ARM will run on the Pi 2 and Pi 3 as well, but with some limitations. Our ARM team is working on removing those limitations as much as we can, but the Raspberry Pi Foundation does not have a strong commitment to free software or open source, which ties our hands. Hopefully, as time goes on, this situation will become better.

The Foundation decided to use Debian as OS, even though Raspbian is an independent development.

NOTE the Pi and/or Raspbian are NOT supported by Debian.

There is a significant effort and cost in supporting a distribution. (If you were interested in donating a few million to the Foundation to hire a development team they could build a Fedora distribution.)

Currently Raspbian has a single stream for the ARM6 processor. There are very few OS which run on ARM6.

There are user generated and supported versions of Ubuntu and Arch for ARM7, which run on Pi2/3. There are also other OS with Pi ports. These are all customised because of the Pi boot code, which is totally different to other Linux distributions and require proprietary code.

If Fedora users are sufficiently interested to develop a Pi version it could happen.

Not the answer you're looking for? Browse other questions tagged pi-3 fedora or ask your own question.

1
How to install RealVNC on fedora arm 23?

1
OpenCV camera doesn't work in 'bgr' mode, but works in 'rgb' with inverted colours
1
Lirc doesn't show a remote when I do irsend list
0
Got a weird IP-address in auth.log
2
No Internet except over ethernet; WIFI connects but internet unavailable
1
RaspPi and DYMO LabelWriter, CUPS driver, landscape orientation
2
Transmission: Permission Denied EXFAT
1
A working HDMI switch for Raspberry PI 3?