Transparent serial connection from PC with Arduino via USB

I am wondering if, or how, it is possible to access the Serial/COM connection with an Arduino via a Raspberry PI from a windows PC, in a transparent way, meaning, the PC connects to a serial port on the Arduino, over the Raspberry that acts as a "Bridge" in between. 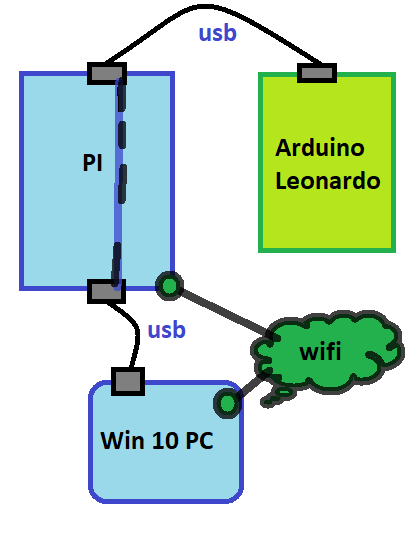 Currently, when uploading software to the Arduino, I always need to disconnect the cable from the PI, and reconnect it again when testing a PI-Arduino serial connection. It would be a lot easier to leave the cables as they are and access the Arduino via the Raspberry PI.

usb serial arduino windows-iot
share|improve this question
asked May 7 '17 at 10:39

Browse other questions tagged usb serial arduino windows-iot or ask your own question.