How to access pi camera with OpenCV to Laptop?

I do not have HDMI supported monitor for Raspberry pi 3. I want to use OpenCV with my pi camera for image processing and access those images and videos with OpenCV image output to my LAPTOP, which is connected to raspberry pi with putty and wifi.

Please help me to understand how can I do this ?

I have used VNC Server but when I run program, NO ERROR, but I can't see any output window there. Screenshot attached below. 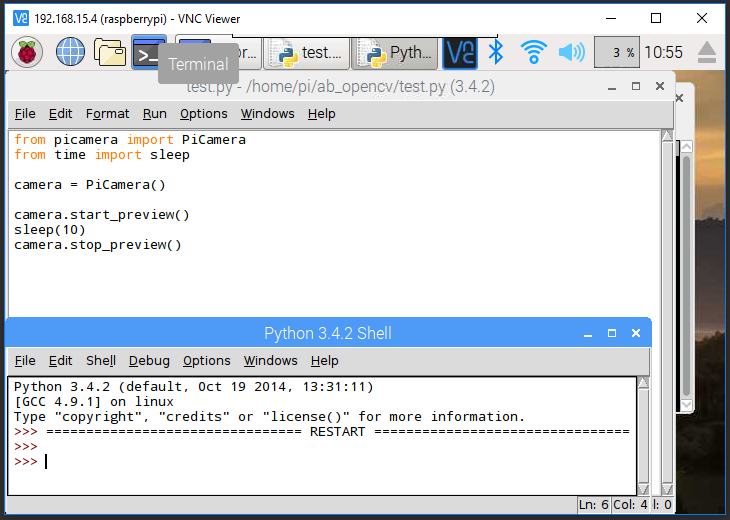 I think the easiest thing to do would be to Run a VNCserver. This way you can login to your pi, much like you do through putty, but with access to the GUI desktop.

Update: Oops, it looks like this has been tried before. Apparently the raspistill and raspivid command line tools won't show up over VNC either.

Since you said you are planning on using openCV, I would try using OpenCV's GUI to show the image:

I think this should be visible over VNC.

Not the answer you're looking for? Browse other questions tagged pi-3 opencv laptop or ask your own question.