Is there any Raspberry Pi version of sagemath?

Is there any Raspberry Pi version of sagemath? Or is it possible to port sagemath anyway to use it on Raspberry Pi? By the way, I have the Raspberry Pi 3B board with 32 bit Raspbian Jessie on it.

The sage version 6.9 for 12.10 Ubuntu arm available through http://mirrors.mit.edu/sage/linux/arm/meta/sage-6.9-armv7l-Linux-Ubuntu_12.10.tar.gz.torrent works perfectly on Pi 3B board with 32 bit Raspbian Jessie desktop. Just extract that downloaded tar.gz file into RPI's home directory and give executable permission to the binary file "sage" by $ sudo chmod +x sage and then launch the program by $ ./sage in terminal and there it goes, a fully working sage interface. 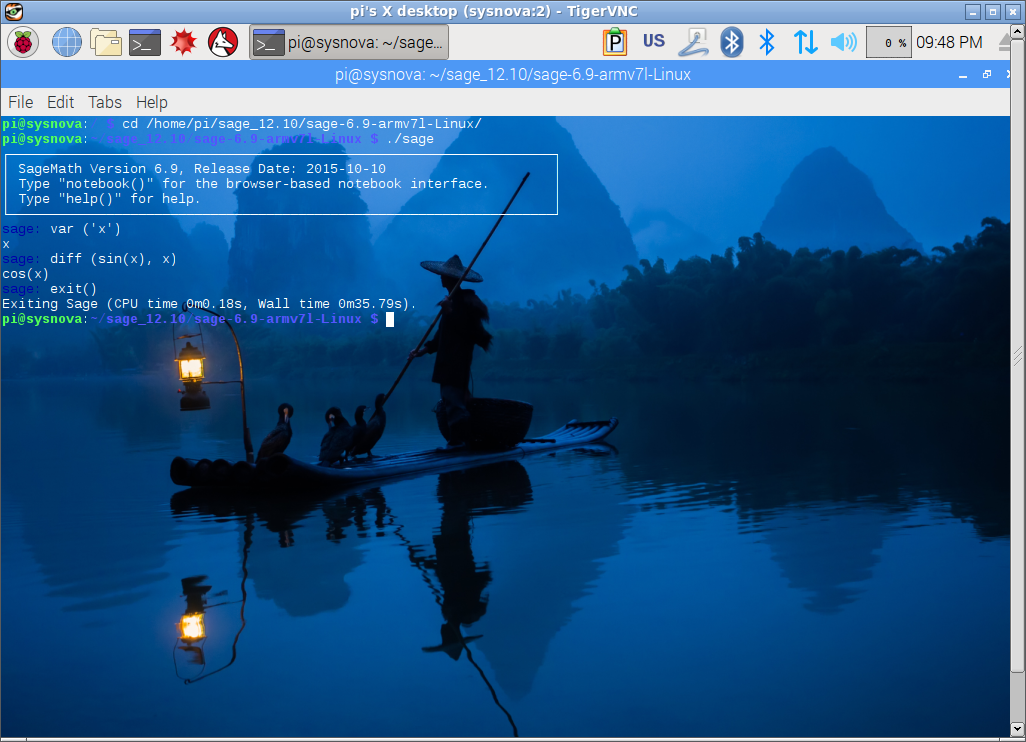 The Raspbian Jessie repositories do not have a usable version of sagemath. The packages that look as if they might be seem to be ancient support packages from 2012, but the main system itself is missing.

While it does look technically possible to compile sagemath under Raspbian (given a couple of days + plenty of additional swap space), it doesn't look as if many people have tried it since Mathematica 10 became available.

Not the answer you're looking for? Browse other questions tagged raspbian pi-3 education or ask your own question.

8
Getting the latest version of R on the Raspberry Pi
3
Raspbian Wheezy, Raspberry Pi 3 and HC05
2
UWP app on Raspbian
0
How can I get WAN connectivity on my Pi using an iPhone 5S hotspot?
4
Is there a specific download for 64 bit Raspbian?
1
How to obtain information about Raspbian Jessie on a Pi?
1
Determine whether Jessie-Lite version is with GUI(Pixel) or not
0
GTk+3 version not the lastest stable version
2
How to upgrade from an old Raspbian version on a Pi without a computer?
3
Tensorflow for Raspberry Pi 3