So, I was wondering if I could light up an led a little bit, so the led wasn't neither off, or completely on.
The only way I found on Google to do that was with pigpio, so I installed the program on my Pi 3 and ran it by using sudo pigpiod, then I decided to write a code to see if it worked, but with no success, here is the code:

When I run the code It prompts me to the color 'selection' input, but when I input something the led does nothing.

The code works as expected. 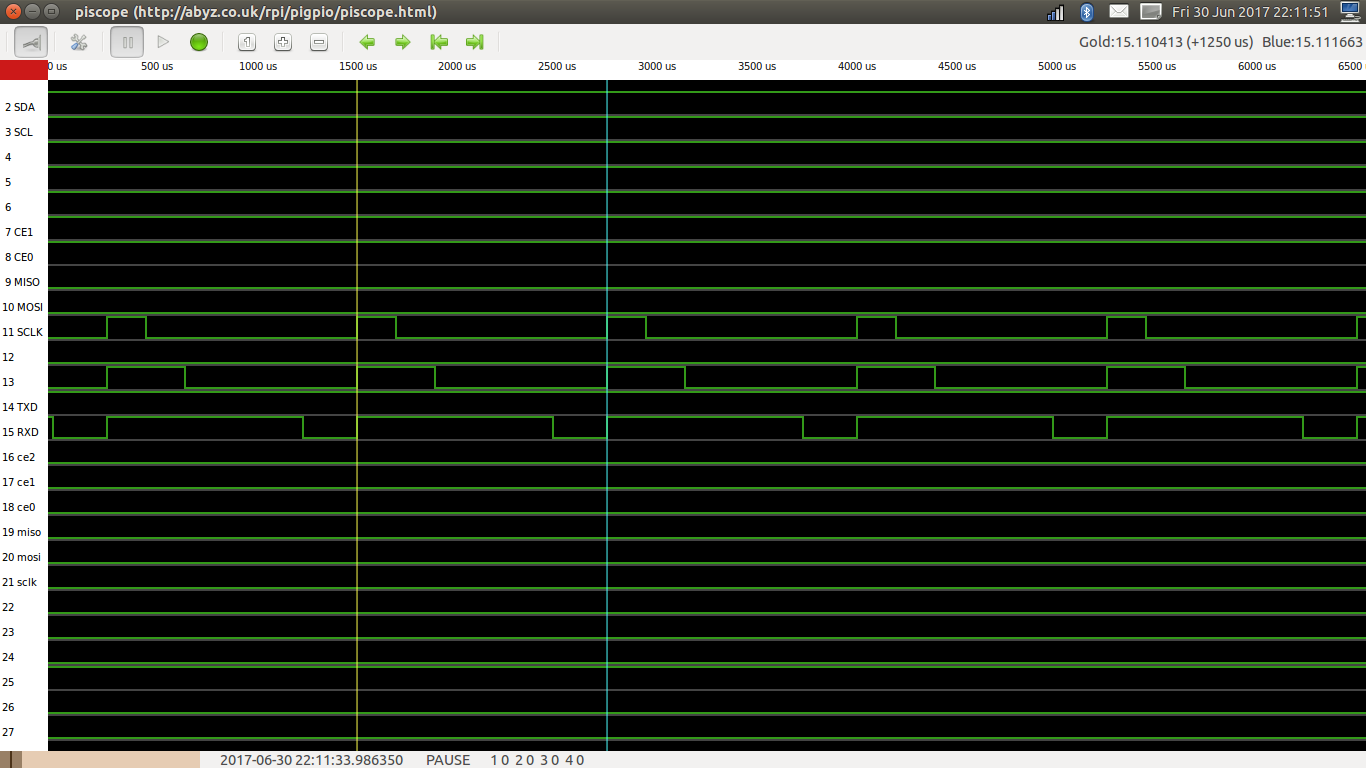 The most likely explanation is you don't have your LEDs connected to (Broadcom) numbered GPIO 11/13/15 or they are incorrectly connected.

Hope somebody else finds this helpful.

Not the answer you're looking for? Browse other questions tagged gpio python pi-3 led or ask your own question.

2
Python script failing with AttributeError: LED instance has no attribute '__trunc__'
1
Can't get Raspberry Pi to Control LED Lights
1
GPIO (using sysfs problem)
0
3 PWM pins for RGB LED
3
Controlling LED strip from GPIO Help?
1
RGB Led flickers when controlled by GPIO Raspberry
0
What values for PWM to set intensity from 0 to 255?
1
RGB LED - Only first color activates when multiple colors are called
0
How can i set up my owm serial communication between two Raspberrys?