Raspi's USB and Ethernet occasionally shut down when connecting relay board

I am having trouble with a Pi 3B connected to a 16-channel relay board (something like this: https://www.amazon.com/Lysignal-Channel-Interface-Optocoupler-Protection/dp/B073GR9MPQ

The problem is this -- there seems a weird power interaction between the board and the Pi. The board has pins for the 16 inputs along with 5V and GND; it also has a separate 12V DC input which is required for the relays. I connect the pins to the GPIO of the Pi model 3B. I have to use 3.3V instead of 5V because otherwise the GPIO pins changing between lo and hi is not detected by the board. But this seems to work fine, and other people have suggested that it's ok to use 3.3V here.

Now, I noticed a strange thing, that is when I remove the Pi's standard 5V power supply, the unit is still somewhat powered, apparently through the relay board. The real problem however is that the Pi sometimes, and I don't know what triggers this, shuts down part of its peripherial controllers, namely the USB and the Ethernet (HDMI is not affected). At first I thought this was solved by powering the Pi first, followed by the 12V of the relay board. But now I had a situation where USB and Ethernet shut down after a random period running the system (around half an hour I think, I only noticed by coincidence).

I also have to say that I have stacked 9 Pis and 9 relay boards on top of each other, without using closing cases, so I think ventilation and temperature are ok. I am looking for any hints as to what is causing this -- is it harmful? can I recover without taking down the Pi and repowering it? Can I fix this somehow? Is there some message logs I should be looking at (can only do this after cold reboot, because I have no network and keyboard after the shut down).

Below is a "schematic" and an older photo that has only two Pis set up so far. 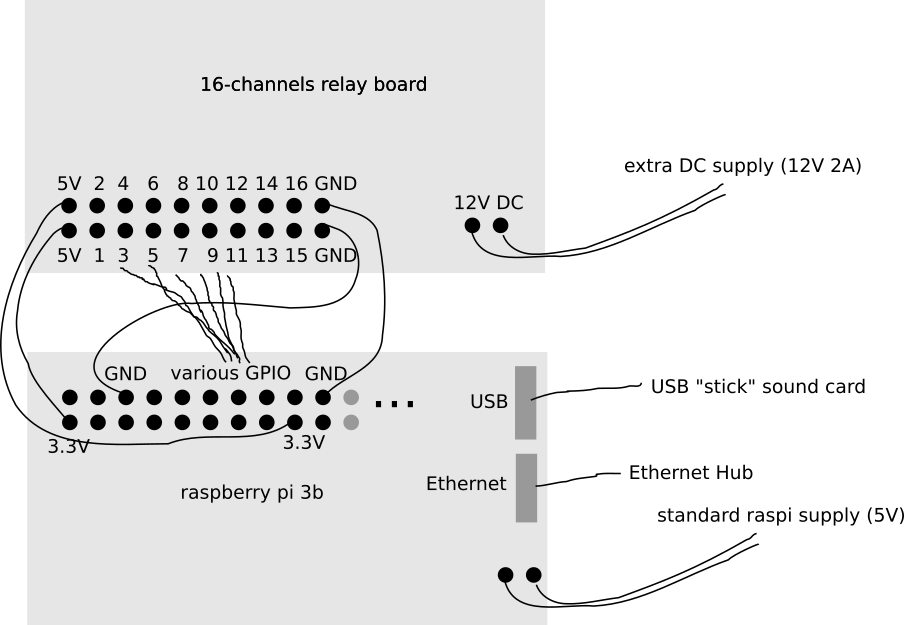 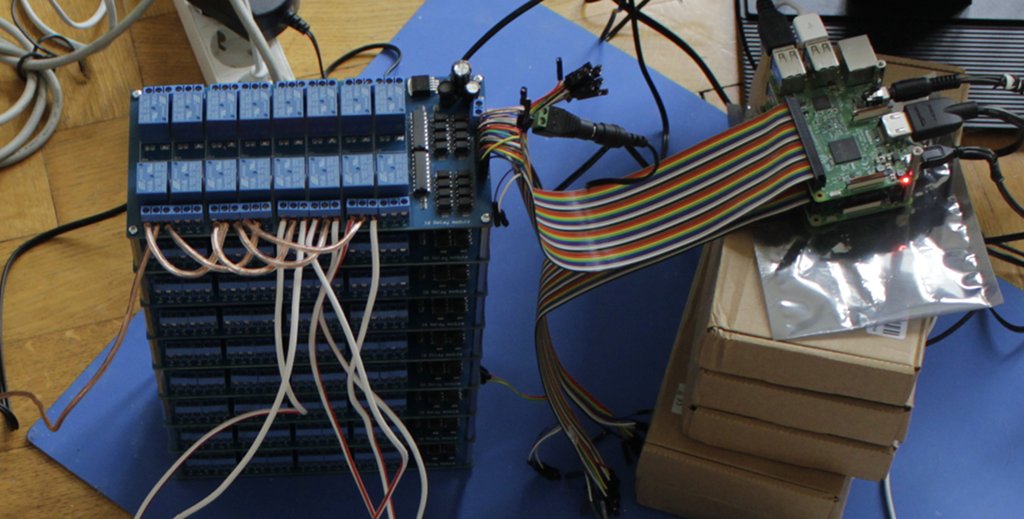 Edit: I looked again at this video, and some comments go in similar direction. My theory now is that the board feeds 5V actively back into the GPIO's 3.3V supply. This is probably bad, but that was the only way I got the relays switching, and didn't notice any problems so far, it also seems to be what the guy in the video is doing. I'm in a very stressful situation, so any help getting this "fixed" with minimum effort would be appreciated (i.e. I have no time or resources to add regulator chips or whatever).

You will need level conversion (something like 4× 74AHCT125), and use the 5 V power instead of 3.3 V. Also, there's a good chance that the 16 optoisolators are drawing more current than a Raspberry Pi can supply, and that might be causing your USB controller (and hence Ethernet too) to shut down.

Backfeeding 5 V into the 3.3 V GPIOs could well damage your Raspberry Pi, especially when the 5 V is coming from a board with lots of inductive loads such as relays.

Shut down of USB devices (as is the Ethernet port on the Pis) may also happen due to undervoltage of the 5V rail. What does vcgencmd get_throttled has to say? If your Pi has seen undervoltage since last boot, you'll see 0x50005, otherwise 0x50000, as far as I know.

I can confirm that the problem disappeared after inserting those Logical Level Converters. I used two 8-channel converters, each with 3.3V, 5V, and GND attached to the GPIO, and the relayboard only having GND and the input pins attached, no need to connect its 5V "inputs" (which I think are reference outputs). The boards I used look similar to this: 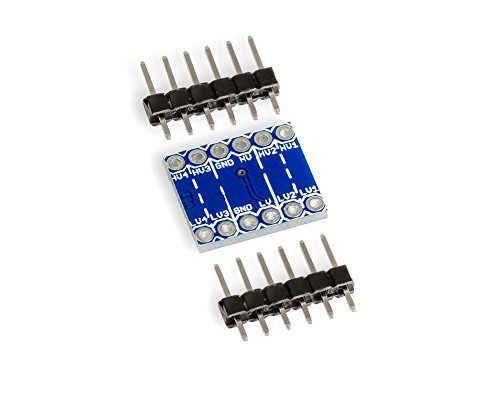 Not the answer you're looking for? Browse other questions tagged gpio usb power relay or ask your own question.

6
How to add isolation between raspberry pi and relay board?
0
GPIO switch relay 12V AC
0
Raspberry pi control on/off switch with Relay
0
Relay board failing when connected to RPi3 5V pins
2
Rpi GPIO Controlling 5V Relay Problem
1
How to turn off relay when RPi shuts down
1
How to activate two pins on GPIO which have to be active or not active when I shut down the raspberry pi 4B?