I have a Raspberry Pi 1 Model A and have a simple hobby project I'm tinkering with. I will have two pushbuttons (PB1 and PB2 respectively) wired to the GPIO pins, as well as a buzzer and an LED. The idea is to power this on with batteries.

I want to make sure that the hardware I've selected is compatible with my pi (especially the buzzer) and that I'm not gonna fry my pi. 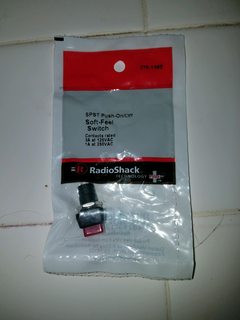 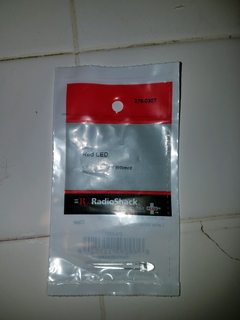 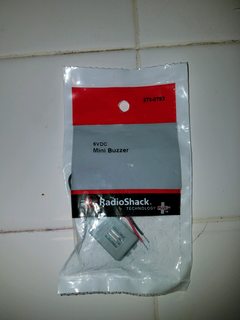 Can I wire these components directly to my pi's GPIO pins or should I put any protective elements (resistors, etc.) in between them? Keep in mind that there would be periods of time when all of them would be operating at the same time (the pushbuttons are being pushed, the LED is being lit up and the buzzer is sounding). Or are there other parts with different ratings that I should be using? What types of batteries would work for this project (it's fine if I have to replace the batteries often, they don't have to be heavy duty this is just a toy project). Thanks in advance!

From the schematic of the Raspberry Pi it looks like the GPIO have limited chip protection on the board. https://www.raspberrypi.org/app/uploads/2012/04/Raspberry-Pi-Schematics-R1.0.pdf

So you should use a pull up/down resistor to ensure some regulated power for the button logic and have the inputs connected to the GPIO pins like this: http://www.madsciencenotebook.com/files/pullup.png

Driving the LED will also require a resistor or two to get the current through the LED correct. You'd also want to drive the speaker from a power rail with a switch as the Pi might not be able to supply the 6V for driving you speaker, I'm not sure what the exact output voltage of a Pi PINs are but I don't think it's over 5V. http: //www.electronicshub.org/wp-content/uploads/2015/02/Driving-a-Speaker.jpg

As for batteries a 9V with basic voltage regulation to supply 6V for the components and 5V 1.2A for the Pi or you could use 4 AA batteries but one 9V would be cheaper.

Not the answer you're looking for? Browse other questions tagged electronics or ask your own question.

2
Raspberry pi and shift register
0
Replace USB port with USB cable RPi Model A
7
Is there a component out there that can push a button i.e. will extend a rod about 1 inch and then retract it?
1
12v+ on Raspberry Pi Ground Pin
2
Connection guide for GT-511C3 Fingerprint Scanner and Raspberry Pi 2 Model B
0
Model A and peripheral component compatibility